The Sun is essential to human existence. Without it, life on Earth would cease to be! Mankind has worshiped and feared it in equal measures for thousands of years.

But modern science has unraveled a lot of the mysteries surrounding our nearest star, making for some fun discoveries and revelations.  Now, sit back and bathe in these fun facts about the Sun:

1.  The Sun is seriously hot stuff.

The Sun is a star and the heart of our solar system. The heavenly body is made up of 28% helium and 70% hydrogen. The surface of the Sun (what people can see) is 5,500 degrees Celsius. But the core can actually exceed 15 million degrees Celsius!

The incredible energy at the heart of the Sun is generated by nuclear fusion. This is a process in which atomic nuclei combine to form a heavy nucleus. 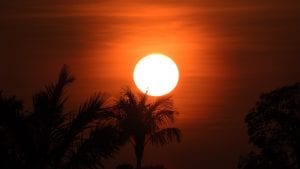 The Sun is gigantic – it’s approximately 1,400,000 km in diameter! 99.8% of all the mass in the Milky Way can be attributed to the Sun. To put its size in perspective, if it was hollow, you could fit one million Earths inside it. To get its mass, you would need to multiply the Earth’s mass by 330,000!

Right now, the distance between the Sun and the galactic center is roughly 25,000 light-years. It’s not stationary. It is moving at a speed of 220 km every second. It completes one orbit of the center of the galaxy every 250 million years.

The Sun looks like one big ball of light but it has layers, namely: the photosphere, chromosphere, and corona. Speaking of the Corona, it is the source of plasma ejections, also called solar winds, that can reach speeds of 450 km per second as they cross the solar system.

The various parts of the Sun do not all spin at the same rate. For instance, you have places at the equator that can complete a rotation in 25 days. When you move to the poles, you will find that they take 36 days. The internal region of the Sun also works on its own schedule. It completes its rotation in 27 days or so.

7.  The Sun’s distance from Earth is always changing.

The distance between our planet and the sun doesn’t stay the same. It normally ranges between 147 million km and 152 million km. You can blame this on the fact that the Earth follows an elliptical orbit when revolving around the Sun.

Light travels at 300,000 km every second. Because the distance between our planet and the Sun is roughly 150 million km, it takes light from the Sun eight minutes to reach the Earth.

8.  The Sun is older than we can possibly imagine.

The Sun’s is roughly 4.5 billion years old! That seems like a long time. But in truth, half of the Sun’s life is gone. It has 5 billion more years to go, after which it won’t be the yellow dwarf star we know today. 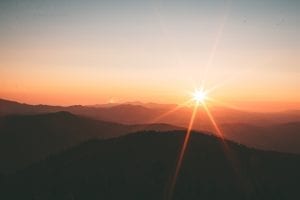 9.  The Sun will eventually die.

Even though you can fit one million Earths inside the Sun today, at some future point in time, the Sun will collapse in on itself, becoming roughly the size of our planet.

10. The Sun will destroy the Earth – eventually!

The Sun is slowly growing hotter. Around one billion years from now, it will grow so hot that all life on Earth will be extinguished. In 7.6 billion years, the Sun will expand, too – engulfing the Earth along with Mercury and Venus!

FAQs about The Sun

What is the Sun’s real name?

We call the Sun ‘the Sun’, but it’s also known as Sol!

What is the main purpose of the Sun?

The Sun’s main role is - of course - to give us all light and warmth, and therefore stimulate life.

How many Suns are there in the universe?

The Sun is a star - and there are more than an estimated 200 billion of those across the unexplored universe!

Do you know any interesting facts about the Sun? Share them in the comments below!

This page was last modified on September 29, 2022. Suggest an edit