Cape Canaveral is an American city on the west coast of Florida. However, you’ll likely know it best for its connections with space travel and its fantastic coastline! Here are some fun facts about Cape Canaveral worth strapping in for.

1. Where exactly is Cape Canaveral, anyway?

It is in the county of West Brevard and is bisected by the Banana River.

Cape Canaveral is most famous for being the home of NASA.

3. Testing of missiles and other important projects started life here in the 1950s.

Cape Canaveral began working on special projects in the 1950s with the testing of missiles. 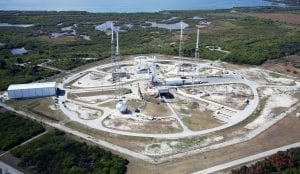 NASA was officially formed in 1958. Space exploration began from there when the first spacecraft from Cape Canaveral departed in 1961 on May 5th.

5. The first craft to leave Cape Canaveral was named after the first planet closest to the Sun.

The name of the first manned space mission leaving Cape Canaveral was called ‘Mercury’. It was manned by Alan B. Shepherd.

The first lunar landing from Cape Canaveral was, of course, in 1969 – on July 16th. The crew were; Neil Armstrong, Michael Collins, and Edwin ‘Buzz’ Aldrin.

Today, Cape Canaveral is involved with several specialized activities. These include a landing facility for the Space Shuttle, a vehicle assembly site, and the John F. Kennedy Space Center.

During some operational activities from Cape Canaveral, some beaches are closed. This is for safety and security reasons. Public notices are posted with announcements in local media, so don’t worry too much! 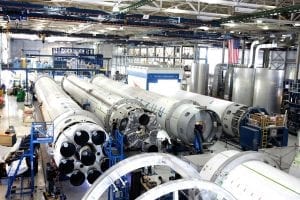 10. Cape Canaveral is split into quarters.

There are 4 main divisions of operations at Cape Canaveral. They include; Aeronautical, Science focusing on the solar system, Space Technology, and Human Exploration.

11. The location is all to do with kinetic energy. 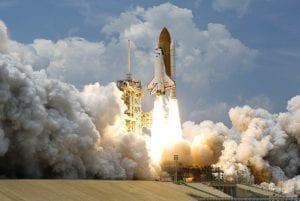 There is a manatee sanctuary, based on a fabulous ten-acre site, in the heart of Cape Canaveral.

Golf enthusiasts won’t be disappointed at the courses of Cape Canaveral district. For something extra special, how about testing your handicap at ‘Golf and Gator’, where an alligator sanctuary enables you to play up close to snappy beasts whilst enjoying an afternoon on the links!

The Florida Beer company has an outlet at Cape Canaveral. They have a huge range of 52 different lagers, ciders, and ales. You can even come along and taste them for yourself! 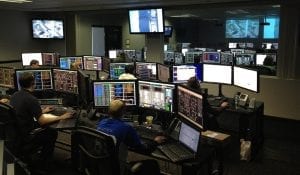 Jetty Park is a famous waterpark where you can come and cool down – particularly given that the summers here are so scorching!

Is Kennedy Space Center the same thing as Cape Canaveral?

No - in fact, you’ll actually find the Kennedy Space center out on Merritt Island.

Is Cape Canaveral always open to the public?

Much of the time, yes! The museums and exhibits here generally won’t need you to present passes, either.

Can you swim in the water at Cape Canaveral?

Yes! In fact, during the warmer months, it is absolutely recommended.

Do you know any fun facts about Cape Canaveral? Share them in the comments below!

This page was last modified on January 11, 2022. Suggest an edit