Located in North Africa, the River Nile is one of the most famous rivers in the world.

Egyptians have relied on this river since ancient times for irrigation and transport. Ready to learn more? Here’s 12 fun facts about the River Nile.

1. Is it really the longest river on the planet?

Although traditionally considered the longest river in the world, the starting point of the river is disputed often, and many people consider the Amazon River to be the longest in the world.

2. It traverses many different territories.

3. It’s hardly depended on by animals.

Humans are only one of the many species that rely on the Nile, as it flows through a wide variety of ecosystem across its course. Hippopotamuses, which were once common through the Nile system, are now found only in the Al Sudd region and to the south.

The Nile crocodile is one of the largest crocodiles on the planet and is found in most parts of the river. Other reptiles such as around thirty species of snakes, soft-shelled turtles and three species of monitor lizards are also found in the Nile basin. 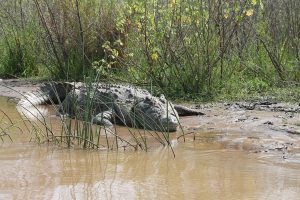 4. What are the white and blue Niles?

The White Nile and the Blue Nile are two major tributaries of the Nile.

5. Where does the name ‘Nile’ come from?

The name of this extraordinary river originates from the Greek Neilos.

6. There are some big critters in the Nile.

The Nile crocodile is one of the largest crocodiles on the planet and is found in most parts of the river. These crocodiles are responsible for the deaths of many people each year.

Although their habitat has shrunk over the years, these reptiles could be found as far up as the Nile Delta at one point in time.

7. A calendar was based around the Nile!

The Ancient Egyptians created an accurate calendar because the flooding of the Nile River was such a regular annual event.

“May you always drink from the Nile” is a common Egyptian blessing to this day.

The Aswan High Dam was completed in 1970. It curbed the river’s floods and provides around half Egypt’s power. 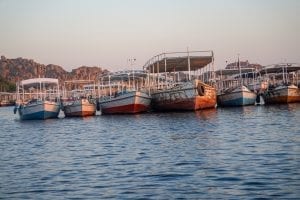 Hapi was the Ancient Egyptian God of the Nile. “Lord of the Fishes and Birds of the Marshes” and “Lord of the River Bringing Vegetation” were some of the titles that he was known by. Hapi was honored for the floods which brought fertility to the lands.

12. Many people live around the river!

The Nile Delta region is home to over 40 million people (which is around half of the population of Egypt). 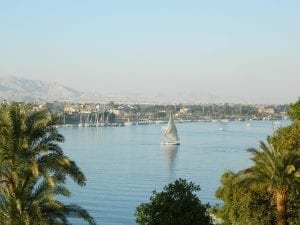 FAQs about The River Nile

Can you swim in the River Nile?

Yes - you can in some cases! Make sure to check when you travel.

Are there sharks in the River Nile?

No - there’s no sharks in the Nile, but there are a few toothy beasts such as crocodiles that you should look out for!

Has the Nile ever frozen over?

No - in all of recorded history, the Nile has never once frozen over - it’s too hot!

Do you know any fun facts about the River Nile?  Share them in the comments below!