We’ve all felt the wind blow at one time or another – but how much do you actually know about this weather phenomenon? Do you know what causes the wind, or how you can measure it? Right here, we’ll take a look at some fun facts about the wind, and all the science behind it!

Without the wind, we wouldn’t experience any change in climate or weather – it arrives in many different strengths and blows from all directions.

2. But what exactly is the wind, anyway?

The wind is, literally, air moving relative to the Earth – and it generally changes thanks to pressures in the atmosphere. For example, air can move up and down with pressure, which then changes how fast the wind blows.

3. The Doldrums are real.

Not everywhere on Earth experiences wind. Ever heard of getting stuck in the Doldrums? The Doldrums is a literal place – and very little wind occurs here, making sailing very difficult. 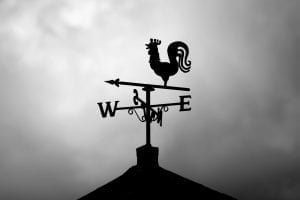 The strongest ever surface wind on record occurred in April 1996. Specifically, it was Hurricane Olivia, a tropical cyclone, that caused extreme wind speeds in Australia’s Barrow Island. Speeds of wind here exceeded 408 km per hour – or 254mph!

5. Wind is measured in many different strengths.

Winds come in all strengths and sizes. For example, there are gentle gusts, then breezes, then gales – and hurricanes are amongst the worst, as they can cause widespread damage and flooding.

6. What are trade winds?

Trade winds go from south to north, or from north to south. They curve around the Earth, and you will normally feel them if you are in the region of the equator.

Ancient Greeks believed in four deities who controlled the winds – they referred to them as the Anemoi.

How fast is a gale? Officially, it’s faster than 32 mph but no faster than 63 mph. Now you know!

9. We’ve always tried to make the most of the wind.

We’ve known how to harness the wind for a long time – it’s helped us to design sailboats, and to take up hobbies such as kite-flying, for example! 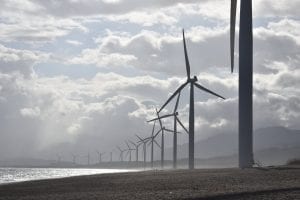 10. In fact, did you think wind power was a new fascination?

Wind power is nothing new, even though it’s seen as a current way to create sustainable energy for homes. The very first home to benefit from complete wind power took up the gauntlet all the way back in 1887!

11. Wind power’s stronger than you think.

In fact, let’s consider how powerful wind turbines actually are. Believe it or not, they can spin at speeds of up to 200 mph – blistering!

Earth is not the sole planet to experience wind. Believe it or not, researchers have found that Neptune is a windy planet, too – with 1,300 mph being the top gales out here. If we ever reach there, you’d better hope we take some kites! 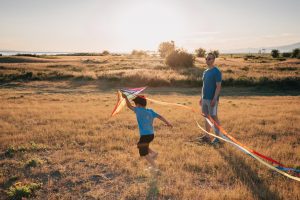 Windmills are oddities in and of themselves. Did you know that they used to move anti-clockwise? On the whole, they spin the other direction in the modern age.

Wind power is not as niche as you may think it to be. In fact, around 4% of all power on Earth is generated from the wind. 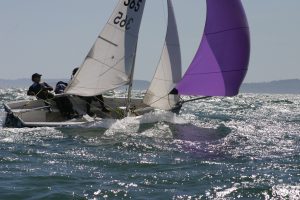 FAQs about The Wind

When walking, 20 mph winds can feel inconvenient - but manageable!

What speed is a tornado, generally?

Can you stop a tornado?

No - it’s one of few features in nature that we have very little control over - we have to let them pass!

Do you know any fun facts about the wind?  Share them in the comments below!

This page was last modified on December 22, 2021. Suggest an edit