If you were born between the dates of August 23rd and September 22nd, you’re a Virgo! Virgos tend to be intelligent people who know what they want – and they can often be very dependable! Of course, star signs are a lot of fun to think about, and whether or not you fully subscribe to astrology, it’s always interesting to see what the star signs we were born under have to say about our personalities!

Ever looked up your horoscope before? If not, now might be a good time to start – here’s a stack of fun facts about Virgo to help fascinate anyone born between August and September.

1. Where does Virgo lie in the running order?

Virgo is, technically, the sixth sign in the modern, western zodiac. However, it covers the eighth and ninth months of the year. This is because the modern zodiac calendar starts with Aries, in March/April.

2. Virgo is visible all the way up to Halloween.

Virgo as a constellation will play host to the sun across the birth dates listed for the star sign and will remain visible in the night sky until around the end of October.

You’ll actually find that the constellation of Virgo plays host to some fairly dim stars – but that’s not casting aspersions on anyone born under the constellation! However, it’s one of the most densely packed constellations in the zodiac, with only Sagittarius containing quite so many objects. 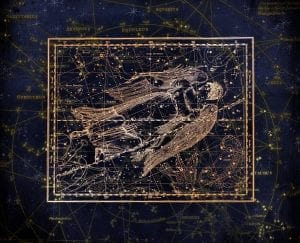 A Virgo is generally very intelligent (despite the dim stars!) and are well-known for their strong memories. They are also very concerned with matters of reasoning, and will go to great lengths to analyse things, applying their own knowledge.

Virgos also tend to be very creative. If there’s a star sign in the zodiac that loves detail, it’s Virgo – they will likely put in an awful lot of attention and detail into their work, making their creations spectacular to behold.

Your average Virgo is likely to be into the arts and music and will also have an affinity for mathematics. They tend to be good all-rounders in this respect.

Virgos, or Virgoans, often don’t like to be the centre of attention – this is clearly represented by the symbol of the virgin maiden, who gives Virgo its name. This symbol is actually based on the legend of Astraea, who was the last deity to flee the Earth to Olympus.

Virgo means ‘virgin’, and therefore refers to chastity and fertility. However, this also means that a Virgo is likely to focus on a task and to be dependable when it comes to getting some of the trickiest and longest tasks finished off.

8. Who are some famous Virgos?

There are, of course, many famous Virgos out there. Some you may have heard of include actor Chris Pine, the late Michael Jackson, and Mother Teresa.

Your average Virgo is thought to be very kind and generous, and feels very deeply about things. They are extremely analytical and tend to be quite bookish.

However, try not to keep a Virgo waiting for too long. They tend to drift easily when it comes to frivolous things they’re not attempting to create or finish. 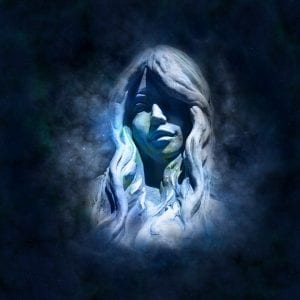 10. Virgos appreciate their own space.

A Virgo is never likely to get on with people who invade their privacy. Your average Virgo is likely to try and keep their private business their own, and that goes for extroverted Virgos as well as introverted ones.

Virgos tend to hate mess and disorder, and dislike people who are unable to make their own decisions. Therefore, a Virgo may not be likely to suffer fools too gladly. What’s more, they are unlikely to be attracted to people who show off, even if they have plenty of reasons to do so.

12. Never make an assumption around a Virgo.

Virgos hate being judged. They know what’s best for them and can therefore sometimes be a little stubborn when it comes to accepting criticism. However, Virgos abhor chaos, meaning that it’s likely they will boil with a quiet fury rather than explode on you!

A Virgo loves order and rhythm. Many will have a set way of doing things and deviating from this is likely to be nothing short of complete chaos. Therefore, always be sure to tread carefully when it comes to intruding on a Virgo’s territory or personal space! 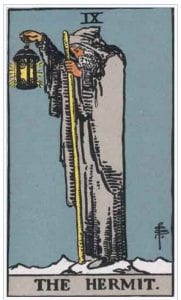 Who are Virgos most compatible with?

Virgos have high compatibility with Scorpios, Cancers, and Tauruses.

Who are Virgos least compatible with?

Virgos often clash with Libras and Leos, as well as other Virgos!

How would you summarise a Virgo?

Virgos are perfectionists and are extremely creative - they have a set way of doing things and will take their time to do so!

Do you know any fun facts about the Virgo zodiac sign?  Share them in the comments below!