Large, majestic and ever so slightly odd, the walrus is a magnificent creature that’s fascinated many of us over the decades! In fact, it’s popped up in all kinds of pop culture over the years – but how much do we really know about these tusked beasts of the Arctic? Here are some fun facts about walruses to help you out.

1. Walruses love to be beside each other.

Walruses absolutely adore company – and they’re very loud, with it. You’ll normally find hundreds upon hundreds of the beasts braying at one another around the Arctic they call home!

Walrus tusks are suitably massive – they can grow up to three feet long – but did you know they are used primarily for mobility? A huge walrus has no safe way to get in and out of water without spiking their great tusks into the ground!

3. Tooth is actually the right word, too!

In fact, walrus tusks are simply oversized teeth – they are similar to our own canine teeth, believe it or not. Many walruses even partially walk on their tusks – and why not, indeed! 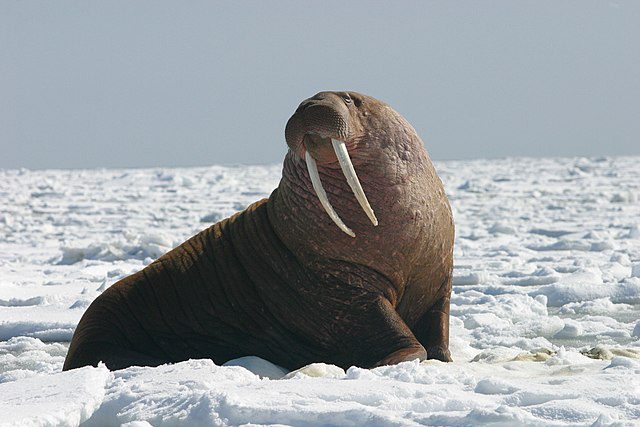 4. They enjoy being out in the sun – wouldn’t you?

Walruses tend to enjoy sleeping a lot – and they love sunbathing on ice, too. They usually like pulling themselves up onto ice partitions and even onto sandy beaches to bask in the sun. However, they won’t normally stray too far from the shallower end of the water, as this tends to be where they find the best food.

The walrus’ heavy-set body will normally mean it is ideally suited to arctic waters and climates. However, this animal also has the ability to slow down its own heartbeat to keep floating along in the cold, too!

6. They leave home at a young age – relatively speaking!

Walruses tend to live with their mothers for around three years before going their own way. Believe it or not, walruses are even able to swim from birth – they are highly skilled in the water, as it happens!

7. Walruses will normally see out four decades in their habitats.

Walruses have fantastic lifespans – they will live for up to 40 years or more in the wild! However, they have had lives cut short over the years thanks to human hunting – they were once widely hunted for their meat, as well as their oil – and of course, their tusks.

8. We nearly said goodbye to walruses for good.

It’s actually thought that walruses nearly entered extinction as a result of excessive hunting. This was occurring as recently as 70 years ago. Thankfully, it took 30 years – but walruses soon started prospering again in time. That’s largely thanks to their hugely social behavior!

9. Off to join the commune!

Calves that leave home from their mothers will often go to live with a herd that’s made up of their own sex. For example, a male walrus calf will normally go off to live with other men! 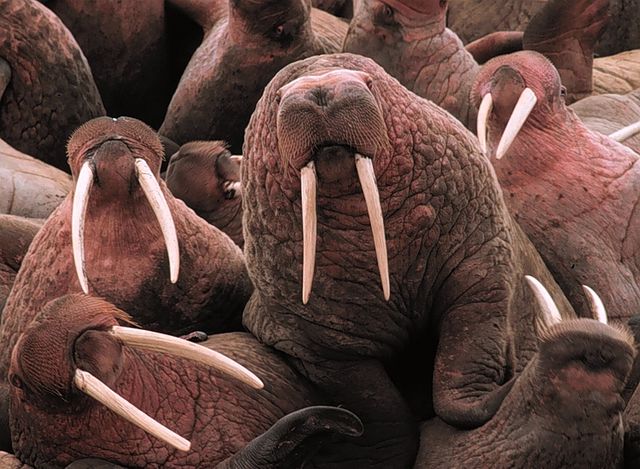 Walruses are actually covered in fur – not much, but it really does help out when the waters get particularly cold.

The walrus’ Latin name is truly spectacular. It’s Odobenus rosmarus. That might not seem so special to non-Latin speakers – but it translates roughly as ‘tooth-walking seahorse’! 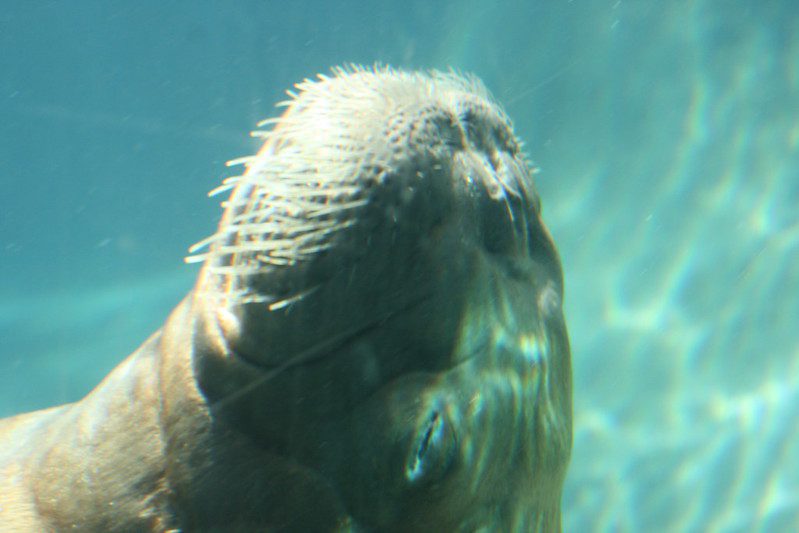 No - walruses won’t actually attack people unless they feel they are under threat. They are not as aggressive as they may appear, and those tusks are normally used for stability.

Walruses once faced extinction as a result of over-hunting over the decades. While conservation efforts have forced this back, the walrus is now sadly at risk of losing its habitat due to climate change - as their food supplies dwindle in the heat.

What do walruses eat?

Walruses eat a wide variety of seafood - from clams and crustaceans - even to octopuses!

Do you know any interesting facts about walruses? Share them in the comments below!