Many people outside the US will likely know the state of Alabama best from a certain Lynyrd Skynyrd song – you know the one! However, it’s one of the most fascinating states in the whole of the country for plenty of other reasons. One of the staple states of the south, chances are there are plenty of fun facts about Alabama you didn’t know! Let’s dive in and find a few.

1. What’s the current capital of Alabama?

Alabama, believe it or not, is famous for its connections to rocket design and engineering. That’s thanks to many Alabamian engineers having worked on NASA rockets. The most famous, of course, was used during Moon missions!

3. Mardi Gras is a big thing in Alabama.

Alabama was an early adopter of Mardi Gras celebrations in the USA. 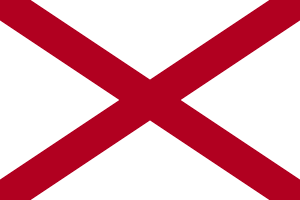 4. Pioneering surgery emanated in the state.

The first open heart surgery in the West took place in Alabama, thanks to pioneering work by Dr Luther Leonidas Hill.

Around five million people live here, and the state ranks fairly in the middle in terms of size, at 30th overall.

Steiner Shipyard, found in Bayou La Batre, has built some very famous boats. One of the most famous in recent times is, of course, the Black Pearl from the Pirates of the Caribbean movies!

7. There were once wooden trails across Alabama.

Alabama’s roads used to be made from wood. That’s because pine logs were once used to help deliver cotton gin across a four mile stretch!

8. There may be explosives buried deep.

A major player in ceding from the Union, Alabama is still potentially home to explosives buried deep from the American Civil War. A huge stock of ten cannonballs, for example, were found deep beneath pavements near the University of Alabama.

9. What’s the official drink of Alabama? 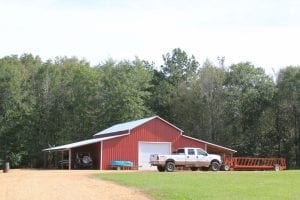 There is – believe it or not – a historic property in Bessemer called Sweet Home. Its formal address, therefore, is Sweet Home, Alabama.

11. Alabama was a big player in the Civil War.

Alabama has a huge role to play in kicking off the American Civil War, with a telegram declaration emanating from Montgomery thought to have triggered the internal battles that followed.

12. Who are some famous people from Alabama?

There are many famous Alabamians. Civil rights legend Rosa Parks was born here, as was the singer Nat ‘King’ Cole. Alabama is also home for the actor Channing Tatum. 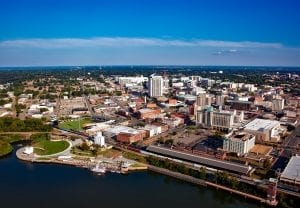 13. Alabama was late to the festivities.

Alabama started celebrating Christmas, at least officially, before all other states. They recognized its importance as a holiday in 1836.

14. A classic book was inspired by the state.

Harper Lee based ‘To Kill a Mockingbird’ around the Alabama courthouse where she would watch her attorney father work when she was a child. As such, said courthouse has since become a major tourist hotspot.

15. Emergency calls were first made here decades ago.

The first call to 911, the US emergency services, came from Alabama back in 1968. 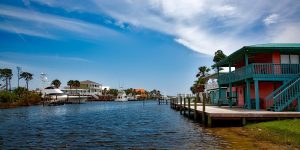 The word ‘Alabama’ actually comes from the Choctaw language. It’s a hybrid of the words Amo (picker) and Alba (vegetables).

However, the state was actually named after its main river, which in turn was named after the local tribe, who were – fittingly – vegetation farmers!

Is Alabama cheap to live in?

Alabama is considered one of the cheapest states to buy and own a house or any kind of property in - it benefits from very low tax rates, state by state!

What are common jobs for people in Alabama?

What is Alabama famous for?

Alabama is nationally famous for its steel industry, its sweet tea, and its regional football teams.

Do you know any fun facts about Alabama?  Share them in the comments below!