Central Park is perhaps one of the biggest highlights of New York City – and it’s been standing for longer than you think! Even if you’ve been before, or visit regularly, there are still lots of things for you to learn about the park. Here are some fun facts about Central Park to help you get started.

It’s a historic landmark – officially – having been granted such a status back in 1964.

It’s a haven for beasts as diverse as pigeons, owls, raccoons, squirrels, geese, chipmunks and more. 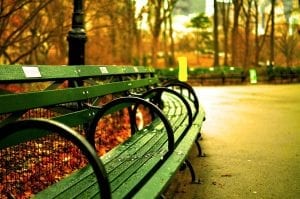 You’ll not have a shortage of places to sit and rest in Central Park, as there are more than 9,000 benches here.

There are plenty of iconic statues and focal points across the park, too. One of the biggest attractions is the stunning Bethesda Fountain and its Angel of Waters statue. The Angel of Waters has been a part of the park since 1873!

Sheep Meadow was, funnily enough, once a meadow full of sheep. It served as a breeding ground for a huge flock until around 1934. Nowadays, it serves more as a grandiose picnic spot.

7. The reservoir is seriously deep.

Central Park’s reservoir can hold 3.78 billion liters of water – it’s notable for having a running track all the way around, too! Believe it or not, it once helped to provide water to the people of NYC.

8. You probably recognize it, even if you’ve never been.

Central Park has been a central filming location, or at least one for a scattering of movie scenes here and there, for decades. You might recognize it from Ghostbusters, for example!

Central Park has actually played a role in more than 200 different films and movies since the turn of the 20th century.

9. It cost a pretty penny to build.

The final development cost for Central Park wound up being around $7.39 million. That’s more than the US paid for some states and territories! 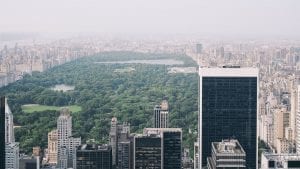 Central Park is frequented by active people – those who love running, cycling and even rowing. However, head to the park in the colder months and you’ll find people skating and skiing!

There’s even a castle here – it’s called Belvedere Castle, and it’s stood on the edge of Central Park since 1872. It’s been a big public attraction for decades, and has even been renovation multiple times over the centuries.

Until Central Park popped up, there were no other landscaped parks in the entirety of the US. It really was a trailblazer! 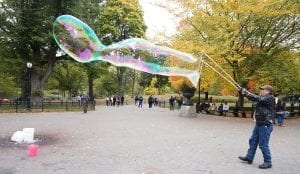 Central Park was built on land that, at the time of construction, was home to more than 2,000 people.

14. The Alice in Wonderland statue has an odd purpose.

Designed to depict characters from Lewis Carroll’s books about Alice, the Wonderland statue is actually designed to be safe for children to climb on and explore.

14. All aboard the merry-go-round!

The Central Park Carousel is actually the fourth of its kind in the park. There have been three others set up here since 1871. Of course, things age and break down over time, which is why it’s been replaced!

15. Most paths are winding!

Central Park is famous for its curving pathways and sidewalks. However, did you know that there is only one straight path here? It’s called The Mall, and it’s around a quarter-mile long.

Believe it or not, Central Park Zoo is home to the only cow in New York City!

Is there a fee to visit Central Park?

No - it’s free to walk around Central Park.

Central Park’s safety has improved enormously over the years. It’s now safer than ever for walkers and visitors.

Do you know any fun facts about Central Park? Share them in the comments below!