Charles Darwin is known globally as a pioneer of naturalist studies. His books are still studied today and his theories have withstood the test of time and critical analysis! He was born over 200 years ago yet remains one of the most prominent figures in naturalism and evolutionary study. Here’s some interesting and fun facts about Charles Darwin and his work that might impress you.

1. He shares a famous birthday.

Charles Darwin was born all the way back on February 12th, 1809. This was the same date Abraham Lincoln was born, too!

Charles Darwin married his wife Emma in 1839, and they were together until Charles died in 1882. Emma and Charles were actually cousins – and had ten children together, three of whom didn’t survive infancy.

3. What was the Glutton Club?

The Glutton Club, of which Darwin was founder and President, was a club for enthusiasts of experimental dining! It catered specifically for those with an interest in tasting unusual meats. These included birds and other animals which were not usually served or eaten – for rarity, or out of disgust! 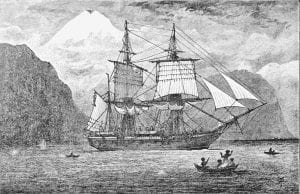 HMS Beagle in the Straits of Magellan

Darwin did, however, draw the line in some areas of animal eating – he found owl meat ‘indescribable’, and he meant that in a bad way.

Darwin spent five years sailing around the world in the HMS Beagle between 1831 and 1836. He went on to explore four different continents on his journey!

6. He discovered many ancient creatures.

Charles Darwin discovered numerous famous animals, some from skeletons and/or fossils. These include the megatherum, a huge bipedal animal believed to have weighed up to 6 tons, the 1 ton toxodon platensis, and the glyptodon, an ancestor of the armadillo. This was believed to have lived 35 million years ago, becoming extinct during the last ice age.

7. He really made his mark.

Charles Darwin has been publicly honored in several ways. In Australia, Port Darwin has been named after him. Statues of the naturalist can be found in his birthplace of Shrewsbury and at several public sites including the Natural History Museum in London. Exhibits of his books, writings, records, artwork and some of his collection of fossils and skeletons can be viewed at the museum, too.

8. He’s even buried amongst famous people.

Darwin is buried at Westminter Abbey in London, next to Sir Isaac Newton – a famous plot, then!

9. He hesitated over his life’s work.

It took Darwin 20 years to decide whether or not to pursue publishing his world-famous Origin of Species – he thought it was a very radical concept, and as such, he waited until 1858 to reveal his findings. It’s a good job he did – as his work changed the way we see animals and their behavior for good. 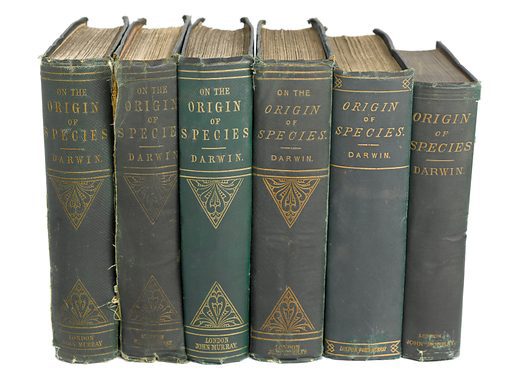 Darwin was an immensely practical and logical person. So much so, in fact, he was said to have made a list of pros and cons to getting married. He claimed marriage would cause him a ‘loss of time’ as a con – but he did it anyway!

11. However, he suffered all through his life.

Darwin suffered from all kinds of illnesses, with many believing he picked up some nasty conditions while sailing on the HMS Beagle.

What became Charles Darwin’s most famous and enduring discovery?

Darwin discovered and wrote about natural selection - which effectively explains why animals evolve. In fact, Darwin only ever saw his discovery as a theory.

Was Charles Darwin a nice person?

While many historical figures are perhaps less kind and hospitable than they were reported to be, Darwin is generally regarded as a generous and humble person - and a devoted husband and father.

Charles Darwin managed to claim a grant worth £1,000 to set sail on the Beagle, and he obtained it through connections to Cambridge.

Do you know any interesting facts about Charles Darwin?  Share them in the comments below!