Happy Diwali! In 2021, the Festival of Lights fell on November 4th – and in fact, the date changes each year! This fascinating celebration originated in India, and it’s celebrated all over the world. Here are some fun facts about Diwali to help get you in the spirit of things!

1. What does Diwali actually mean?

Diwali as a word roughly translates to ‘row of lights’. Pretty fitting given how bright and beautiful the celebrations can be! The word is Sanskrit, and it’s sometimes known as Deepavali, too.

Diwali isn’t just celebrated by followers of the Hindu faith. Those who follow Jainism and Sikhism also take part in the festival, too!

3. There’s no set date for Diwali.

As mentioned above, the date that Diwali falls on really can vary from year to year. It’s all to do where the moon is positioned! 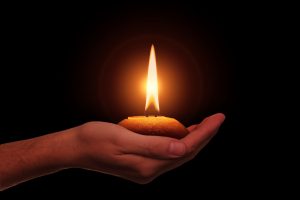 4. It’s all to do with the month of Karthik.

Diwali’s place is determined further by Karthik, an important month in the Hindu calendar. It always falls on a night with no moon, which is effectively ‘replaced’ by people lighting up the streets and their homes!

5. There’s a name for a moon-free night.

The moonless night on which Diwali falls is referred to as an Amavasya.

6. Diwali will happen in one of two months in the western calendar.

If you’re reading this in either October or November, you’re in peak Diwali season.

Karthik, as a month, officially marks the end of India’s harvest. It’s therefore the time of year that farmers offer up their harvests to the goddess of prosperity and wealth – Lakshmi.

The festival is curious in that it celebrates multiple important points in Hindu legends. Not only is it seen as a time to appease and make offerings to Lakshmi, it’s also seen as a time to celebrated the fall of the evil Ravana – and the return of hero gods Rama and Sita!

9. Diwali’s celebrated by many people for many reasons.

Sikhs, meanwhile, celebrate Diwali around the release of Guru Hargobind Ji from Mughal. It’s really interesting to see the different twists on this popular period! 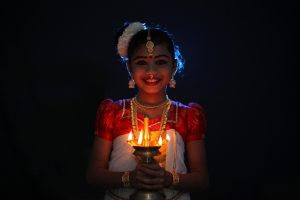 10. It’s a great time for young and old to come together.

Diwali is very much a family festival – it’s all about coming together, putting up lights and colorful displays, sharing gifts, and enjoying good food. It is a brilliant celebration of life!

11. Diwali is absolutely massive in the British Midlands!

Believe it or not, outside of India itself, the British city of Leicester is considered the Diwali capital of the world! It’s here where you’ll find huge Diwali parties and street celebrations across the metropolis.

12. It’s a celebration over several days.

Diwali tends to take place over five days, though the south of India normally celebrates the festival across one day. It really differs from area to area! 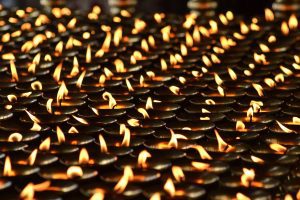 13. Firecrackers are a frequent sight during celebrations.

It’s fairly common to see firecrackers during Diwali celebrations nowadays, but did you know that fireworks and pyrotechnics used to be reserved for royalty? It’s only been the case in the last century that the wider populace has had access to sparkling bits and pieces!

14. People enjoy Diwali all over the world.

Diwali is celebrated far beyond India (and not just in Leicester, either!). Countries as diverse as Australia, Pakistan, Fiji, Sri Lanka, Thailand and Canada all take part in the celebrations!

Can you say ‘Happy Diwali’ to those who celebrate?

Yes! It’s considered very respectful to wish people a happy, peaceful and prosperous Diwali. After all - that’s what the celebration is all about, at its core!

What do people do for Diwali?

What does Diwali represent?

Diwali, ultimately, represents the triumph of good over evil - and what’s more, it’s a celebration of a bountiful harvest, too. It’s seen as a celebratory end to difficulties everywhere! I think we can all get behind that - what do you think?

Do you know any facts about Diwali? Share them in the comments below!