Dubrovnik is one of the biggest and most fascinating cities in Eastern Europe and continues to be hugely popular with travellers keen to explore the history of Croatia and wider former Yugoslavia. It boasts amazing buildings and a really intriguing ‘secret shipbuilding code’!

However, the city has also played host to conflict, and many people in the city were affected by the ravages of the Second World War. In this file, we’re going to look at some of the most fun facts about Dubrovnik you might not have known about the region and its unique history!

1. Where the spotty dogs are from!

Dubrovnik is situated in Southern Croatia on the Adriatic Coast. It is in a region of Croatia known as Dalmatia.

2. It’s a sea city staple, and one of Croatia’s biggest.

Dubrovnik is a major tourist destination and has a thriving sea port. It’s s a well preserved medieval city.

3. Dubrovnik has an illustrious past.

An important strategical trade centre, Dubrovnik has a history trading with India, Africa, and Turkey, as well as Great Britain back in the Middle Ages. 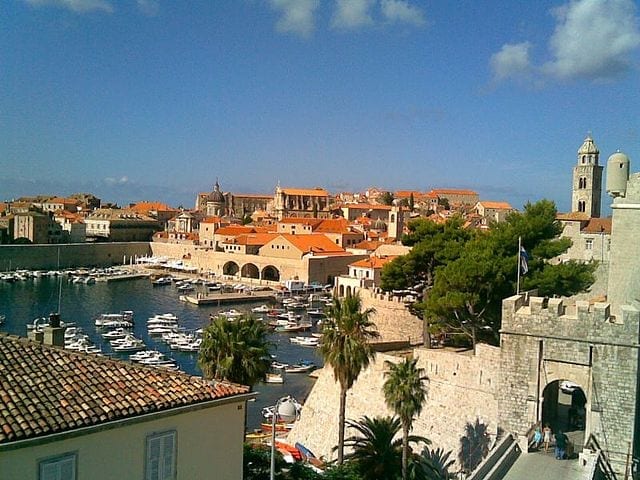 4. It was once a Byzantine stronghold.

From the 9th until the 12th Century, Dubrovnik was an integral part of the empire known as Byzantine. In 1205, the city was taken over by Venice and ruled by the Venetians until 1358.

5. Much of Dubrovnik has lasted the centuries.

The construction of the ancient town of Dubrovnik was completed in the 13th century and remarkably has been relatively unchanged since!

6. It earned independence centuries ago.

In 1358, Dubrovnik gained independence and became Croat-Hungarian. The Treaty of Zadar marked this historic occasion.

7. It was first for many facilities.

The first orphanage on record was opened there in 1432 and the first pharmacy there was opened a hundred and one years earlier in 1317!

Limestone walls, up to 6 meters thick and 25 meters high, encircled the old town and have remarkably never been breached!

Along the walls are the magnificent Fortress of Saint John, two further forts, two citadels, six bastions and 16 towers!

9. The walls are truly massive. 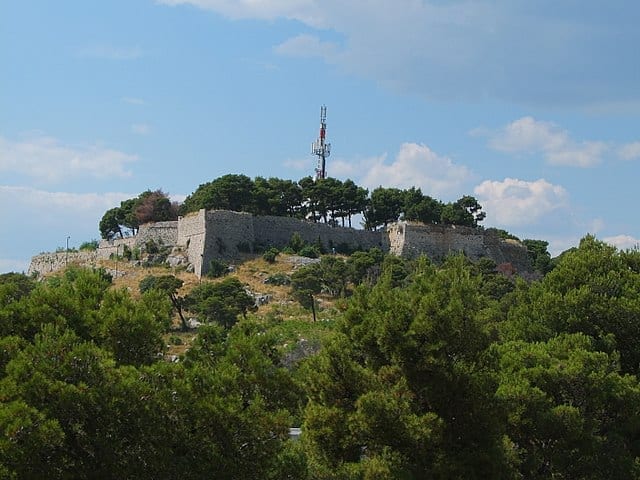 10. The city played host to more than a few battles for independence.

Serbians living in Croatia but with loyalty to Serbia fought as the JNA (Yugoslav People’s Army) against Croatians who sought independence. They saw the ‘War for Independence’ take place, which cost many lives and resulted in drastic changes.

In 1991, Dubrovnik suffered heavy bombing by the JNA on December 6th. This caused fury internationally and some believe it led to the increased support for Croatia to finally achieve its independence.

In January 1992, under the Geneva Accord, Yugoslavia withdrew from conflict, but the war did not officially end until 1995 when Croatia had finally regained control of its outlying territories. The war had taken four years, seven months to reach its conclusion. 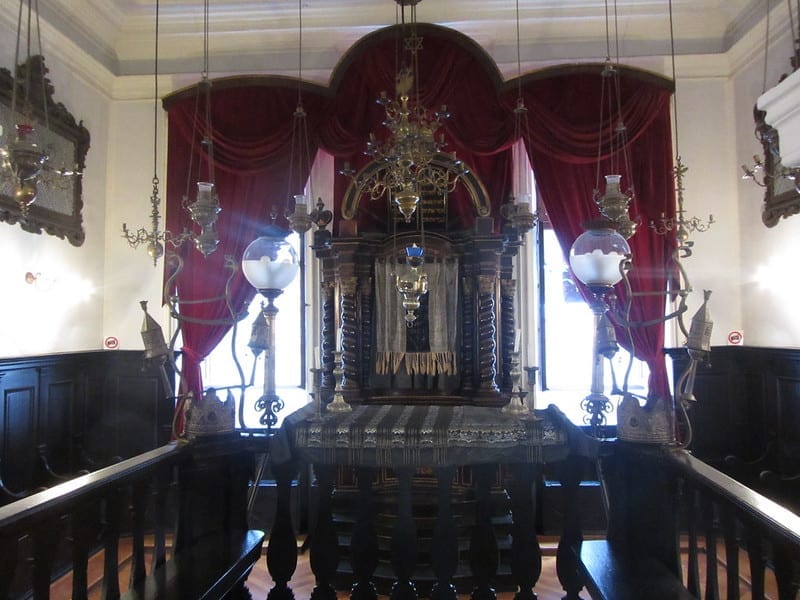 Situated in the old town of Dubrovnik is a Jewish Synagogue. It is the oldest Sephardic synagogue in the world still used today! Built in 1352, it was officially recognised in 1408.

14. Dubrovnik was once a haven for Jewish people.

In 1546, a Jewish settlement was officially endorsed in Dubrovnik. This followed the expulsion of many Jewish people from Spain in 1492, who subsequently travelled to and wished to settle in the city.

Jewish people became persecuted there and were prevented from working in commerce after the economy sank in the 18th century. Following economic and political turbulence in the 19th century, they were finally granted legal equality in Croatian Law. 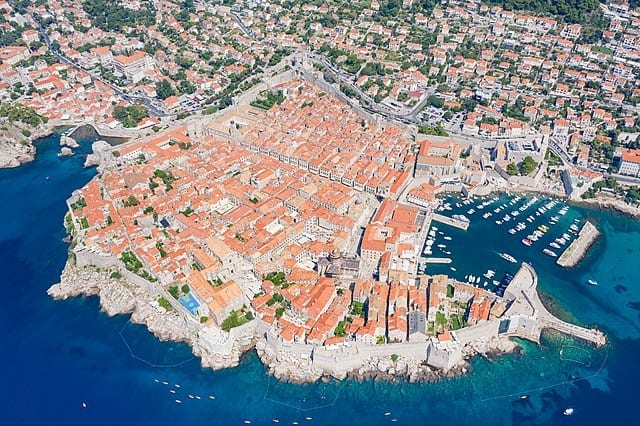 16. The problems weren’t over for the Jewish in Dubrovnik.

During the Second World War, the Jewish people living in Dubrovnik were sent to concentration camps under Nazi occupation. When the war was over, most of the surviving Jewish people from Croatia decided to settle in Israel.

17. The port is likely to be older than many people think.

At the end of a wall constructed as a breakwater in the old town of Dubrovnik, the words ’Knowledge, Faith, Prowess’ are engraved. Breakwaters here date back to the 15th century and records suggest construction of the port was completed in the 16th century.

18. You can spot an old shipbuilding centre here.

At the old port, an old ‘arsenal building’, can be found, where ships used to be built.

Dubrovnik became famous for building strong ships of a simple design and, in the 16th century, boasted a fleet of 180! In 1568, a law was passed to verify the vessels would also be ‘insured’! 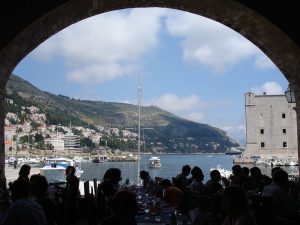 19. Dubrovnik’s shipbuilding was of major prowess.

Shipbuilding was of major importance to Dubrovnik and they kept their construction methods guarded and secretive by sealing the building where ships were being constructed, with secure brick walls.

Intruders were fiercely fought against and a wall was knocked down to facilitate a launch, but only when all work was completed.

20. It’s no longer a shipbuilding site, however.

Today, the ‘arsenal’ is no longer involved in construction of boats and ships. It is a tourist attraction and houses a restaurant.

An earthquake in 1667 caused serious damage to the old city. Only two buildings survived. They were the ‘Rectors Palace’ and the ‘Sponza’. In the style of Baroque, the city was rebuilt and has thankfully survived as such! 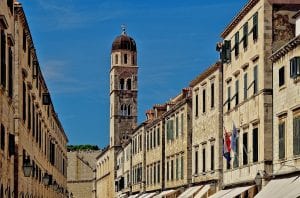 The Patron Saint of the city is Saint Blaise, and a famous church there bears his name.

The Dubrovnik Cultural and Historical Museum houses many interesting artifacts and a magnificent display of art by ‘European Old Masters’. As the former home of the ‘Patriarch’ and ‘Rectors Palace’, visitors there are now also offered a tour of the state rooms and prison cells!

24. The Sponza Palace dates back quite a distance.

The beautiful Sponza Palace was constructed in the early 16th century. It was initially the Customs House and Mint, later to become an academy and commercial Centre. Nowadays, it is home to the ‘archives’ of Dubrovnik. 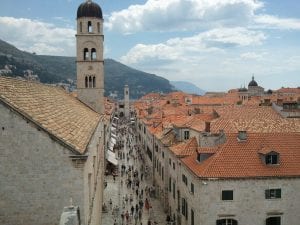 25. The city has appealed to many a creative spirit.

The famous author George Bernard Shaw was very impressed with Dubrovnik and after a visit there, wrote that ‘those who seek paradise on earth should come to Dubrovnik’.

26. The whole city is UNESCO-recognised.

Nowadays, Dubrovnik is known as the ’Pearl of the Adriatic’, having been awarded the UNESCO World Heritage designation.

27. It continues to be terrific for tourists.

Dubrovnik has gained even further acclaim and continues to be a popular tourist destination. 2018 was a record breaking year for tourism there, when 1.27 Million visitors came to the city. 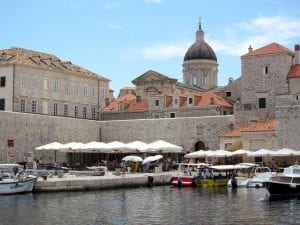 Is Dubrovnik safe to visit?

On the whole, Dubrovnik is considered very safe for tourists to visit, though do take precautions.

Why is Dubrovnik popular?

Dubrovnik is very popular for its port scene as well as its fantastic art galleries and exhibitions.

How many days should you spend in Dubrovnik as a tourist?

There is a lot to take in here - so three or four days will likely cover much of it!

Do you know any fun facts about Dubrovnik? Share them in the comments below!

This page was last modified on December 7, 2022. Suggest an edit