Economics is an essential part of all of our lives. The world pretty much runs on it! Money is extraordinarily complex the world over, no matter what it’s used for. Therefore, it makes sense to look at the brighter side of money-crunching. Here are some fun facts about economics that might just surprise you.

The US’ economic status is nothing new. It’s been the biggest financial player on the global scene for more than two centuries. Even now, the US dollar is seen as the strongest currency in the foreign exchange and is often favored by forex traders looking to make bank on pairings.

Despite the US’ dominating global economic presence, its debt level is eye-watering. It’s said that they owe more than a trillion dollars to China alone – a truly mind-melting figure! 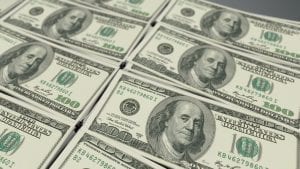 4. Some people are worth entire economies!

The British royal family is said to be worth around $1 trillion in net worth alone – and projections show that Amazon mega-mogul Jeff Bezos could be en route to being worth this amount of money himself by the end of the 2020s.

The US’ huge economy doesn’t, sadly, lend itself to mean that it’s the richest country on Earth. It’s teetering around the top ten. The richest country on the planet (going by GDP) remains Qatar. Each person in the country is worth more than $130,000 on average – more than double the rate for each US citizen.

6. There’s a difference between British and American taxation.

UK and US tax laws differ enormously. For example, did you know that tax added to purchases is around double in the UK compared to the US at the time of writing? The UK has a VAT rate of 20%, which is added automatically to product pricing. In the US, the rate’s 10% – and people have to pay this separately.

7. But the differences don’t stop there!

Tax rates vary all over the globe. In India, for example, you can expect to pay a huge 28% on any luxury purchases within the country – but in some Scandinavian territories, you’ll have to pay a 25% duty on absolutely everything.

China’s economy and workforce keeps growing – astonishingly, the country’s workforce alone grew by 145 million people in the space of three decades. That’s on par with the US – incredible!

US taxation gets even weirder and more complex – the tax you’ll pay from state to state will vary, too! For example, it’s likely you’ll pay more tax in Oklahoma than many other states.

This may also contribute to staggering regional economies, too. For example, California is said to have an economy on its own worth more than $3 trillion – and it’s the startup capital of the planet! 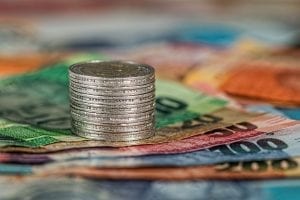 Where is the biggest economic center in the world?

Currently, New York is the biggest economic center in the world. It has the two biggest stock exchanges in the world right in the city (the New York Stock Exchange, and the NASDAQ). New York is followed by London and Shanghai.

What are the biggest companies on the stock market?

Is economics hard to study?

Yes! Economics is famously complex to study - especially as the way we use and appreciate money is always evolving all over the world. Get ready to crack the calculator out!

Do you know any fun facts about economics? Share them in the comments below!