Spanning 400 million square miles, Europe is a temperate continent in the northern hemisphere and home to 741 million people, incredible history and diverse destinations that are on many people’s bucket lists. Here are some fun facts about Europe to bring you up to speed…

1. Where does Europe get its name from?

Europe was named after the Phoenician princess Europa.

2. There are many countries that make up Europe.

According to Wikipedia, there are 51 countries in Europe today.

3. Just over half of them are in the EU. 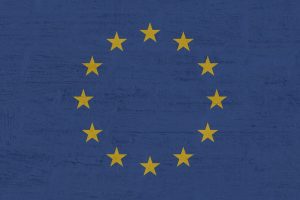 At an elevation of 13,780 feet, the highest toilet located in Europe is on Mont Blanc, in the Alps.

Almost every city in France has a street that is named Victor Hugo. This is to honor Victor Hugo, a famous French poet and writer.

6. Visitors are more interested in Mickey than Mont Blanc.

Disneyland Paris is one of the most popular visitor attractions for tourists in Europe and receives close to 9.7 million visitors annually. This is a staggering 2.7 million more visits than the Eiffel Tower receives!

It is widely known that IKEA is popular in Europe. But did you know that it is estimated that every one in five babies in Britain are conceived in IKEA beds and one in ten in Europe as a whole.

8. Watch what you name your pigs!

It is illegal to name your pig “Napoleon” in France. This surprisingly odd law was created during Napoleon’s tenure and was established so he won’t have to share his name with a pig.

9. One European country is mosquito-free.

You might like to consider moving to Iceland if you are prone to mosquito bites. Due to the unsuited temperatures and lack of shallow ponds, Iceland does not have any mosquitoes. 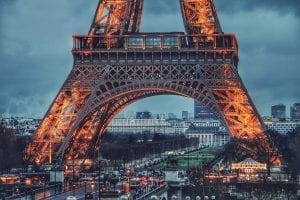 A local vineyard in a town in Northern Italy installed a fountain which, instead of spilling water like other fountains, spills red wine. Fantastic!

11. Holland is a nation of cyclists.

84% of people in the Netherlands own at least one bicycle. There are more bicycles than people in the country (22.3 million bicycles and 17 million people).

More than 200 languages are spoken in Europe. 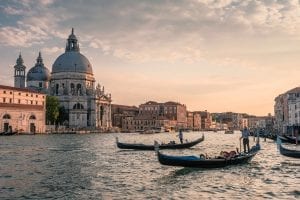 13. Most European countries have changed their names.

Bulgaria is the oldest European nation by name, as it hasn’t changed its name since 681 AD.

14. Kings and Queens reign across Europe.

There are countries and principalities in Europe that still have monarchies, including Great Britain, Denmark, Belgium, Andorra, Liechtenstein, Monaco, Netherlands and Sweden.

15. Britain’s most famous landmark is a curious one.

Although the origin of the name of London’s iconic ‘Big Ben’ is not 100% certain, children love the idea that this clock tower has a memorable name. The time of the clock is adjusted every year with an old British penny. If the clock is observed to run too fast, a penny is added to the pendulum in order to slightly slow the clock. 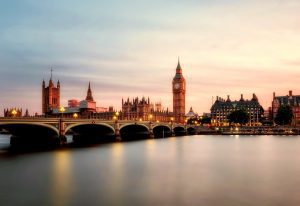 What are the largest countries in Europe?

The five largest countries in Europe - from largest downwards - are Russia, Ukraine, France, Spain and Sweden.

What are the smallest countries in Europe?

The five smallest countries Europe has to offer are - from smallest upwards - The Vatican, Monaco, San Marino, Liechtenstein and Malta.

Is Europe bigger than the USA?

Taking into account the total land occupied by the USA (not North America or Canada), Europe is 20% bigger!

Do you know any fun facts about Europe? Share them in the comments below!