Napoleon Bonaparte is perhaps one of the most iconic figures in French warfare history.  Known for his spectacular portraits as well as his invasions attempts, he was a figure that few have come close to mimicking – in some cases, for good reason!  But do you know more about Napoleon Bonaparte than just his alleged height and the hand he supposedly kept in his jacket?  Here’s our full fact file on the emperor. 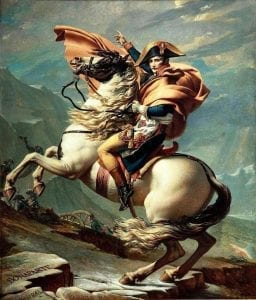 Do you know any fun, strange or interesting facts about Napoleon that we’ve missed?  Share them with us in the comments section below!