New Hampshire is filled with important history that is hard to keep track of. It’s easy to forget a thing or two when there are over 300 years of history behind a state.

To refresh you, here are some interesting facts about New Hampshire…

Mount Washington of New Hampshire is one of the windiest places on Earth, with a recorded wind speed of 231 mph on the 14th April 1934.

“Jumanji”, the hit movie from 1995, was filmed in Keene, New Hampshire.

3. New Hampshire was one of the first U.S. states to be recognized.

It is the 9th state of the United States. 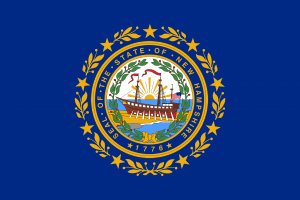 4. What’s the capital of New Hampshire?

Concord is the capital city of New Hampshire. Its population was 42,695 at the time of the 2010 census.

5. Some of the towns here are really tiny.

In 1833, the first free public library in the U.S. was established at Peterborough, New Hampshire.

7. It’s also got some extra-terrestrial connections.

New Hampshire became the home to the first-ever known case of alien abduction! Two natives of Portsmouth named Betty and Barney Hill announced that they were abducted and taken aboard a UFO. There is a historical marker at the “abduction site”.

8. Who are some famous people from New Hampshire?

New Hampshire is home to quite a few of the country’s comedic talent. Adam Sandler, Late Night host Seth Myers and the stand-up comedian Sarah Silverman are all natives of New Hampshire.

9. You don’t have to belt up on a bike in New Hampshire.

The motto “Live Free or Die” has been taken too seriously in New Hampshire, as seatbelts and motorcycle helmets are not compulsory in this state. Drive there at your own risk! 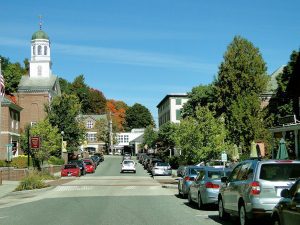 Alan Shepard Jr., the first-ever astronaut from the U.S. to travel to space, was from New Hampshire.

11. There are financial perks to living in New Hampshire.

It is only one of nine states where residents are not required to pay sales tax.

12. There are some transport firsts down here.

Cannon Aerial Tramway was built in 1938 at Franconia Notch and was the first aerial tramway in North America. 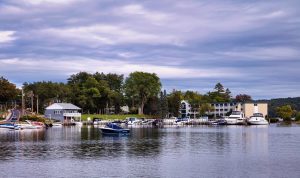 13. It’s got one of the oldest constitutions in the country.

The present constitution of New Hampshire was adopted in 1784, which puts it the second oldest in the country.

The state was named by Captain John Smith, an English explorer, after the county of Hampshire in southern England.

Fluctuations in temperature, both seasonally and daily, are the norm. 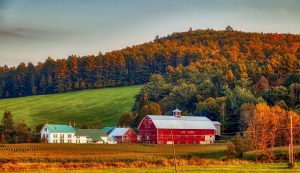 The official song of the state is called “Old New Hampshire”.

17. What do the locals call New Hampshire?

Granite State is a nickname of New Hampshire. 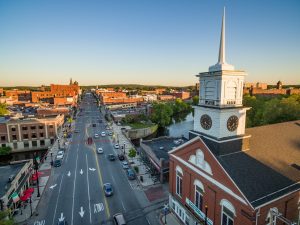 Is New Hampshire a good place to live?

New Hampshire often makes ‘top lists’ of states to live in across the U.S. - the quality of life scoring here is generally pretty high!

Is living in New Hampshire expensive?

On the whole, living in New Hampshire is a little more expensive than the average state - such as with house prices, for example.

New Hampshire is, according to population records, predominantly white. It’s thought that 93% of people in the state are caucasian.

Do you know any fun facts about New Hampshire?  Share them in the comments below!

This page was last modified on September 11, 2021. Suggest an edit