With a population of roughly 8,172,500, New South Wales is home to almost a third of Australians cross-country. This south-eastern state is the oldest state in Australia, and is home to six of Australia’s world heritage sites such as the Blue Mountains! But, let’s not get ahead of ourselves – here are some more fun facts about New South Wales you’ll want to remember.

1. Before Sydney was… Sydney!

Before Sydney was known as Sydney, it was called Warran – which means “this place” and “here.” It was home to the Cadigal people, who spoke a language known as Eora. The history of the area is vast – and artifacts such as rock engravings showing humans and native animals alike have been found throughout Sydney to this day!

In 1770, Captain James Cook arrived and gave the area its new moniker of New South Wales – as the region reminded him of Wales in Great Britain. However, it wasn’t until 1788 that settlers colonized the state capital of Sydney.

In fact, Royal National Park near Cronulla (about an hour from Sydney) was founded in 1879, and was the second national park ever created – the first is Yellowstone in the western USA! 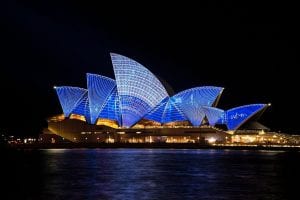 4. NSW is an explorer’s dream.

New South Wales is divided into four geographical areas – the coast, mountains, central plains, and western plains. The coast stretches for around 1,460km from the subtropical north to the cooler south.

The mountains, including the Snowy Mountains and the Blue Mountains, are ancient ranges with peaks over 1000 meters. The central plains, spanning about 500 km between the east and west, are known for their fertile soil and strong agricultural industry.

5. It’s a haven for world heritage, too.

Lord Howe Island is a tiny paradisiacal sanctuary that’s based around 780 km off the coast of Sydney. This 10km long volcanic remnant is ringed by the most southern coral reef in the world! A highly attractive destination for nature-seekers, Lord Howe Island only allows up to 400 guests at any one time – better book your trip now, then!

6. Big on the silver screen!

Film lovers may recognise some of the local scenery in New South Wales, with Blockbusters such as Mad Max 2, Mission Impossible 2, and The Great Gatsby among others being filmed in the state.

If celebrity spotting is your goal, then you’ll want to head to Byron Bay which is home to at least one Hemsworth superstar, as well as a number of other silver screen starlets!

New South Wales has an incredible range of biodiversity. The state is represented by the kookaburra, the platypus, and the blue groper in terms of animal emblems! The state flower of New South Wales is the Waratah, a large red bloom which almost looks like a giant strawberry with leathery leaves!

The north coast of Australia is home to the popular destination of Byron Bay, which attracts surfers and other tourists seeking to relax and reconnect with nature. It plays host to more than two million visitors each year – that’s including both resident Australians and tourists from overseas! Better catch those waves!

New South Wales’ Snowy Mountains, which are part of the Great Dividing Range, are home to some of the continent’s highest peaks, including Mount Kosciuszko, which stands at 2,228 meters and is the highest point in Australia. Not for faint-hearted climbers, then! 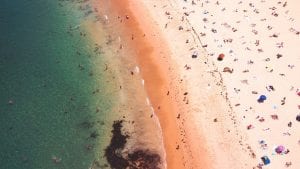 What is New South Wales known for?

New South Wales is a destination known for its stunning beaches, natural wonders, and it is particularly famous for its bustling state capital Sydney.

How old is New South Wales?

In 1788, the Colony of New South Wales was established as a British penal colony. Initially, it covered a significant portion of the Australian mainland.

How big is New South Wales?

The State of New South Wales spans an area of 802,000 square kilometers, which is equivalent to 10.4% of Australia's total area. This includes the small Pacific Ocean island of Lord Howe.

Do you know any fun facts about New South Wales? Share them in the comments below!

This page was last modified on January 27, 2023. Suggest an edit