Oliver Cromwell was the man who helped to overturn the monarchy – for a time, anyway. He’s much-maligned by some for having been the man who banned Christmas! For a time, Cromwell and his son revolutionized the United Kingdom – however, it wasn’t to last. Here are some fun facts about Oliver Cromwell to help clue you in on his life.

1. Cromwell had a relatively short life.

Oliver Cromwell was born on 25 April 1599, in Huntington, in the Kingdom of England. He died on 3 September 1658. It is believed that he died of blood poisoning following a urine infection.

Oliver Cromwell is most famously known as having been Lord Protector of the British Isles from 1653 to 1658. However, his reputation remains a point of contention for many, as he is also known for having been incredibly cruel, specifically to the Irish.

3. He was pivotal in the English Civil War.

He led armies as the Commander-in-Chief, fighting against King Charles I during the English Civil War (1642 – 1651). 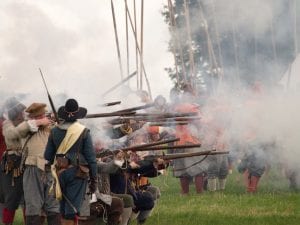 4. He was exhumed and hanged!

Originally, Oliver Cromwell was buried at Westminster Abbey during a great ceremony celebrated by many. However, his body was exhumed on 30 January 1661 and was put through a posthumous execution in which in the body was hanged at Tyburn, in London. The posthumous execution was said to be a public event and brought many together!

5. People really wanted to make sure he was dead…

Following his posthumous execution, Oliver Cromwell’s body was beheaded, and his head was displayed outside of Westminster Hall for years. It was finally taken down in 1685.

Oliver Cromwell was a Puritan. He attributed his military successes to being the works of God. His strong faith was even said to be part of what inspired his armies to follow him and to have succeeded, as they too believed in the same religion and were inspired by his beliefs.

7. But, he wasn’t intolerant of most other religions.

However, he also believed in the freedom of religion. Despite the fact that he was very proudly a Puritan, he was relatively tolerant towards other religions in the country, even though his acceptance was very badly viewed. He allowed for Jews to return to English soil for the first time in a very long time.

8. He raised a large family.

He was married in 1620 to Elizabeth Bouchier, with whom he remained married until his death in 1658.

They went on to have nine children together! In order, their children were Robert (although he died young at school), Oliver, Bridget, Richard (who followed in his father’s footsteps as Lord Protector), Henry (who became Lord Deputy of Ireland), Elizabeth, James (who sadly died as a child), Mary, and Frances.

In 1647, Oliver Cromwell banned every religious holiday, even Christmas, as he believed that they were Pagan celebrations. Where’s your festive cheer, Oliver? 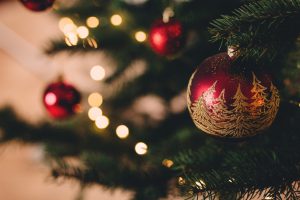 10. However, his faith slipped after some time.

Despite his religious leanings, it is believed that between the late 1620s and 1630s, Cromwell had a crisis of faith.

11. He suffered from depression.

In 1628, Cromwell received treatment from doctor Théodore de Mayerne for vale melancholicus, which is commonly known today as being a form of depression.

How did Oliver Cromwell change the British Isles?

Oliver Cromwell served as a general and led armies against King Charles I. He played a key role in overthrowing the Stuart Monarchy and later served as Lord Protector of the British Isles from 1653 to 1658.

Why is Oliver Cromwell so controversial?

In short, in 1649, Oliver Cromwell led an expedition to conquer Ireland due to the fact that he was very openly against their loyalty to the Roman Catholic Church and as an act of revenge (for the slaughter of a Protestant group). During the expedition into Ireland, Oliver Cromwell’s armies were said to be brutal and cruel, attacking not only armies but destroying towns and killing many innocent civilians.

Where is Oliver Cromwell buried now?

After being exhumed and beheaded post-death, Oliver Cromwell’s head was eventually buried in Cambridge in 1960. Multiple people actually owned his head before being buried again, although it was away from the rest of his body.

Do you know any interesting facts about Oliver Cromwell? Share them in the comments below!