The River Ganges is considered one of the holiest rivers on Earth. It’s extremely important to followers of the Hindu faith. But how much do you know about this body of water, and how long has it been a staple of worship? Let’s take a look at some fun facts about the Ganges that might just surprise you…

1. Where does the river’s name come from?

The Ganges is named after the Hindu Goddess Ganga – it’s personified in her honor.

2. The river stretches for miles and miles.

It’s a seriously long river – it flows through both Bangladesh and India, though it actually starts up in the Himalayas!

3. It actually starts in a glacier.

You’ll find the source of the Ganges resides in the Gangroti, a glacier that’s high up in the heavens. By this, we mean it’s around 12,700 feet up – or 3,892 meters, to be precise! 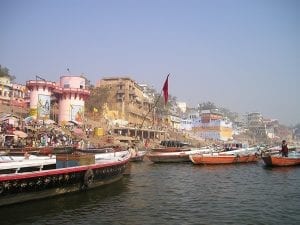 The River Ganges really is a haven for fish. It’s thought that there are around 350 species or more swimming about in the waters, and we’ve discovered more than 140 of them in the past few years alone.

5. It is highly important in Hinduism.

The Ganges is seen as a mythological entity by many people. There are ancient writings regarding its importance, and how King Bhagiratha first brought the source to Earth.

6. Lots of different rivers flow into the Ganges.

The Ganges is actually a composite of many different rivers that flow in and out of its immense stream. You’ll find that rivers as diverse as the Punpun, the Ghaghara, the Koshi, the Tamsa and the Gomti all help to ‘contribute’ to the Ganges.

7. Many, many people rely on its water.

The Ganges doesn’t just have spiritual importance. It’s well-known for providing water to millions of people, and in fact, it helps to keep up to 40% of India hydrated. That covers an astounding eleven states – meaning that it’s one of the most depended-upon bodies of water on the planet.

8. Many birds do, too – and they are often unique!

The Ganges is said to be home to many bird species that you simply won’t find anywhere else. As such, it’s also an important habitat.

9. The Ganges is anti-bacterial!

The Ganges is said to possess more harmful bacteriophages – a type of virus – than any other river in the world. While they won’t harm you, they will harm bacteria – meaning that they are actually helping us stay safe, in a way! That means the Ganges has incredible anti-bacterial properties – bizarre! 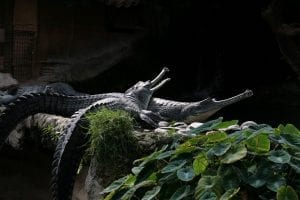 The Ganges is also fantastic at decomposition. It’s thought that no other river in the world can break down and decompose organic matter quite like the Ganges – to the point where it’s 25x more efficient than the average. Impressive stuff!

11. The Ganges is getting lower through global warming.

It’s said that the Ganges may actually be getting shallower. The blame, from research and extensive study, appears to lie with climate change – could this mean that the level of the Ganges is set to shrink even further as time goes by? Let’s hope not.

Unfortunately, while the Ganges is regarded as a miraculous anti-bacterial river by millions, it is highly polluted. In fact, it’s said to make the top five polluted rivers on Earth! 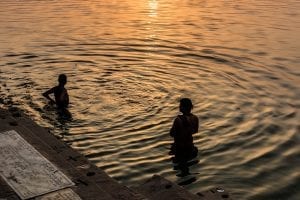 13. It helps many people with fishing and bathing.

People across India and Bangladesh use the Ganges for more than just drinking alone. It’s proven crucial for bathing, as well as for regular fishing.

14. It’s a city river in many different ways.

You’ll find that the Ganges actually travels through many different cities – it crosses 29 cities, for example, with populations reaching more than 100,000 – incredible! 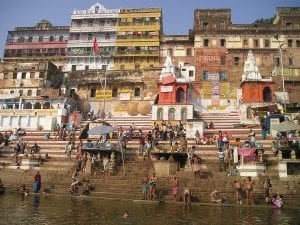 FAQs about The Ganges

Why is the Ganges so important?

The Ganges not only provides water to millions of people, it’s also considered a sacred river by those following the Hindu faith.

Is the Ganges safe to swim in?

Many people bathe in the river, but be warned - there are crocodiles, piranhas, sharks and more out here!

Can you drink from the Ganges?

While the Ganges may have anti-bacterial properties, it is not safe to drink from directly. You’ll need to drink a filtered blend.

Do you know any fun facts about The Ganges? Share them in the comments below!