The piano is a large but perfect beginner instrument for people. It is one of the most widely recognized and played instruments for both classical and modern genres of music.

The piano was first developed in the early 1700s, having derived from a harpsichord, and there have been many changes and updates made to it even in recent years. It is more recognized for people to have portable keyboards than an actual piano, and many of them have weighted keys and produce a very piano-like sound. 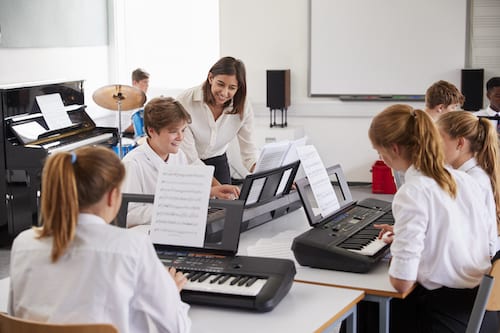 There is more to the piano than most people realize. If you enjoy playing the piano or are learning how to play the piano with online lessons, there is some trivia about the instrument that can be helpful to know. Here are 12 fun facts about the piano that you most likely do not know.

1. The Early Piano Was Called “Fortepiano”

Before the 19th century, the piano was called the fortepiano. It is mainly referred to this as the late 18th and 19th-century instruments Beethoven and Mozart wrote on. Both of the words combined in Italian literally means “Loudsoft” – forte being “loud” and piano being “soft.”

Bartolomeo Cristofori di Francesco was an Italian instrument maker famous for having invented the early fortepiano, even though the same year that was created is not known.

Most people believe that if the piano has 88 keys that there are only 88 strings that go with them. However, most pianos have 230 strings because there are three strings strung for each access where the keys are higher, but on the left side, the strings decrease to only two, and then just one for the lowest of notes.

Each piano string holds almost 170 pounds of tension (18 to 20 tons). The multiple parts support the features within the piano, which include the hammers, dampers, bridge, soundboard, strings, and keys. Many pianos are made with durable parts for longevity, though many of the strings will need tightening over the years. 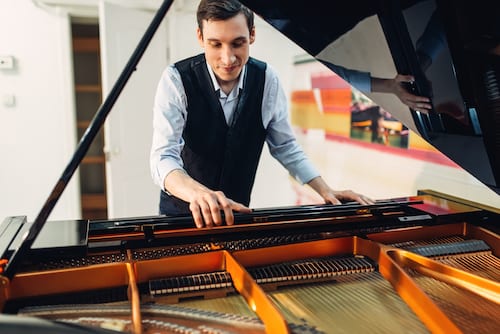 3. Widest Range of Notes for an Instrument

The piano’s range goes beyond seven octaves, which means it has the broadest range of notes than any other instrument out there. The piano is versatile in this regard, making it a go-to for songwriters and composition since seeing and playing those full ranges is a massive help.

There are many people out there who believe that the piano is a stringed instrument because, well, it’s made with strings. However, there is a hammer feature within the device that also puts it within the percussion family. Which one is correct? There is no telling, but many experts have compromised and say that it encompasses both qualities, so it can be classified as either-or.

The actions of the upright pianos vs. the grand pianos are vastly different. The action within a grand piano is quicker than an upright since it has a repetition lever to repeat notes halfway up, which allows the player to play faster and feel more in control.

On an upright piano, however, the keys have to go all the way up to reset it, so it has a slower response time for playing the same notes again.

6. Digital Pianos are Not That Old

The digital piano was brought into the market around 1980, making the initial electric pianos only 40 years old. Instrument makers began looking for an electronic alternative to the piano back in the 1920s. Still, it took a while before they could produce what we know as the modern digital piano today. 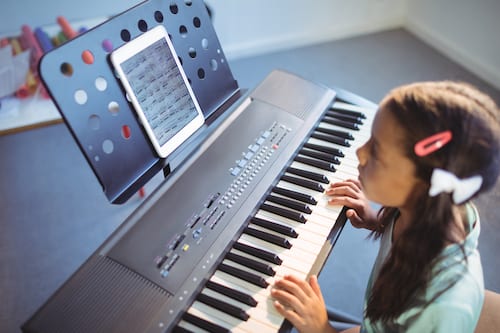 7. The Most Expensive Piano Costs $3.22 Million

Heintzman Pianos, a manufacturer out of Canada, build a Crystal Piano. It is beautiful but costly. It boasted a transparent design and was played for the first time in 2008 in Beijing at the Olympic Games by Lang Lang, a Chinese pianist. Previously, the most expensive Grand Piano is a Steinway D-274 that was last sold for $1.2 million in 1997.

Lubomyr Melnyk is a composer and pianist from Ukraine, and he apparently plays so fast on the piano that you cannot even hear all of the notes he is playing. He coined the term “Continuous Music” to describe his playing style at around 20 notes per second – WOW.

Melnyk is a contender for the Guinness world record, currently held by Domingos-Antonio Gomes, a Portuguese-American pianist who struck 824 keys in only 60 seconds.

The biggest piano in the world was created by Adrian Mann when he was only 21 years old. It weighs 1.4 tons and is 5.7 meters long. 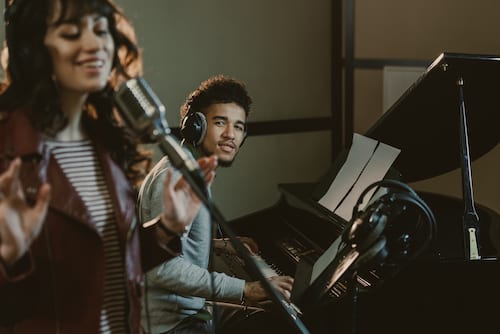 Modern pianos did not previously have more than one or two pedals, but they ended up homing three distinctive pedals through development. The first is the soft pedal known as the una cord, the sostenuto pedal (for sustained notes), and then the sustaining or damper pedal.

11. The Boganyi Piano Boasts “A Sound Beyond Time”

There was what is known as a “revolutionary piano” built by Hungarian pianist Gergely Bogányi. It apparently produces a sound through the digital activating of the piano key. It was unveiled in Budapest in 2015. His concept was to create a more “human” piano for pianists to play on that would have greater clarity and be more potent than a typical concert piano.

12. Keys Were Made From Different Materials

When pianos were initially built, the keys were made from sugar pine, black keys made from ebony, and white keys from ivory. Since ivory comes from protected endangered species, spruce and basswood have become the primary materials used for keys. Spruce is utilized more on expensive pianos, and various plastics have taken the place of ivory.

The piano is a fascinating instrument that has an impressive history. The piano also provides us with many benefits, including improved cognitive functions, better fine motor control, creativity as well as discipline. Hopefully, you have learned something new about this beautiful, versatile instrument.