Everyone knows Pink Floyd. If you don’t know their music, you have, at the very least, heard of them. After all, they are one of the most successful rock bands in the world. Despite changing their lineup and sound on numerous occasions, they have endured. Here are some fun facts about Pink Floyd that might just fascinate you.

1. Where does the name come from?

The band was originally called ‘The Pink Floyd Sound’. Syd Barrett, the original frontman, took the name from Pink Anderson and Floyd Council, a pair of blues artists whose music he loved.

2. The crux of the band met at school.

Nick Mason, Roger Waters, and Richard Wright met in 1963. They were architectural students at London Polytechnic.

3. Barrett turned down other offers.

Syd Barrett was two years younger than his bandmates. An art student at the time, Syd and Waters were childhood friends. Syd had other musical projects he was pursuing but he abandoned them to become the band’s frontman after he reconnected with Waters. 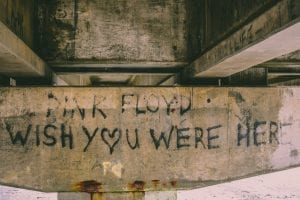 4. It didn’t take long for Floyd to get signed.

Their first single was ‘Arnold Layne’ in 1967. They were signed by EMI a month after recording it.

5. A historic time for any classic rock fan!

Their first album was ‘The Piper at the Gates of Dawn’. They recorded it in 1967 at Abbey Road. This is significant because, at the same time, directly adjacent to them, The Beatles were recording Sgt. Pepper’s Lonely Hearts Club Band.

6. Mason’s only ever sung once.

Nick Mason is the longest-running member of the band. This is despite the fact that his vocals have only appeared on one song (One of These Days).

7. We don’t need no education…

Another Brick In The Wall Part II is the only song from the band to ever top the Billboard Hot 100 Singles Chart. This is despite the fact that Pink Floyd has experienced record-breaking chart success, especially with ‘The Dark Side of the Moon‘.

They garnered a reputation for organizing concerts that were akin to multimedia events, incorporating visual effects into every performance.

Because of how far they would go to execute their live productions and because of the risk associated with all their pyrotechnics, the band was banned from some venues.

Syd Barrett left the band in 1968. Plagued by the consequences of his heavy use of LSD, he distanced himself from the band. Syd wrote most of the songs on the first album. Once he became too unreliable to benefit the band, David Gilmour was brought on to replace him. Waters became the frontman. 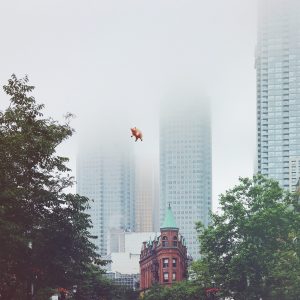 10. Floyd were the biggest draw at the first Hyde Park concert.

In 1968, Pink Floyd headlined the first-ever live concert at Hyde Park in London.

11. Musicians all over the world owe a lot to Pink Floyd.

12. The Dark Side of the Moon is an all-time classic.

The Dark Side of the Moon is not only the Billboard 200’s longest-running LP but also the 4th best-selling album in history. 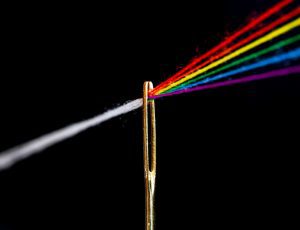 13. They made records of a different kind, too!

Russian cosmonauts took Delicate Sound of Thunder, Pink Floyd’s 1988 Live Album, with them on the 1989 Soyuz TM-7 mission, making it the first rock record to be played in space.

Their classic album covers started appearing on Royal Mail Postage stamps in 2010. This was a commemoration of their legacy.

Who sold more LPs - The Beatles, or Pink Floyd?

Pink Floyd has actually sold more copies of The Dark Side of The Moon globally than any Beatles album - it really is a leviathan of rock music.

After decades of record sales and breath-taking live shows, Pink Floyd is said to be worth a collective $350 million.

What happened to Syd Barrett?

Barrett left Pink Floyd at the end of the 60s, and went on to live a reclusive life - he sadly died in 2006, aged 60, from diabetes complications.

All the Pink Floyd albums

Do you know any fun facts about Pink Floyd?  Share them in the comments below!