Premier League Football is the most followed football in the world. Want to learn some fun facts about The Premier League? Then read on!

1. The Premiership has only been around since the early 90s.

The competition ‘Premier League’ only began on the 20th February 1992. However, the top tier was founded in 1888.

2. The Red Devils are the biggest Premiership champions.

Man United have won the Premier League title the most times with an incredible 13 times. However in all time top tier football – Man United are still on top with 20 titles.

Alan Shearer holds the Premier League goalscoring record with the most goals scored with 283.

4. Man Utd welcome more visitors than anyone else.

Manchester United’s Old Trafford is the biggest stadium in the league with a capacity for over 70,000 people.

The biggest away win in the Premier League was by Leicester against Southampton, winning 9-0 on 25th October 2019.

6. City are the biggest points scorers.

Manchester City holds the record for the most points in a season with a whopping 100 in 2017/18.

7. However, The Gunners have shown amazing form.

Arsenal are the only team to not have lost a game in a single season (2003/04). This team is known as ‘The Unbeatables’. 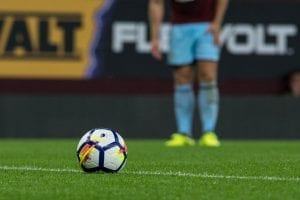 10. Footballers in the Premiership are getting younger.

The youngest player to play a game in the Premier League is Liverpool’s Harvey Elliott at 16 years and 30 days, making his debut against Wolves when he played for Fulham.

11. However, far older players have made the cut!

Conversely, the oldest player to have played a game is goalkeeper John Burridge, who was 43 years 162 days when he played for Manchester City again Newcastle on April 29th 1995. 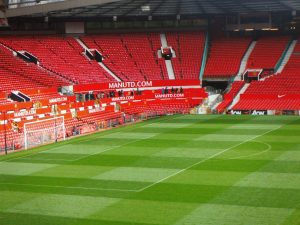 The fastest hat-trick was scored by Sadio Mane, who netted 3 times in 178 seconds for Southampton against Aston Villa on May 16, 2015.

Ryan Giggs has been substituted 134 times, which is more than any other player.

FAQs about The Premier League

Who is the most successful Premier League team?

Manchester United is the most successful with 13 title wins.

Which team is the richest in the Premier League?

As of 2021, Manchester United is the richest team in the UK, and the fourth richest in the world.

Which team in England has won the most trophies?

Liverpool is the most-decorated football team in England, including European victories.

Do you know any fun facts about Premier League football?  Share them in the comments below!