Contribute  Suggest an edit
Find us on Facebook Follow us on Twitter
What’s up, doc? You all remember the rabbit Bugs Bunny, one of the funniest animated cartoon characters! He’s fast, quick-witted, cool, funny, and even a little cruel, but only to his teasers. How about the real rabbits? What do we know about them?

Rabbits are small mammals with cute fluffy, short tails, whiskers, and distinctive long ears. Around the world, there are nearly 50 different species, and while they live in many diverse environments, they have many things in common. Let’s find out more about these furry little creatures through these 32 fun facts about rabbits…

1. Are rabbits and hares related?

Leporidae is the taxonomic family of rabbits and hares.

Within the family, there are 11 genera, but the term “true hares” refers only to species in the genus Lepus, all the others are rabbits.

2. There are more rabbit breeds than cat breeds.

Some rabbits are about the size of a cat, and some can grow to be as big as a small child. 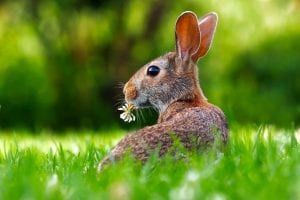 4. The tiny ones are minute – the big ones are huge!

5. There are record-breaking rabbits!

According to Guinness World Records, the world’s longest rabbit is a Flemish giant, 4 feet 3 inches (129 cm) in length and 49 pounds (22 kg) in weight.

6. What are the smallest breeds of rabbit?

7. Rabbits breed a lot for a reason.

Rabbits are well-known for their ravenous reproductive habits. Rabbits breed 3 to 4 times each year.

Because only 15% of baby rabbits make it to their first birthday, to make sure that the population grows, rabbits have more babies.

Rabbits are born with their eyes shut. 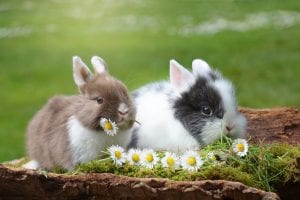 An area can quickly become overrun with rabbits if there is a lack of natural predators.

Rabbits are herbivores, meaning that they have a plant-based diet and they don’t eat meat. 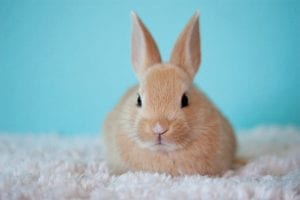 13. Rabbits can be found pretty much everywhere.

Even though rabbits originate from Europe and Africa, they are now found all over the world.

They inhabit most of the world’s landmasses, excluding southern South America, the West Indies, Madagascar, and most islands southeast of Asia.

14. There have been moves to widen the rabbit spread over the years.

Rabbits have been introduced in South America, Australia, New Zealand, and Java during the last few centuries.

15. Bunnies are very sensitive to heat.

To be protected against heat exhaustion or hypothermia domestic rabbits need a regulated environment.

Wild rabbits make their homes at various temperature extremes because they don’t have this problem. 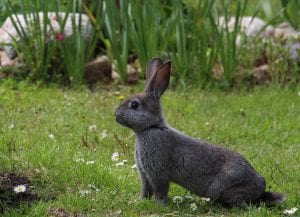 Wild rabbits make tunnels into the ground where they create their homes.

These tunnel systems are known as warrens and include rooms for nesting and sleeping.

18. Rabbits have big families for a reason. 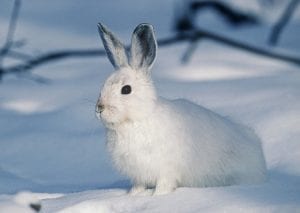 19. Rabbits work best in the dark.

At dusk and dawn rabbits are the busiest. The low light helps them avoid predators.

20. The rabbit has plenty of enemies.

The rabbit’s long legs and power to run at high speeds are likely evolutionary alterations helping them to escape their predators.

To get away from a predator, they can even run in a zigzag pattern and reach speeds of up to 18 mph (29 km/h). 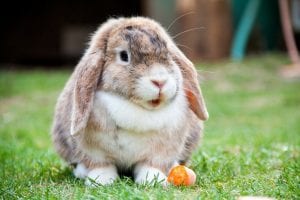 22. Some rabbits are at serious risk.

The domestic or European rabbit is considered within the near-threatened range by the IUCN.

Populations are declining because of invasive predators and habitat loss caused by forest clearing and resort construction.

23. Most of our rabbits descend from the wild.

Scientists think most rabbits are offspring of domestic rabbits that were released in the wild.

Their ears can grow up to 4 inches (10 cm). This stretched-out ear length allows them to hear better when predators are approaching and to stay cool in hot climates. Rabbit’s extra body heat is released through blood vessels in the ear. 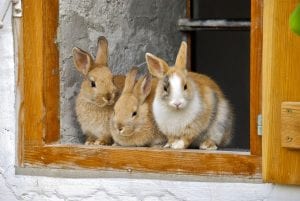 Rabbits can turn their ears 180 degrees and this impressive rotation can identify the exact location of a sound.

26. Rabbit eyes are impressive, too.

Rabbit’s eye can rotate 360 degrees. This helps them look behind without turning their heads.

Rabbits don’t get a lot of nourishment from their diet, so they often eat their excrement to access any remaining nourishment that their digestive system may have missed the first time. 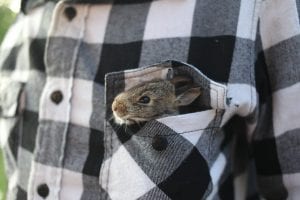 28. Rabbits are sadly given up a lot.

The third-most abandoned animals in shelters are rabbits.

Rabbits are all about territory! You’ll quickly learn that they need lots of space and will decide where they like to eat, sleep, and use the bathroom.

30. Rabbits are clear on when they’re concerned.

Rabbits scrunch their facial muscles and alter their body position when they are feeling worried, signs you wouldn’t notice if you weren’t looking out for them. This is one of the main reasons why they’re so often misread, particularly by children. 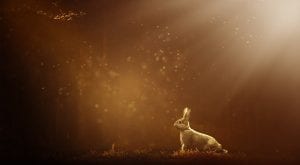 Rabbits purr when they’re happy. It’s not the same as a cat’s purr, it sounds like teeth chattering or light chomping. It’s the sweetest sound!

They binky when they’re super-happy. What’s a binky, you ask? Only the cutest thing in the world! It’s when they jump and twist, sometimes in both directions one after another, before landing.

Rabbits are very affectionate and make for lovely family pets, however, they can take some looking after!

Do rabbits recognise their owners?

Yes - rabbits are known to recognise faces and voices of their owners, and may even be able to come on command.

Generally, no, rabbits are very safe as they are not meat eaters - though they may cause allergies in some people!

Do you know any fun facts about rabbits? Share them in the comments below!

Are you fascinated with small furry pets? Check out these happy facts about hamsters…