Whenever you look up at night sky, you’re likely to see thousands of glittering stars hanging in the dark.

Stars are many light years away, meaning that we may never hope to reach them. We’ve mapped them to help understand our universe and to navigate Earth.

Are you fascinated by the night sky and its constellations?  Here are a few fun facts about stars which could well impress you.

1. How many constellations are there out there?

As of the time of writing, there are around 88 different constellations in the night sky. These were mapped out in 1922, and group together known and named stars to make symbols and characters.

2. Can you see all the constellations together?

You won’t ever be able to see all the constellations in any one place. That’s because some are visible in the Northern hemisphere, and some are only visible in the South.

3. You can name your own star!

People have been naming stars and constellations for centuries. In fact, it’s now possible for you to name your own star for a fee.  Official star names will need approval from the astronomy community. 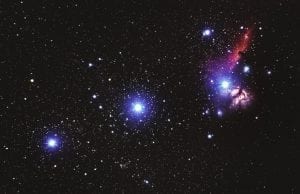 4. We can’t actually see many stars on our own.

There are a lot fewer less stars available to the naked eye than you might imagine. It’s tempting to think you can see millions of stars at any one time.  But, it’s more likely you’ll be able to see 2,000 at a time.

The nursery rhyme ‘Twinkle, Twinkle Little Star’ is a misnomer. That’s because stars don’t actually twinkle at all.  It’s the Earth’s atmosphere affecting how light appears through layers of density.

6. The lifespan of a star is amazing.

Stars last for billions of years. In fact, the smaller the star, the longer it is likely to live for.

Stars die in many different ways, though the most common way is for them to expand into a red giant, then vaporise into a compact white dwarf. This is when they go dark.

Some of the most famous constellations in the night sky include Ursa Major and Ursa Minor, which represent bears. You will also find shapes and constellations which are common to the Western zodiac.

Stars arrive in many different colors, from red to blue, as its appearance depends on how hot its surface is. Though, you’ll never find a completely green star. 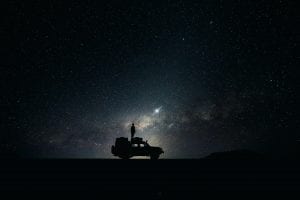 10. The Sun is actually pretty small on the star scale.

The Sun, the central star in our solar system, is actually a dwarf star. This means that, compared to some of the other stars and bodies out in space, it’s tiny!

In fact, its understood that the Sun itself to be responsible for up to 99% of mass in our solar system.

12. Ever tasted a star before?

We’ve heard that stardust takes like raspberries – the Sun’s, anyway. How do we know this?  There is a similarity in the chemical makeup of the Sun’s nebula stardust and the fruit’s general taste! 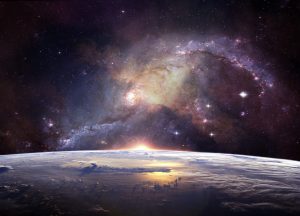 It takes around four billion years for a star to die, which means that no one has been able to see a star actually die. We haven’t caught one yet!

How are stars created?

Star creation can be complex, but it all boils down to turbulence within dust clouds - it’s all about dust!

Stars are massive - we happen to be many, many light years away from them so they look small.

How many stars are there?

No one knows for sure - who can count them? There’s thought to be hundreds of billions, at an outside estimate!

Do you know any fun facts about the stars?  Share them in the comments below!

Are you fascinated with the sky at night? Check out these interesting facts about telescopes…