Stingrays – deadly or delightful? These fascinating marine animals really can pack an electric punch – but there’s more to them than just a simple sting in the tail. Here are some fun facts about stingrays that might just help you in a quiz or two…

1. They have famous family members.

Stingrays are fish that belong to the phylum ‘Chordata’, of the order ‘Myliobatiformes’. They are relatives of sharks!

Stingrays do have skeletons but they don’t have bones! Instead, their skeletons are composed of cartilage. For this reason, they are known as cartilaginous creatures.

3. Fossil remains without bones…how can that be?

Strange though it sounds, fossilized evidence enables us to know that stingrays existed for approximately 150 million years! Their cartilage skeletons and teeth reveal their history. 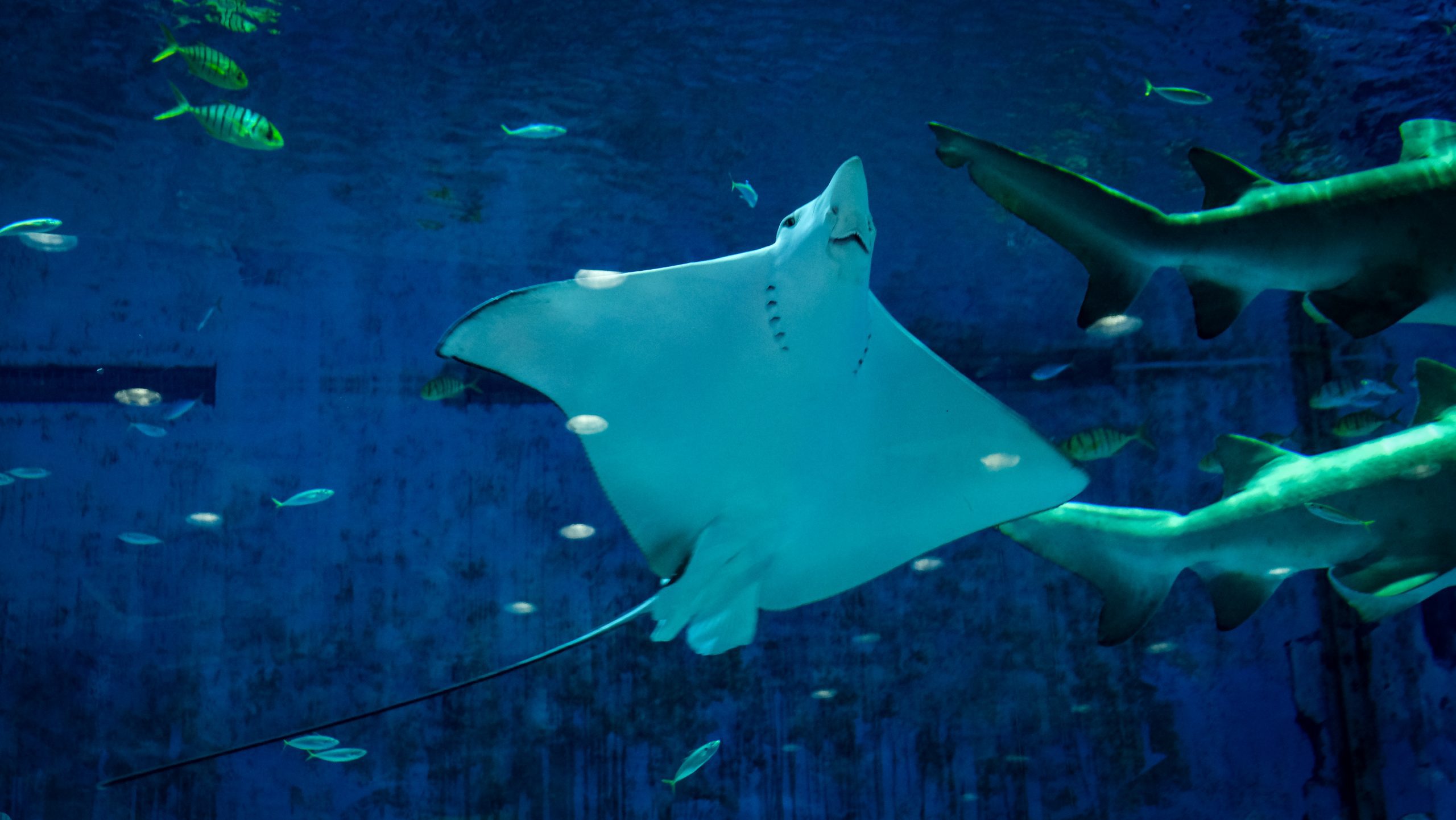 4. There are scores of stingray species.

The study of stingrays is widespread and has led to the current identification of at least a whopping 200 different species!

5. Where do stingrays live?

Stingrays can be found in both salt and freshwater. They are known to live in the oceans, as well as some lakes and rivers. They prefer the warmer waters of tropical and subtropical zones.

6. Life in the shallows.

Stingrays are more frequently found in shallow waters. This may be because they favor the warmer shallow water or because more people wade in the shallows. Stingrays lounge in the sand where they burrow and are easily camouflaged.

Studies show that stingrays do not have great eyesight. They do however have extra sensory receptors which identify electrical emissions from their prey – located conveniently around their mouths!

Stingrays have distinct shapes and features. Their mouths, gills, and nostrils are on their underside whilst their eyes are on top! We can understand how difficult it might be to see the food they wish to swallow!

Stingrays have notoriously strong teeth. Their short flat teeth are strong enough to crack the shells on mussels and clams. Their toothy bands are hollow – so they’re lightweight and have multiple layers. 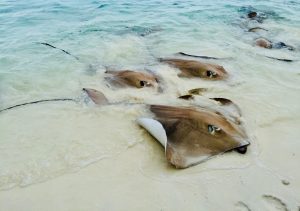 Apart from mating and sharing dining areas, stingray moms often stay with their offspring for around three years. Groups of stingrays are known as ‘schools’.

Baby stingrays have been described as having the appearance of ravioli! They are born proportionally the same as their adult parents and instinctively swim immediately upon birth.

12. How many babies do stingrays have?

Stingrays usually give birth annually. They carry the eggs internally and eject between two to six fully formed babies. They are therefore known as ‘ovoviviparous’. 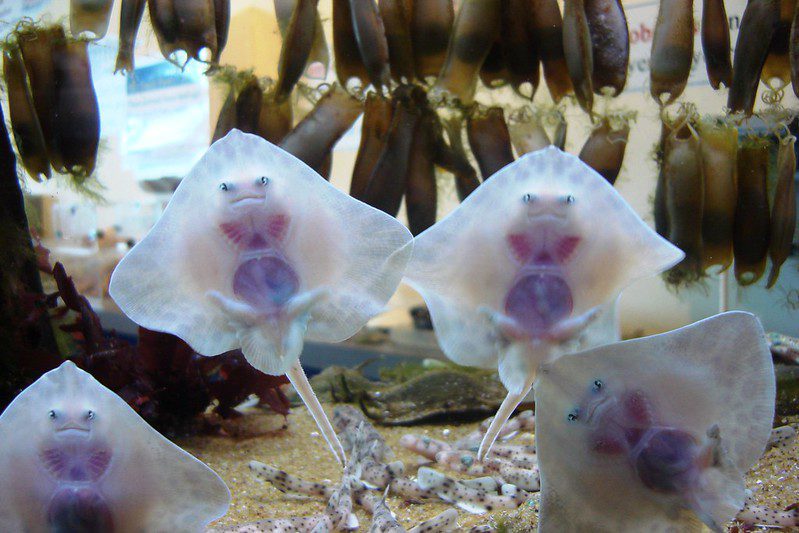 Yes, Stingrays can be stinky! The reason is they store urea in their skin which smells of ammonia.

14. Here’s why you should never tangle with a stingray.

Stingrays have a ‘sting’ in their tails and it can be venomous. So much so, it has been used by humans as an anesthetic! Early records from Ancient Greeks show that the venom of stingrays was used by dentists centuries ago.

In Greek mythology, Odysseus, King of Ithaca, was killed by his son, Telgenus, who used a poisonous Stingray spine as the tip of his spear.

15. A stingray claimed the life of a modern legend.

Legendary zoologist and conservationist Steve Irwin – ‘The Crocodile Hunter’ – died in 2006 on September 4th as a result of a stingray encounter. On this fateful day, Irwin was pierced through the heart by the stingray, which struck him approximately 100 times – he was 44 years old. 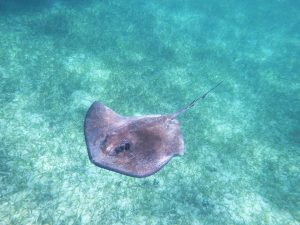 How long do stingrays live for?

In the wild, research has shown that stingrays live for between 15 to 25 years.

Yes, stingray is on the menu in Singapore, Malaysia, and some other countries. It can be fried or boiled and tastes like scallops or sharks. Their flesh is 20% protein and is a rich source of vitamin B12 and vitamin D.

Are stingrays victims of cruelty?

Sadly, yes - in some cases, they are skinned alive by human hunters. Their skins are used for furniture and wall coverings. Thankfully, these horrific practices are becoming more and more known.

Do you know any fun facts about stingrays?  Share them in the comments below!