Ahoy there, fact finders – have you ever heard of the Cutty Sark? Perhaps one of the most iconic British vessels of all time, this 19th-century boat was a tea clipper – and to this day, visitors can still take a look around the amazingly preserved ship at its harborside location. But what is it about the Cutty Sark that makes it so popular with tourists from all over the world? And what is a tea clipper, anyway?

As always, we’re here to help fill in a few gaps for you. The Cutty Sark really is a fascinating vessel that has an important place in British maritime history. Here are some fun facts about the Cutty Sark…

The Cutty Sark is a tea clipper – this means that it was a ship built for extreme speed and streamlined ocean wayfaring, in order to transport tea across the seas. While it was depended on to bring tea from the East to drinkers in the West, the Cutty Sark actually served multiple purposes during its working life.

2. No other ship is quite like the Cutty Sark.

In fact, the Cutty Sark is something of a unique vessel in that it is one of very few tea clippers of its kind still standing. It’s what helps to make it such a fascinating exhibit in its current mooring site.

3. Just how old is the Cutty Sark?

The Cutty Sark is older than many people think. It once sailed the seas from East to West in the 19th century, meaning that it is more than 150 years old. It’s amazing to think that a traditional ship like this is still standing after so long! However, it’s unlikely you’ll ever get to see it yourself in full action again. 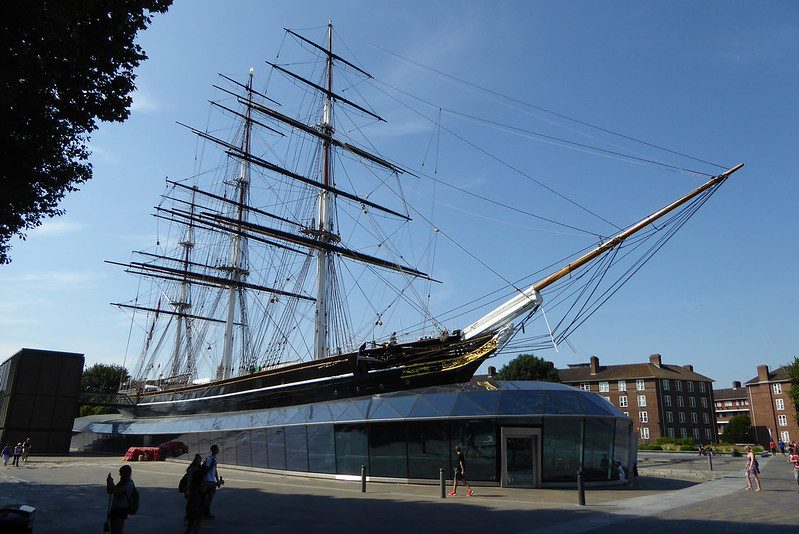 4. We weren’t kidding about the tea!

The amount of tea that the Cutty Sark delivered across the waters over the years was truly colossal. During its lifetime, the Cutty Sark was responsible for bearing and transporting more than 10 million pounds of brew. Not only that, but it would eventually serve a huge purpose in ferrying wool from Australia, where it would eventually rack up more than 45,000 different bales of sheep shearings over the years.

The Cutty Sark was impressively speedy for its time, and as a clipper, it was built for efficiency. You’d normally have found the Cutty Sark reach up to speeds of 17 knots maximum. For laymen, that translates as ‘pretty quick’!

It cost around £16,000 to build the Cutty Sark. In today’s money, this would be just short of £1 million! That’s an impressive investment – and it certainly paid off over the years, to say the very least.

7. Slicing through the oceans!

Cutty Sark was so speedy that it actually held an impressive time trial record for over a decade. For routes travelling between England and Australia, the Cutty Sark was the fastest boat of its kind for at least ten years.

The boat is well-known for its impressive, extensive rigging. So much so that, if you were to measure it all, you’d find that there are more than 11 miles of rigging in total.

There have been multiple owners of the Cutty Sark. The boat was originally owned and operated by Willis & Sons – specifically John Willis – at the very start, though it’s changed hands between the Cutty Sark Preservation Society and the National Maritime Museum since 1953. 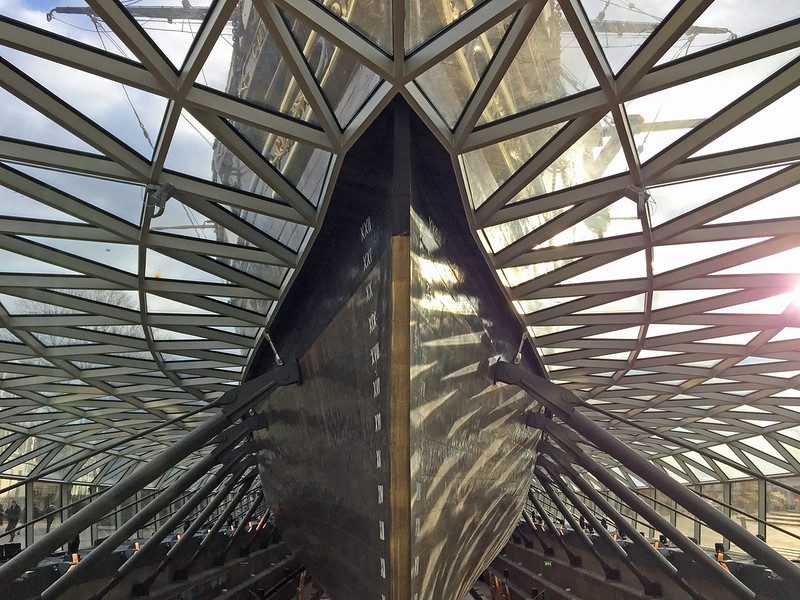 The ship wasn’t always known as the Cutty Sark. In fact, when it changed hands over to ownership under Ferreira & Company towards the end of the 19th century, it became known as Ferreira itself. It would then change name again in the early 1920s, when it became known as Maria do Amparo for all of a few months. Captain Wilfred Dowman would eventually bring the boat to British shores again, renaming it the Cutty Sark.

But what does ‘Cutty Sark’ actually mean? Its name derives from a poem written by Robert Burns. Specifically, his poem ‘Tam O’Shanter’ refers to a type of nightie – a ‘cutty sark’ – worn by a witch! An interesting choice to name your boat, for sure!

The Cutty Sark has weathered all kinds of damage. Most recently, it suffered a huge blaze in 2007 – but luckily, much of the original boat remains. 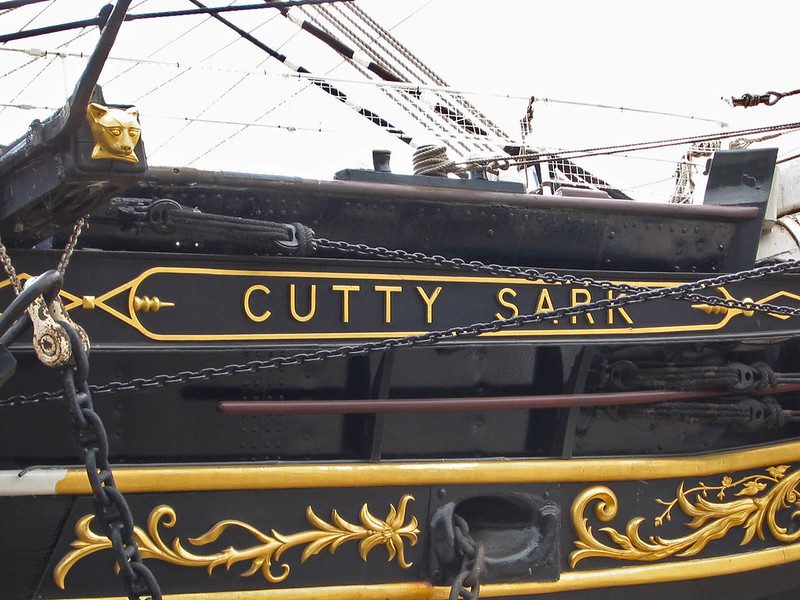 FAQs about the Cutty Sark

What makes the Cutty Sark so famous?

It’s mainly down to its relative speediness - it was a genuine breaker of records back in the day!

What is Cutty Sark alcohol?

Cutty Sark is a type of whisky that’s named after the famous clipper - it’s been around for more than 100 years.

How much does it cost to tour the Cutty Sark?

In GBP, and at the time of writing, it’s £15 admission to visit the Cutty Sark, and £7.50 for kids. However, prices may be subject to change!

Do you know any fun facts about the Cutty Sark? Share them in the comments below!