The Houses of Parliament, of course, are where the main representatives of the British government sit. It is here where laws are discussed, changed, and made, and where MPs sit to debate matters which affect the running of the country.

Some of the most dramatic and history-changing moments occurred either in the House of Lords or the House of Commons, and it’s safe to say tradition will keep the meetings and law makings here running for many years to come. Here are a few fun facts about the Houses of Parliament which might surprise you.

1. It’s been an institution for hundreds of years.

The Houses of Parliament date back centuries, specifically to the 1200s. In typical British fashion, there are still elements of the Houses which date back to medieval times, making both the Lords and the Commons genuine relics. However, the Houses have been rebuilt over the years, with fire destroying the buildings almost entirely in the 19th Century.

While the reigning British monarch may not have as much of a say into law making beyond royal assent these days, the Queen is still technically the one true owner of the Houses of Parliament. This is due to the UK’s interesting status as a constitutional monarchy. This means that the Queen may also use it as a place of residence. Of course, she is also crucial to the re-opening of Parliament once a year.

The Houses of Parliament exist to offer more than just political and legal discussions. There are rooms such as the extensive Royal Gallery which are used to host important dinners and galas. It was even used as a courthouse of sorts for a time. 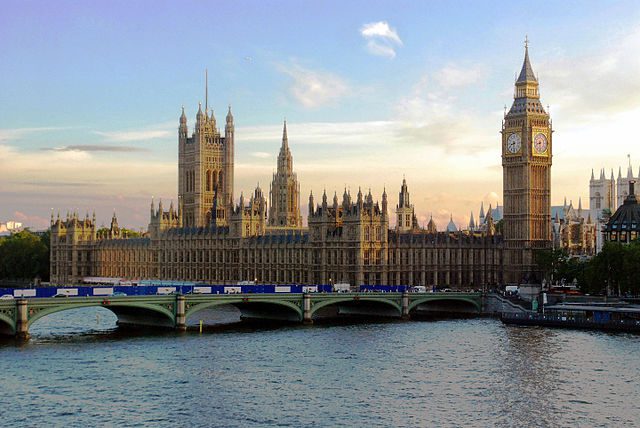 You’ll likely have noted that the Houses of Parliament has a pretty impressive clock – that’s Big Ben. This is perhaps the most famous landmark in London, and Big Ben actually refers to the bell in the tower – it’s now called Elizabeth Tower.

There is an interesting color coding system within the Houses of Parliament. If you ever tour them, you will find that there are gold colors used to signify elements used by monarchs, green for Commons attendants and red for the House of Lords.

Both Houses have their place in terms of important law-making and decision-making. It is always widely stated that ‘parliament is sovereign’, which means that any decisions made within parliament must be adhered to at all times in law, which also means that any court in the country must abide by decisions made here. Parliament law is final! This is particularly interesting, as unlike the US, there is no physical constitution in the UK.

There is a role within the House of Commons known as the Speaker. The Speaker’s role is to try and keep debate in order. This can sometimes be difficult as there are often wide ranging discussions over very difficult and complex topics! What’s more, MPs aren’t always destined to get on with each other, let alone see each other’s points of view!

8. Better not suit up too snazzily!

There’s an odd law in place within the Houses of Parliament which still stands to this day. Specifically, you aren’t allowed – by law – to wear a suit of armour during any visit. Oddly specific, but we’re sure most people will do their best to abide by this regulation!

The House of Lords consists of Lords who have peerages, which are generally appointed. There are two types of Lords, Temporal and Spiritual. Most Lords are Temporal – these are those who are appointed and who are hereditary – while Spiritual Lords are those who are bishops and archbishops. Therefore, the Church still has a place in British law making. 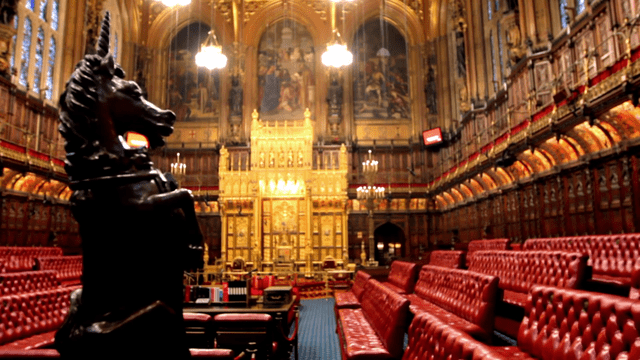 10. WWII took its toll on Parliament.

The Houses of Parliament suffered greatly during the Second World War. The Palace of Westminster, in particular, suffered at least 14 direct hits during the Blitz, which led to significant work taking place to bring it back to full character. The House of Commons, meanwhile, almost fell completely, and had to undergo a complete redesign.

11. The Queen opens up Parliament each year.

The opening of parliament is accompanied by the Queen’s Speech. Unlike her Christmas TV broadcast, this speech is actually written by the standing government. Despite belief to the contrary, the monarch has no power over this speech, and they cannot change it at all before reading it out. 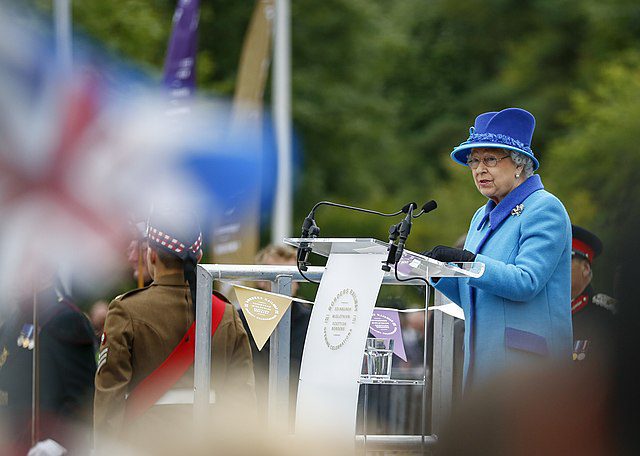 FAQs about the Houses of Parliament

How many houses are there in Parliament?

There are officially two main houses in Parliament, though it’s split into three different parts.

Who built the Houses of Parliament?

Parliament’s houses were built towards the end of the 11th century by King William II - but it’s been remodeled several times since then.

How many rooms are there in the Houses of Parliament?

There are thought to be more than 1,000 different rooms across the entirety of the Houses of Parliament!

Do you know any fun facts about the Houses of Parliament? Share them in the comments below!