The natural world really is amazing – and one of the most popular sights in the northern hemisphere is Aurora Borealis, or the Northern Lights! These fantastic, colorful light cascades can only be spotted in the sky in specific locations – it’s a dream vacation for many people north and south!

Even if you regularly visit the swirls of color up in the atmosphere, you’re sure to find the following facts interesting – so let’s dig in!

1. There is science behind the Lights.

The Northern Lights actually occur thanks to particles colliding. It’s to do with energy from the sun entering our atmosphere.

2. What colors are there in the Northern Lights?

You’ll see colors of pink, green, violet, blue, red and yellow – it’s all to do with different atoms!

Believe it or not, the Northern Lights are present all day, every day. You just can’t see them at certain angles or times of day. 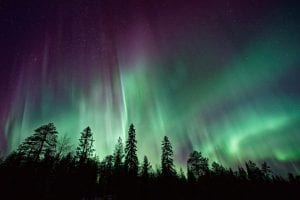 4. There are Northern Lights in space, too!

Weirdly, there are equivalents to the Northern Lights on other planets – Saturn, for example, has strong solar winds and magnetic pulls to create amazing auroras!

5. We know people millennia ago were fascinated by the Lights.

People started seeing the Northern Lights all the way back in 567 BC!

It seems that when the Sun develops sunspots, there’s more chance of us seeing the Northern Lights.

8. Where can you see the Northern Lights?

You can spot the Northern Lights almost anywhere you’re likely to experience magnetic activity. That doesn’t narrow things down, but you can generally spot them in Iceland, Canada, Norway, Greenland, Finland and up in the US state of Alaska.

You can even spot the Northern Lights up in Scotland and down in Mexico! 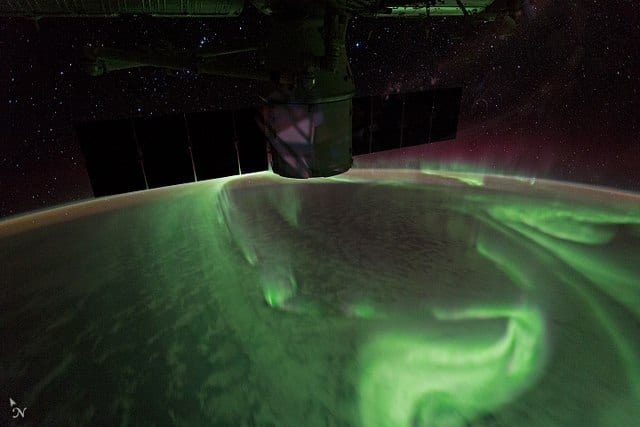 The more light pollution there is, the less chance you have of spotting the Northern Lights – as you might expect!

11. Try spotting them in winter for best results.

You’ll generally find that it’s easier to spot the Northern Lights in winter. That’s because it tends to be much darker!

12. There’s a lot of spiritual discussion.

Many people used to believe that the Northern Lights signified times of famine to be forthcoming. However, Maori believed that the Lights were simply reflections of fire in the sky. 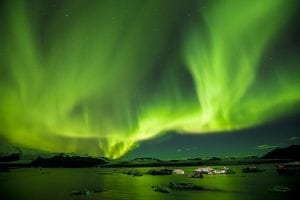 Aborigine people, meanwhile, used to believe that the Lights were spirits in the sky – and Alaskan Inuit believe they are in fact animal spirits. There is a lot of spiritual interest in these lights!

Many Japanese people, too, believe that the Lights are in fact lucky. Who knows for sure?

Norway benefits massively from the Northern Lights, in the sense that they bring a lot of tourists to the country. In fact, it’s thought that more people only ever visit the country to see the fjords! Why not take a look at them all in one trip? 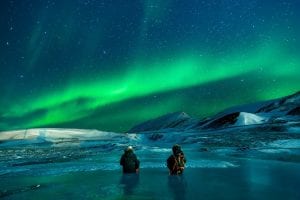 16. There is a southern equivalent.

Aurora Australis occurs in the southern hemisphere, however, it doesn’t tend to have the same appeal as its northern equivalent!

17. Photography of the Lights has evolved massively.

We started taking photos of the phenomenon back in the 19th century, but modern smartphone cameras are now at such a point where you can easily capture them in full color on a device in your pocket! 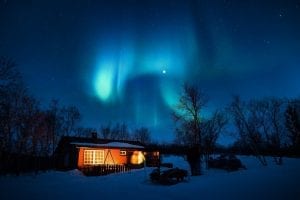 FAQs about The Northern Lights

Where is the best country in the world to see the Northern Lights?

It’s easily Norway - however, you can also spot the Lights really easily over in Lapland, and across Iceland.

Can I see the Northern Lights in the UK?

Yes! However, you’ll need to head out to rural Scotland, specifically the Outer Hebrides. It’s possible to spot them in Aberdeenshire if you are lucky!

They tend to last around 30 minutes long, and can reappear every two hours on average.

Do you know any fun facts about the Northern Lights?  Share them in the comments below!

This page was last modified on October 10, 2021. Suggest an edit