It’s chilly up north – and if you’re a resident of Alaska, US, you’ll probably have some form of way of beating back the chill. Did you know Alaska is actually the biggest state in the US on sheer landmass alone? Here are some more fun facts about Alaska to help warm you up…

17 out of the top 20 highest peaks in the US are all in Alaska – unbelievable!

3. Its flag was designed by a teenager.

Alaska’s state flag was designed by Benny Benson when he was just 13. He designed it in 1926 – and by 1959, when Alaska had joined the Union, it became their official sigil! 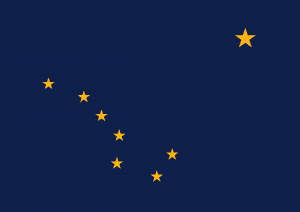 4. A large percentage of the state is glacial.

Alaska is also famous for growing vegetables at a pretty impressive size. Believe it or not, this is all down to the fact that Alaskan summers are extremely long. The biggest turnip ever grown here was almost 40lbs in weight – hefty stuff!

6. The distances between people here is massive.

Alaska is famously sparse despite being extremely large. If you took the same density and applied it to Manhattan down in NYC, only 15 or 16 people would live in the district. It’d be a bit quieter, at least!

Alaska has multiple names. Many people refer to it as either the ‘Great Land’, from which its name is actually translated, or ‘The Last Frontier’.

Many tribes live out in Alaska, with at least 224 indigenous peoples living out in the state’s wilderness – that we know of.

9. Many, many languages are spoken here.

Alaska is incredibly multilingual. More than 20 indigenous tongues and languages are spoken across the land. 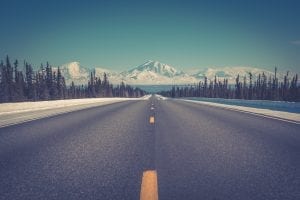 Alaska is absolutely brimming with natural waterways, whether frozen or not. For example, it’s said to be home to more than three million individual lakes.

That’s not all. The incredible Yukon river, at more than 2,000 miles in length, flows through the state. It’s one of more than 3,000 different waterways of its kind in the area, too.

Did you know that you can see the Northern Lights, or Aurora Borealis, up in Alaska? You’ll need to head to Fairbanks, where you can actually watch the light display at least 60% of the year. No need to travel to Europe or into Canada.

Many people forget that Alaska actually has a pretty incredible coastline. It’s truly massive! It measures more than 6,600 miles in length. That’s not including the Alaskan islands – if we include these areas, you’re considering more than 30,000 miles of shore. 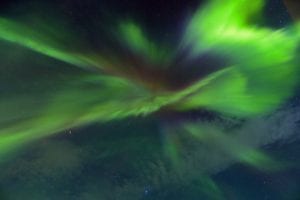 Alaska has the weird honor of being the only state in the US that you can type with just one keyboard row.

The national sport in Alaska actually involves man’s best friend. Dog mushing or sledding is an absolutely massive spectator event across the state, and it’s fair to say they have the snow and terrain for some fantastic races.

Yes - pretty much! It has the coldest summers in the US, and it’s said to hit -40 F even in the spring.

Is Alaska technically part of Canada?

No - it’s a recognized US state.

Is it expensive to live in Alaska?

Believe it or not, yes! It’s not cheap to live in Alaska as it’s so far removed from other states - shipping costs a lot.

Do you know any fun facts about Alaska? Share them in the comments below!