Mexico has a fascinating history, wonderful food, and an abundance of natural wonders. It’s a land of early civilizations, diverse ethnicities, unbelievable landscapes, and a vivacious culture.

Did you know that Mexico is home to the world’s largest pyramid or that Mexico is one of the countries with the richest linguistic diversity in the world? We’ve prepared 43 fun facts about Mexico to get you acquainted with this beautiful country with colorful traditions…

1.    Mexico is probably bigger than you think.

Mexico is the fifth largest country in the Americas and is bordered by the United States to the north, the Gulf of Mexico to the east, Belize and the Caribbean Sea to the south-east and the Pacific Ocean to the south and west. 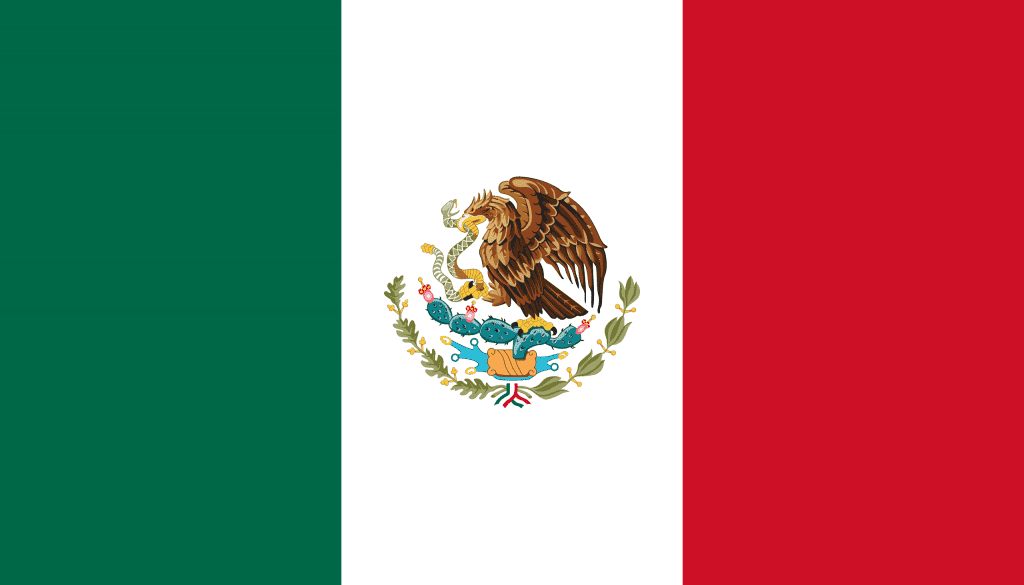 It’s made up of mountains, jungles and deserts so there’s sure to be something to do for everyone!

Due to the fact it was built on a river, Mexico City is sinking at a rate of 15-20cm per year! In fact, over the 20th century it sank an incredible 9-11 meters!

Most Mexicans are mestizos, meaning they have a combination of Indian and Spanish blood.

9.    Mexico is full of ancient artefacts.

The landscape here is diverse, consisting of jungles, deserts and mountains and is scattered with ancient ruins from both the Mayans and Aztecs. 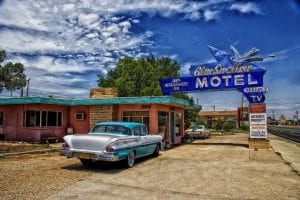 The Spaniards built the city on the ancient ruins of the Aztec city of Tenochtitlán.

12. Mexico was once the literature capital of the Americas.

Years before phones and the internet became common, the place to find your literature in North America was Mexico. 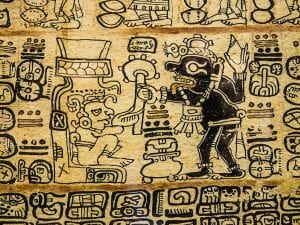 13. Mexico started printing before many of us!

Mexico City was the first place in all of North America to use the printing press in 1539.

Mexico has been home to great artists. Throughout history, the Maya and other Indians created inspiring murals, sculptures, and jewellery.

15. Mexico has been educating people for centuries.

You may assume that the oldest university in North America is Harvard, but the National Autonomous University of Mexico in Mexico City was opened in 1551, but unfortunately it was closed in 1867 during the dictatorship. 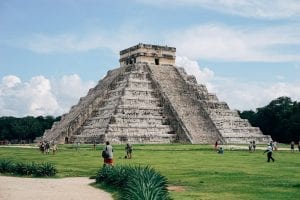 16. Think Egypt has the biggest pyramids?

Mexico is home to the biggest pyramid in the world, even bigger than the pyramids of Giza –  the Great Pyramid of Cholula.

It’s believed that the biggest pyramid has been constructed for the Aztec god Quetzalcoatl.

17. The education scene in Mexico is truly intriguing.

The National Autonomous University of Mexico re-opened during the revolution, so unlike Harvard, it hasn’t been open as long, but it has been around longer!

18. In ancient Mexico, losing was NOT an option.

In ancient times, losers of a ritual ball game in Mexico were put to death. So, we can surely say that Mexicans take sports seriously! 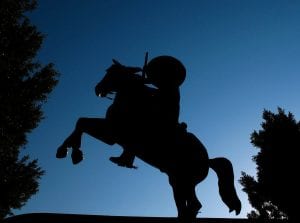 In some hazardous sports, like bullfighting and rodeo, which was invented in Mexico, contestants still put their lives in danger.

Mexico has 10-12% of the world’s biodiversity, making it the 4th most bio-diverse country in the world.

21. Mexico’s fauna are wild and various.

Spider monkeys, ocelots, and macaws are just a few of the animals, which are part of Mexico’s wildlife. 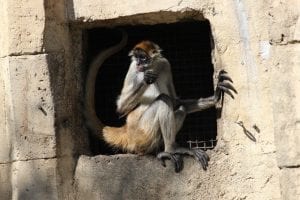 22. Mexico has its own currency.

The currency here is the Mexican Peso.

23. Christmas is rather different in Mexico.

Children in Mexico don’t receive presents on Christmas day; instead they are given out on January 6th to celebrate the arrival of the three kings.

If you’re fascinated by history, make sure you visit some of the magnificent ancient ruins such as Teotihuacan (Aztec) and Chichen Itza (Mayan). 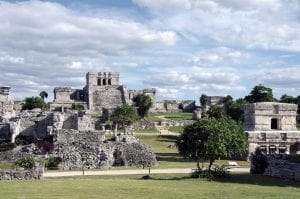 25. The Mexico-US border is big business.

The border between Mexico and the USA is the most frequently crossed international boundary in the world, with an estimated 350 million legal crossings every year!

The Day of the Dead is a unique national holiday that celebrates the dead – in Pomuch it’s traditional to remove the bones of one’s ancestors from tombs and “dust” or “wash” them by hand.

The concept for “Coco”, the animated film that won two Academy Awards for Best Animated Feature and Best Original Song, “Remember Me” is inspired by the Mexican holiday the Day of the Dead. 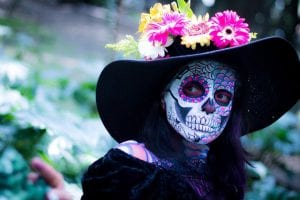 Day of the Dead costume

28. Mexico is multilingual to a staggering extent.

Most Mexicans speak Spanish, but there are 68 recognized languages in the country, mostly native.

Mexico produces corn, wheat, soybeans, rice, wood products and beef. It has an industry that consists of tobacco, food and beverages, chemicals, iron and steel.

30. We have Mexico to thank for chocolate!

Chocolate originated in Mexico, where the Aztecs and Mayans first cultivated the cacao plant thousands of years ago. They typically enjoyed chocolate as a drink, and they used the beans as currency.

The word chocolate even comes from the language of the Aztecs! 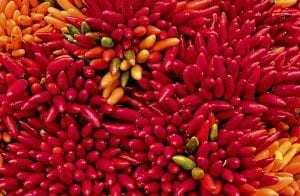 Mexico is famous for the chilli

31. Mexico is well known for its water features.

Mexico is known for its amazing natural pits or water-filled caves, called cenotes. Cenotes are well-liked swimming spots for tourists.

The Mayan people used these water-filled caves as water sources, and they had a particular significance for them.

32. Extreme sports are popular in Mexico.

Some cenotes are making up miles of caves and caverns below the ground and water – perfect for some extreme scuba-diving!

For the Mayans, cenotes were sacred places that served as an entryway to the underworld where the dead continued their lives. 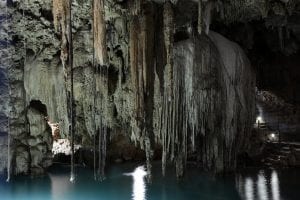 Mexico is also home of the longest and largest underwater cave system in the world.

35. Mexico is fully independent of Spain.

The Spanish rule over Mexico was ended with the Mexican War of Independence in 1821.

The 16th of September is celebrated as the day of Mexican independence, the date when the war began.

Amazingly, in Mexico you can pay your taxes with artwork! Now that sounds good – where did I put my paint brush…? 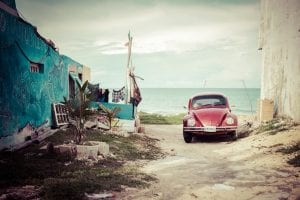 Want to call your friends in Mexico?  You’ll need to use the international dialling code +52.

38. The capital has forward-thinking safety rules.

In Mexico City, it’s illegal for men to enter subway cars, to create a space that’s completely safe for women.

39. The capital is as dangerous as NYC, however.

40. Mexico has an interesting palate!

A walk through any Mexican market can bring spiders, grasshoppers, and even scorpions to your plate, if you’re up for it! Maybe you’ll find this horrifying, but adventurous foodies always find excellent grub in Mexican markets.

The world’s smallest volcano in recorded history is situated in Mexico.

The Cuexcomate volcano in Puebla is 43 feet tall, as a reference, the largest volcano, Mauna Loa in Hawaii is 13,678 feet tall.

Cuexcomate is more like an inactive geyser, but its iconic shape and crater immediately remind us of a small volcano. 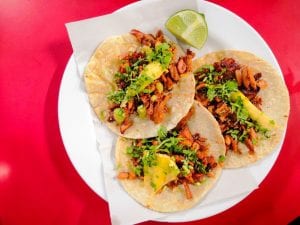 42. In fact, Mexico is known for its volcanoes.

Mexico is home to many volcanoes. The country has 42 active volcanoes and thousands of inactive ones. Mexico is located along the Ring of Fire, the most seismically active region of the planet which contains 90% of the world’s earthquakes and 75% of its volcanoes.

43. Mexico really pulls in the tourists.

The 7th most visited country in the world by tourists is Mexico and was visited by an astonishing 49.6 million tourists in 2018!

Do people eat mole in Mexico?

Yes they do, but not the furry creatures who live underground! Mole is a delicious national dish made of spices, nuts and chocolate!

Is Mexico safe to visit?

Mexico welcomes tourists, however, it is considered fairly unsafe due to violent crime. It is always a good idea to take caution when traveling here.

What can I eat in Mexico?

Mexico is famous for its mole, its quesadillas, burritos and chilli con carne.

Do you know any fun facts about Mexico? Share them in the comments below!