Titanium may not be something you think you come across every day, but it’s an element that’s actually pretty prevalent in all kinds of things. You could be using titanium to make phone calls with, you could even be using it to help brush your teeth – it really is a resource that offers a lot of flexibility.

Titanium is also one of the most fascinating elements on the planet. Represented by the atomic number 22 and the chemical symbol ‘Ti’, it is often used in compounds, as opposed to purely on its own. It’s low density but is extremely tough and durable!

How much do you really know about titanium? In this guide, we’ll break down some interesting facts to help introduce you to this marvellous metal. Where can most of the world’s natural titanium be found? Why is it so sought-after? Here are some fantastic facts about the element that are well worth remembering.

1.    Titanium is strong in more ways than one.

Titanium is very popular in industrial settings, not only thanks to its innate strength, but also thanks to the fact that it resists corrosion and water damage!

Pound for pound, titanium is actually much lighter than iron, which is of course popularly used in industry, too. It’s therefore very useful in the aerospace industry.

Thanks to its light weight and resistant properties, titanium is often used in the production and fitting of prosthetic limbs! Makes sense to have strength and flexibility! 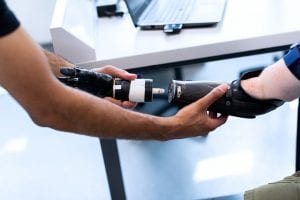 Titanium is used in the manufacture of frames for bicycles, drill bits, tennis rackets, surgical instruments and smartphones. It’s incredibly protective as well as flexible, meaning it’s relied on in many different applications.

Yes – titanium is definitely one of the most prevalent elements in the Earth’s crust – it’s in the top ten. However, it only makes up around 1% of the entirety of the crust.

6.    However, we never USE titanium naturally.

While titanium is non-toxic and is very useful in a variety of circumstances and situations, it’s never used on its own – it is almost always bonded together with other elements.

Titanium is found in many, many Chinese products and manufactures, and as such, the country is the biggest producer on the planet. In 2013, records showed that China was producing six figures of metric tons and more.

Believe it or not, according to the US Geological Survey, China is reportedly sitting on around 200 million tons of titanium – that’s around 30% of the whole world’s supply.

9.    Russia and Japan produce titanium too.

While Russia and Japan produce titanium and are consider two of the biggest on the planet, they do not produce as much as China combined. 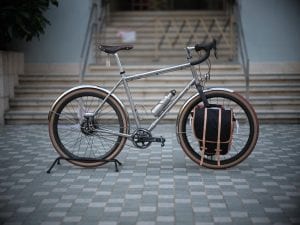 Titanium is actually present in all kinds of things. In various cases, it’s available in toothpaste and even in suntan lotion! Don’t worry – as this certainly won’t do you any harm!

11. Australia is also a huge producer of titanium!

There’s plenty of titanium down under, too! It’s said that Australia is the biggest producer of the element in their region.

12. We’ve been using titanium for centuries.

Titanium was actually discovered all the way back in 1791. It was first unearthed by William Gregor, a metallurgist – and it was first spotted in a Cornish stream! 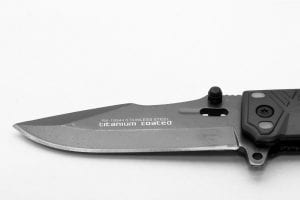 13. In fact, titanium’s discovery was miraculous!

Gregor actually found titanium as a result of it magnetising without his knowledge – it was buried in some black sand! The element was actually bound to ilmenite, and the discovery helped us to understand how titanium works well in tandem with other elements.

14. Titanium was discovered as a compound only a few years later.

In 1795, Martin Heinrich Klaproth discovered Titanium Dioxide – the first compound containing the element. It was found inside rutile mineral, found in Slovakia.

It was actually Klaproth that gave titanium its modern name, even though Gregor discovered it a few years prior. Klaproth named it after the Greek Titans. Gregor, meanwhile, named it Manacannite, after Manaccan village!

What’s so special about titanium?

Titanium happens to be one of the toughest metals on Earth - it resists corrosion!

Titanium, believe it or not, is much lighter than steel - up to 40% as much!

Titanium is extremely sought-after, which makes it very expensive in parts. However, it’s not considered precious or rare.

Do you know any fun facts about titanium? Share them in the comments below!