Valentine’s Day is an annual festival to celebrate romance, love, friendship and admiration. Here’s some fun Facts about Valentine’s Day.

1. When did Valentine’s Day start?

There’s many stories to where Valentine’s Day originated from, but one of the most popular stories dates back to 270 A.D during the reign of Roman Emperor Claudius II. He prohibited marriage because he believed single men made better soldiers…

Bishop Valentine ignored the Emperor’s wishes and continued to marry couples in secret until he was caught and thrown in jail for treason – he was executed on the 14th February, which is why we celebrate St. Valentine’s every year.

Valentine’s Day is the second most popular day of the year for sending cards with approximately 1 billion Valentine’s day cards sent each year around the world. (Christmas being the first most popular).

Approximately 73% of those who buy flowers on Valentine’s Day are men, while only 27% are women. 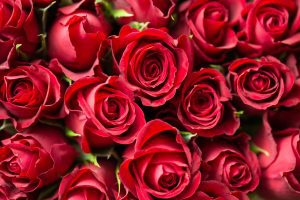 The earliest record of a Valentine’s Day card sent is by The Duke of Orleans who sent a card to his wife whilst he was a prisoner in the Tower of London in the 15th Century.

5. Here’s where this cliche comes from!

The official saying ‘Wear your heart on your sleeve’ came from a tradition in the Middle ages where men and women would draw names from a bowl to see who would be their Valentine – They would then wear the piece of paper on their sleeve for a week.

6. It’s celebrated in many different ways!

In Finland, they celebrate Ystävänpäivä on Valentine’s Day which translates into ‘Friends Day’. It’s all about celebrating with your friends rather than with your partner. Valentine’s Day also doubles up as Singles Awareness Day on the 15th of February.

7. Even dogs and cats luck out!

At least 9 million people buy their pets a gift on Valentine’s Day.

8. Japanese women do the bulk of the buying!

In Japan, only women buy gifts on Valentine’s Day. It’s traditional for single women to reveal who they fancy by giving them a small chocolate gift.

9. It’s a very expensive deal in the US!

In the UK, people celebrating Valentine’s Day spend on average £28.45 each, while in the USA, the average person spends around $200 for the occasion. 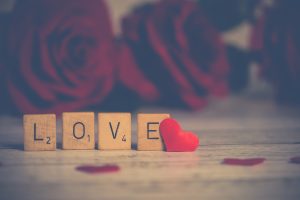 Most florists will increase the cost of their flowers, especially roses by approximately 30% during the week leading up to Valentine’s Day.

Traditionally the ‘x’ symbol we use to indicate a kiss is believed to have its origins in the medieval times- where individuals not allowed to write their names would write an ‘x’ and then kiss it.

12. Heart-shaped boxes are massive in February.

More than 35 million boxes of heart-shaped boxes of chocolate are sold across Valentine’s Day each year. Now that’s a lot of chocolate! 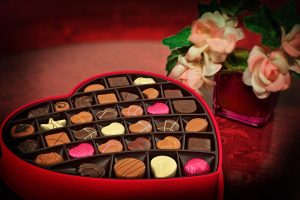 13. Teachers are well loved… who knew?

There are over 200,000 wedding proposals on Valentine’s Day globally. 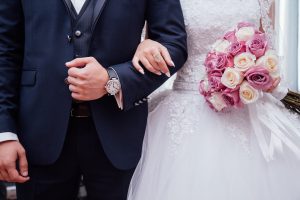 Is Valentine’s Day a bad thing?

Some people are against the celebration as they feel it puts a lot of pressure on people!

Yes! It’s illegal to celebrate the occasion in Indonesia, Iran, Saudi Arabia, Pakistan and some areas of Russia!

What is the 15th February celebrated as?

It’s largely celebrated as Singles Awareness Day - for those who feel left out during the Valentine’s celebrations.

Do you know any fun facts about Valentines Day? Share them in the comments below!