Although yaks may look like hairy cattle, they’re much more complicated than that. Here are some fun facts about yaks.

The yak is a member of the cattle family that lives in the cold mountainous regions of Central Asia including the Indian subcontinent, the Tibetan Plateau, Northern Myanmar, Yunnan, Sichuan and as far north as Mongolia and Siberia.

Yaks have very few recorded aggressive incidents towards humans and are a generally friendly species. However, mothers are extremely protective of their calves and will pretend to charge when they feel threatened.

Yaks normally live at altitudes of around 18,000 feet. The highest altitudes they are able to live at is an amazing 23,600 feet (over 7,100 meters) above sea level. 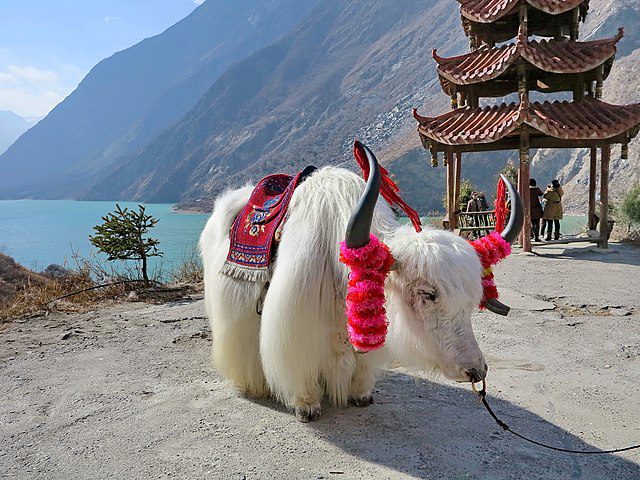 4. They’ll only ever eat greens.

Yaks are herbivores and their diets include grass, moss, tubers, and flowers.

5. Yak herds can be up to one hundred strong.

Herds of yaks can range between 10 and 100 animals. Most of the herd typically consists of females and their young.

6. Yaks can live for decades.

20 years is the life expectancy of a wild yak. However, domesticated yaks can live slightly longer.

7. Yak horns can really sift through the snow!

The firm and dense horns of yaks are used to break through the snow in order to get to the plants buried beneath.

Yaks routinely survive temperatures as low as -40°F in the winter months. Surprisingly, some yaks have even been observed swimming at these low temperatures!

9. Sadly, humans have threatened their species.

Wild yaks are threatened by overhunting by humans and a loss of habitat. 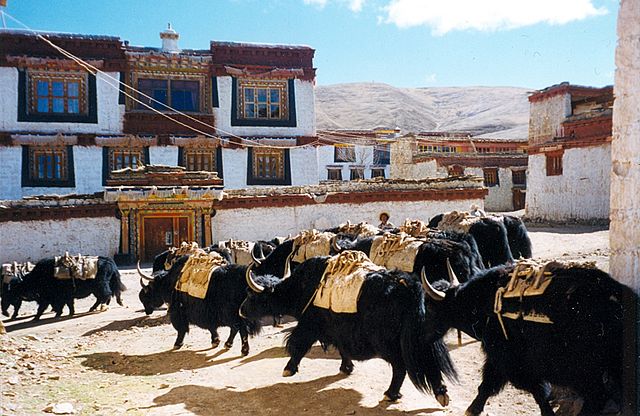 10. They space out raising families!

A female yak typically gives birth to a calf every two years.

“Down” is the name given to the underlayer of the coat of a yak. It is around 10-15% warmer than merino wool and is as soft as cashmere. Down is a renewable, sustainable fibre and is very rare.

12. Yak predators can and will vary.

The Tibetan Wolf has been the primary natural predator of wild yaks historically. However, Snow Leopards and Brown Bears have also been recorded hunting yaks in certain areas.

13. They have familiar family, too.

Yaks belong to the same family as the African Buffalo, Asian Water Buffalo and the American Bison. 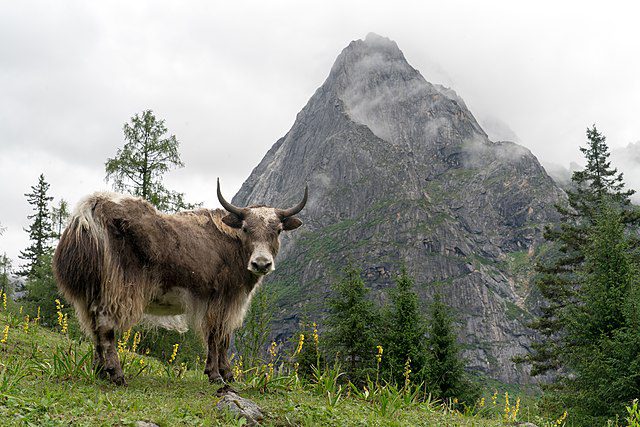 Is a yak actually a cow?

It’s technically part of the bovine family - but it’s not a cow, per se!

Can a yak breed with a cow?

Yes, it’s entirely possible - they can cross-breed with other species of cattle.

How many wild yaks are there?

Do you know any interesting facts about yaks? Share them in the comments below!