Salt, sodium – whatever you may wish to call it – has a strong presence in our lives. It is a natural substance, and many use it to add flavor to food and dishes. It’s also present in a whole host of foodstuffs we buy straight out of the supermarket.

However, it is a resource that can be notoriously harmful to our bodies. But what else should we really know about salt? Here’s some fun facts about salt to help drill down deeper into what it actually is, and why we should be taking better care of our bodies.

1. Salt isn’t actually as bad as you imagine.

Salt isn’t always as bad as nutritionists and doctors will make out. Too much salt – yes – can be very bad for you. However, our bodies actually need a certain amount of salt to be able to function properly from day to day. It’s crucial for our cell fluid and for impulses our nerves rely on.

2. Cutting down salt is tricky.

That’s because it is so widespread and so omnipresent in the things we eat. It’s thought that the best way to reduce a taste for salt – and thus a dependency – is to try and raise children on low sodium diets.

There is such a thing as too little salt – a condition called hyponatremia can arise – and this sometimes happens when too much water flushes it all away. 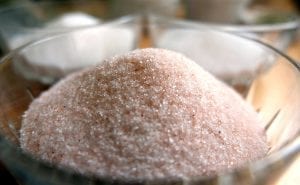 4. Too much salt is never a good thing.

However, it is, of course, extremely deadly to eat a diet that is too rich in salt. It’s been widely confirmed that a salty diet can increase your blood pressure, and what’s more, that is likely to have a knock-on effect for the health of your heart in the long run.

Salt is present throughout our bodies. In fact, there’s likely to be around 250g of salt in you right now – as a result of it being crammed into each and every cell that makes up our forms!

Salt is also positive in the sense that it helps to transport oxygen to different areas of the body. Naturally, we need our bodies to do this to be able to survive! Therefore, it’s always good to make sure we take on a healthy amount of salt – just not too much!

Salt, as a word, comes from ‘salarium’, which is where the word ‘salary’ also derives. That’s because in ancient times, soldiers for the Roman Empire received salt as payment.

8. Most meals contain at least some salt.

Salt is likely lurking in even the most innocuous of foodstuffs and items. Therefore, it is always worth looking into the ingredients of what you eat before you tuck in! What’s more, it is never a good idea to add salt to food that is devoid of the substance – that is just defeating the object!

We all need less salt than we might actually think, meaning that paying attention to medical guidelines might not be the best way to go. Those at high risk of diabetes or heart disease might even benefit from just taking half a teaspoon of salt per day or equivalent to keep healthy. 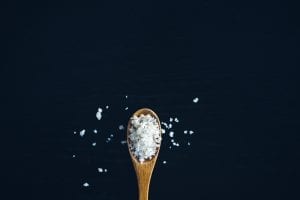 10. It can damage your nerves.

While salt is crucial to help ensure that your nerves stay healthy, they can actually damage your nerves if you take too much of it. As stated, too much salt is never a good thing – we really cannot say it enough! It’s thought that too much salt can be just as bad as too little salt if you want to help keep your nerves in check.

11. Could potassium be a salt balancer?

It’s thought that a diet rich in potassium, balancing out with salt, might actually help to keep certain diseases at bay. However, this may vary from person to person, and it doesn’t always guarantee immunity from certain problems. Tread carefully!

Of course, the seas and oceans all around us are chock-full of salt. However, they are really unhealthy to drink from! You are at severe risk of dehydration if you do. That is why there are increasing efforts to desalinate water heading from the oceans into our homes.

However, check out this for a statistic – the saltiest place on Earth is the Don Juan Pond. It’s a tiny puddle, and you’ll find it up in Antarctica. It’s so salty, that it doesn’t even freeze in the sub-zero temperatures! 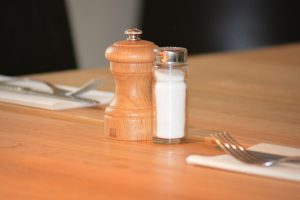 What exactly is salt?

Boiling it down to its basic form, salt is a mineral compound.

Which salt is considered healthiest?

You should try and avoid refined salt or that which has lots of additives - many believe that pink Himalayan salt is considered the healthiest.

What are some alternatives to salt?

Many people choose alternatives to salt varying from paprika to garlic, and even lemon or pineapple!

Do you know any interesting facts about salt?  Share them in the comments below!