The British royal family is one of the most fascinating dynasties in known history. While ancient royal history tends to be a little gorier and a bit juicier than in current times, the royals continue to be a fascinating source of news and tradition.

But how much do you actually know about the Queen and her famous brood? Here are 14 interesting facts about the royal family to help key you in: 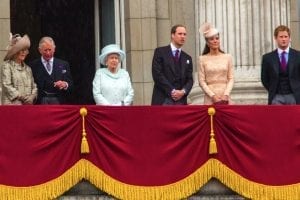 Do you have any interesting or fun facts about the royal family that we’ve missed?  Share them here in the comments section below!