Sheep are just about everywhere – and while they may seem pretty simple and docile, they are actually more complex than you might think! Here are some fantastic facts about these woolly wonders that might just surprise you.

Sheep have a field of vision that lets them see far and wide. Up to 320 degrees, in fact! Therefore, while it might seem as though they bumble about aimlessly, they can see more than many creatures can! This vision is great for helping them to keep ahead of predators.

2. We’ve been followers of sheep for a long time.

We started domesticating sheep centuries ago, largely thanks to how relatively easy they are to manage and propagate. However, they can be very tricky to manage if there are lots of them milling about!

Sheep don’t just come in one or two flavors. The number of sheep species globally stretches into the quadruple figures – meaning it’s likely you’ve seen more than a few different breeds and species over the years. 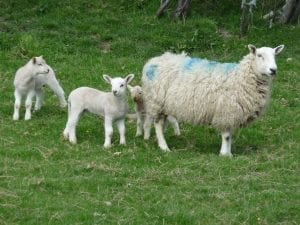 4. Sheep horn growth really does vary from breed to breed.

Some sheep can grow up to six horns – that’s pretty impressive! There are breeds of ram that can grow horns up to some pretty grand sizes and gnarly shapes.

5. A sheep will recognize you!

Sheep can actually recognize faces – to the point where it’s thought they may be able to recognize people they come into contact with! Don’t write them off as being dim-witted just yet!

6. Sheep just love to hang out.

Sheep are very much social animals, to the extent where they will often make firm friends. They’re much like cows and bulls to that degree. Mothers and children form firm bonds, too.

7. Some sheep are homosexual for life.

Many sheep actually show a preference for their own gender. In fact, it’s thought that sheep may be the only other animal, other than humans, that bond and mate with sheep of the same gender for life.

If a sheep rolls onto its back, it’s going to have a lot of trouble getting back up. This is all the more likely if a sheep is pregnant or is very overweight. No wonder they need so much looking after!

Sheep can feel depressed – it’s true! If you separate a woolly wonder from its family or friends for too long, it can start feeling sad. Therefore, it’s always worth making sure it has buddies or family around to have fun with. 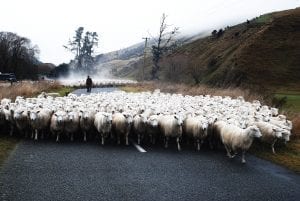 10. Sheep can and will stick up for each other.

Sheep will even get each other’s backs if they are in squabbles or fights. That means if you’re part of the flock, you are always likely to have another sheep on side that’s going to stick up for you.

It’s thought that sheep have memory and brain capacity to recognize and remember up to 50 different members of their own flock and family. Un-baa-liveable!

Sheep can even show off facial expressions. For example, it’s easy enough to spot if a sheep is in a grumpy mood, or if they are happy and smiling.

This can also stem from the fact that sheep have very deep emotional ranges. For example, they can feel fear and can even get angry! They’ll also show feelings of disgust if they are so inclined! 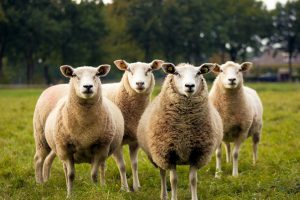 13. Sheep dentistry is a little odd.

Sheep can’t grow teeth in the upper front portions of their jaws, instead of leaving their lower teeth to fill in the gap. Useful when chewing, of course!

14. Sheep will care for themselves.

It’s thought that sheep are able to medicate and look after themselves with certain wild plants and shrubs. However, it’s always worth looking after them yourself, too – if you own some! 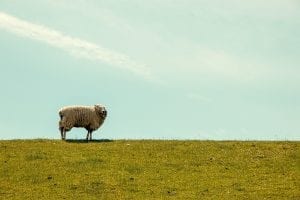 What are two sheep called?

Generally, you’d refer to a small gathering of these animals as just sheep - but large groups are called flocks.

What are male and female sheep called?

What’s the lifespan of a sheep?

If cared for well, you can expect an average sheep to live for up to 12 years.

What’s the scientific name of a sheep?

Ovis Aries is the scientific name of sheep.

Do you know any fun facts about sheep? Share them in the comments below!

Are you fascinated with farm animals? Check out these fun facts about goats!