Looking to swot up on your worldly knowledge and improve your chances at the next pub quiz? Take note of these fun facts about Samoa!

Samoa (formerly known as Western Samoa) is a country consisting of two main islands and 8 small islets in the South Pacific Ocean.

Its nearest neighbors are Tokelau to the north, American Samoa and Niue to the southeast, Tonga to the south, Fiji to the southwest and Wallis and Futuna to the west.

If you love the idea of whiling away a few days sipping cocktails under a thatched beach shack, or you’d love to swim in the crystal clear waters, head for the coordinates 13.8333° S, 171.7500° W for your very own Samoan adventure!

3. The land is pretty up and down on the whole.

The terrain here is rugged, with volcanic mountains in the center of the main islands, surrounded by narrow coastal plains. 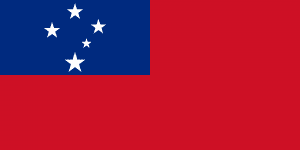 5. …and relatively sparse, too!

6. What’s the capital of Samoa?

7. There are two main seasons in Samoa.

Samoans enjoy a tropical climate with a dry season from May to October, followed by a rainy season from November to April.

8. Do people speak English in Samoa?

The official languages of Samoa are Samoan and English.

Samoans are apparently known throughout Polynesia as the ‘happy people’ due to their love of life and good-spirited nature! 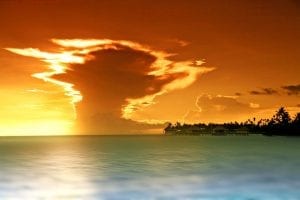 10. They keep changing the flags!

Amazingly, Samoa has had a total of 7 different flags since its inception!

12. New Zealand used to own Samoa.

Samoa gained independence from New Zealand in 1962 after 48 years of rule and changed its name from Western Samoa to Samoa in 1997. 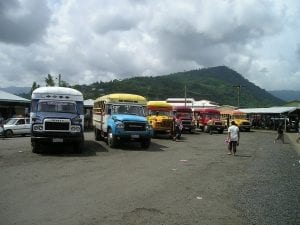 13. Life is long and prosperous in Samoa.

Obesity is seen as a status symbol in Samoa, where being overweight shows prosperity, wealth, and ironically, good health!

In 2009, Samoa became the first country since the 1970s to change the side on which its residents drive. The change came about to bring the country in line with other Polynesian countries and to allow the cheaper import of right-hand drive cars from New Zealand and Australia, rather than having to expensively import left-hand drive cars from America. 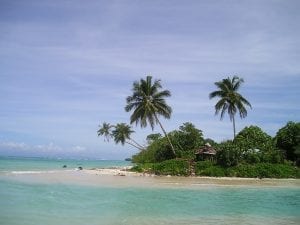 17. Here’s some industry insights regarding Samoa. 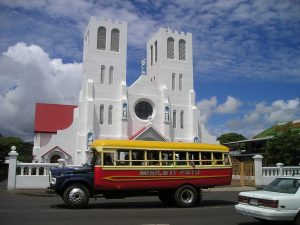 Is Samoa safe for tourists to visit?

On the whole, yes - there is crime in the capital, however, so take care.

Is Samoa near Hawaii?

Is it safe to drink the water in Samoa?

Yes, but only if it is properly treated. Otherwise, try to stick to bottles.

Do you know any fun facts about Samoa?  Share them in the comments below!