What exactly is Area 51 hiding? The subject of many, many conspiracy theories – and a fairly daft attempt to ‘storm’ the government-protected site back in 2019 – the secrecy surrounding the US test facility is huge. However, it’s only so interesting to conspiracy fans across the world thanks to a certain alleged alien sighting and autopsy that took place there many, many years ago.

Whether you’re a fan of the X-Files or were one of the several thousand strong who planned to attend the site several years ago, here are a few fun facts we can take away about Area 51.

Area 51 is the name of a remotely located detachment of the USA Air Force base in Nevada, America, also known as; the ‘Nevada Test and Training Range’ or ‘Groom Lake’. It opened in 1955.

In 1994, a report was ‘declassified’ by the Government, and  the Pentagon released information regarding an ‘incident at Roswell’. It’s here where it had been claimed an alien spacecraft, complete with an extra-terrestrial on board, had crash landed at the site and was autopsied at Area 51. Much controversy and many rumours followed.

Following its construction, the Air Force began officially testing military aircraft at the site. The  U-2 Spy Plane was tested there in 1955 and around the same time, newspapers reported there were ‘sightings of alien aircraft’. 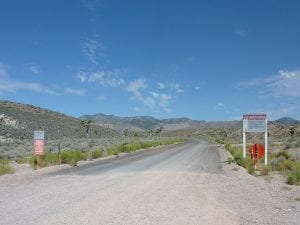 In 2005, Doctor Jeffrey T. Richelson, of the University of George Washington National Archive,  requested that information be revealed about Area 51, in accordance with the ‘Freedom of Information Act’.

Finally, several years later, in 2013, some details emerged about the site, including some details connected with the construction and use of spy planes to gather information.

The film Independence Day revolves around Area 51. Released in 1996, the blockbuster movie tells the story of an invasion of our planet by aliens, one of whom is transported to Area 51 for recuperation and study.

6.    The surrounding area is very tourist-heavy!

Following release of Independence Day, the Nevada state and especially districts close to Area 51 became increasingly popular for those curious to see the Air Base and watch the skies in the hope of a UFO sighting!

A popular motel near Area 51 is the ’Little A Le Inn’ (little alien)! Famous for its specially named cocktail, the ‘Spiced Abduction’, the Inn has a sign at the door saying ’Aliens Welcome’!

Before the Second World War, Groom Lake and the surrounding area, now home to Area 51, was principally of interest to gold and silver miners. After the war, the military decided to take over the area to test weapons, including nuclear deterrents and weaponry.

In 2019, an internet meme went nuclear as thousands of people planned to converge on Area 51 to ‘storm’ the facility. As the event was so well-publicized, no one actually managed to break in – in fact, the whole affair was pretty peaceful! 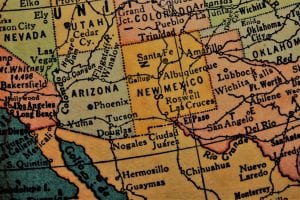 10. Some claim they’ve worked on alien crafts there.

In 1989, Bob Lazar claimed that, as an engineer, he had ‘personally worked on a downed alien spacecraft’ – the Roswell crash of an alien spacecraft, which had allegedly occurred in 1947. This led to considerable speculation about the results of the research and raised questions about why Area 51 remained ‘secretive’ about its operational activities.

Management of Area 51 was handed over to the US Military in the late 1970s amid growing media scrutiny and public interest. For publicity purposes, the handover focused on research and development – but that did not quell curiosity about covert operations involving invasions from space and alien life forms.

At an annual event at the Kennedy Space Centre in 2013, Barack Obama was the first President of the US to publicly acknowledge the existence of Area 51. He gave few details about the base and operations but mentioned its existence as an operational military facility. 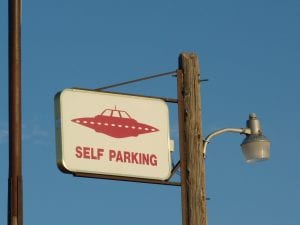 13. The majority of US citizens think Area 51 is a bit fishy.

In 2019, a poll in the USA conducted by YouGov revealed that 54% of adults living there felt that their government knew than they let on about alien space travel!

In 2016, Hilary Clinton stated on the Jimmy Kimmel show that, were she elected as US President, she would ‘open’ government held files on any aerial phenomena, barring those representing ‘national security’. Of course – the rest is history!

As long as files on Area 51 remain classified, we may never know the ‘truth’ regarding Roswell or supposed alien life investigated there. With current US President Joe Biden not yet indicating one way or the other on ‘opening’ Area 51’s files, UFO spotters may have to hold their breath for a while yet. 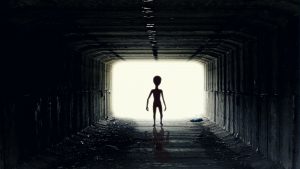 You can get close to it, but you won’t be allowed in - it’s a restricted site!

Are there aliens at Area 51?

While we can’t say for certain - that seems to be unlikely at present. But who knows what’s gone on behind closed doors…?

What’s the weird connection between Area 51 and the Moon landing?

Some people believe that the Moon landing was faked - and filmed in a lot at Area 51. A stretch? Not to some theorists!

Do you know any fun facts about Area 51? Share them in the comments below!