Asia is easily the biggest continent on the planet, which of course means it’s likely to hold more of everything! That also means you’re likely to get more out of Asia in terms of facts and figures than any other land mass on Earth. This, of course, makes it a prime candidate for a fact file!

Asia has both the highest and the lowest points on Earth’s surface, the longest coastline, the world’s broadest climatic extremes, and the most diverse forms of vegetation and animal life on Earth. Being the biggest and most populated continent, Asia is home to the largest (Russia) and most populated (China) nations.

There’s so much to learn about this vast continent, from the incredibly diverse cultures to the utterly mouth-watering food! Let’s waste no more time, here are some fun facts about Asia that’ll teach us a thing or two…

It’s thought that around a third of all the land on the planet falls within Asia. What’s more, around 60% of all living people reside out East!

The biggest country in Asia is, of course, Russia, however, part of the country falls within Europe. However, there are countries in Asia with bigger populations, such as China and India, who have populations which extend well over a billion people. In fact, they are the only two countries in the world to host over a billion.

In fact, Asia is the most populous continent in the world. 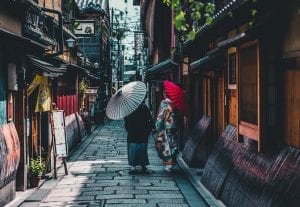 5.    It’s actually part of another continent.

Asia is a part of the supercontinent known as Eurasia, and the Asian and European continents aren’t technically separated.

The geographical Asia that we know of today is a European perception, which began with the Ancient Greeks and how they saw the world.

Today, Asia is home to some of the fastest rising countries in the world, however many lag behind due to corruption, poverty or devastating wars.

8.    Asia has incredible history and heritage.

Asia has been home to some of history’s greatest civilizations and empires, such as the Mesopotamian, the Mongols, Sumerians, Chinese dynasties, Japanese, South Korean empires, and the Vedic, to name a few.

Asia is home to more billionaires than anywhere else in the world. However large numbers of its people live in poverty, with many living on less than 1 dollar per day.

China alone has more billionaires than the US, which continues to fall behind the rising Asian economies.

According to 2018 data, there were 234 more billionaires in China than in the U.S. 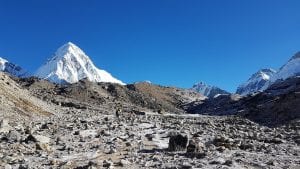 10. Asia is a mountainous continent.

Asia is home to 14 of the tallest mountains in the world, all with peaks over 8,000 meters above sea level.

Asia is home to one of the three longest rivers in the world. While it may fall behind the Nile in Egypt and the Amazon in South America, the Yangtze is still a staggering sail from end to end. This Chinese waterway is said to be almost 4,000 miles long!

12. Asia is a hotbed for all kinds of critters.

You can find wild elephants, tigers, snow leopards, orangutans, as well as some of the most venomous snakes in the world here. 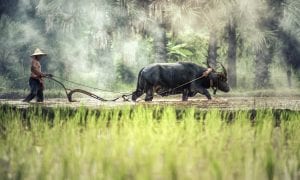 13. Extinction is a major problem in China.

Agriculture and city expansion is taking over the natural environment of animals, pushing many species to extinction.

In some Asian countries, insects are eaten as delicacies.

You can find many ‘exotic’ snacks and delicacies served in the food markets like silkworms, crickets, and other types of fried insects. You can even find some in the supermarket!

There are thousands of different cultures across Asia – it is impossible to state that ‘Asian culture’ applies to just one strand. For example, it’s thought that India alone boasts hundreds of different languages spoken from boundary to boundary. 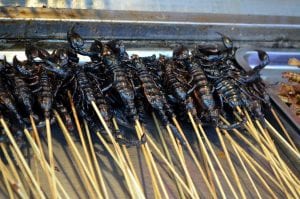 Sticking with Indonesia, it’s thought to be the volcano capital of Asia, and possibly the world. There are over 150 different volcanoes spread across the islands, many of them still active. It’s little wonder, then, that the area is known as the Ring of Fire.

18. You’ll live longer in Asia than anywhere else.

It’s thought that Asian people stand to have a longer life expectancy than many others across the world. For example, in Japan alone, women are expected to live up to 86 years old on average! 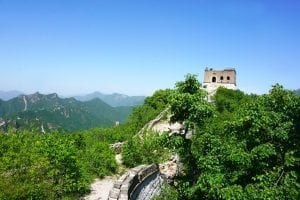 Asia has the unique honor of being home to the Arctic Circle and the Equator – as well as the Tropic of Cancer!

Japan is home to the biggest city on the continent in its capital of Tokyo. In fact, the city is also thought to be a hive for the super-wealthy, as it’s thought that more millionaires live in Tokyo than in LA or San Francisco.

There are still a handful of countries in Asia which belong to the Commonwealth. India, Sri Lanka, Malaysia, Bangladesh, Pakistan, Brunei, and Singapore are all still overseen by the reigning British monarch to some extent. 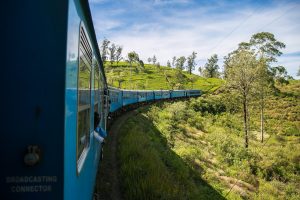 22. Most Asian countries are coastal.

Asia only has a dozen countries which are landlocked – which, of course, means that the remainder have some form of coastline! Physically, Russia takes most of this to itself. Some of the biggest landlocked Asian countries include Mongolia and Bhutan.

Much of Mongolia, in fact, is almost uninhabitable. That’s because a vast portion of the land is desert, in the form of the Gobi. However, temperatures here get colder than you might think, with -40 degrees Celsius possible at its chilliest.

Asia is a word which translates roughly to mean ‘sunrise’ and is also a common name. 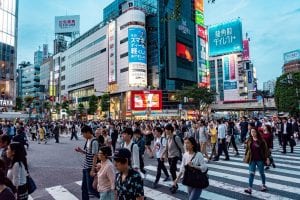 25. Asia is an intelligent continent.

It’s thought that Asian citizens tend to be smarter than many others worldwide! That’s because Japan, Singapore and South Korea citizens all score the highest in terms of IQ averages.

26. The vast majority of nations in Asia are in the United Nations.

Much of the continent takes part in United Nations congresses, with at least 49 states being full members. Around six states aren’t recognised fully by the UN.

27. Asia is a multi hemisphere continent.

Asia crosses both hemispheres – it’s that large! In fact, only one country in Asia, Indonesia, sits entirely in the Southern Hemisphere. You can go on a world tour without leaving the continent!

In Asia, there are more than 500 million Buddhists.

The bastion of Buddhism is in Asia, particularly in South and East Asia. 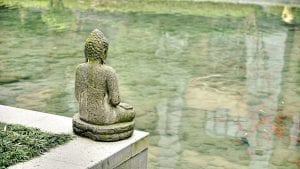 29. …That’s particularly so in Thailand.

The Thai population consists of 95% Buddhists.

Still, on the Asian continent, Buddhism isn’t the biggest belief system, there are far more Hindus and Muslims.

In Asian countries 90% of the total world production of rice is consumed.

In many Asian countries you can have rice for breakfast, lunch, and even dinner. 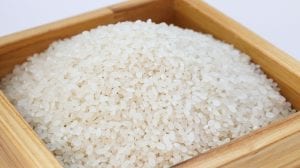 It’s believed that up to 90% of South Asians are lactose intolerant because they lack the enzyme called lactase or have lower levels of it.

50% of the Asian population have a deficiency of a liver enzyme to metabolize alcohol, hence the rumours that Asian people can’t handle alcohol very well.

Scientists also think that this is the reason why many Asians feel a facial flushing reaction after drinking alcohol.

The tallest building in the world, the Burj Khalifa, can be found in Asia, even though some people think that the Middle East is a separate continent, it belongs to the Asian continent.

Asia boasts of many other tall buildings like the Shanghai Tower, Lotte World Tower, Taipei 101, Tokyo skytree, and the Abraj Al-Bait Clock Tower. 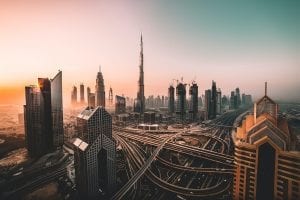 35. Japanese people live longer than anyone else.

Japan has the longest life expectancy in the world. The Japanese’s balanced diet is the major reason behind their long lifespans.

36. Reverse sunbathing is a trend.

It’s popular for Asian women to stay away from the sun because they want their skin to remain light.

37. There are wide open sands in Asia.

The biggest desert in Asia is the Gobi Desert.

The largest lake in the world, Lake Baikal is also found in Asia.

How many countries are there in Asia?

This is somewhat disputed - but there are thought to be up to 48 different territories across the continent.

What is the smallest country based in Asia?

Technically, it’s The Maldives - it’s the smallest country in Asia on its size as well as its citizenship.

What’s the richest country based in Asia?

Believe it or not, it’s Singapore - Qatar and Macau aren’t far behind on the rich list.

Do you know any fun facts about Asia?  Share them in the comments below!