If you’ve ever considered taking a trip out to Egypt at any point, it’s likely you’ll have come across Cairo at one point or another!

The stunning, ancient capital city of Egypt, Cairo continues to be an amazing tourist draw, and is a hugely popular haunt for historians. Let’s course through some fun facts about Cairo worth remembering!

1. The Giza Pyramid is massive – let there be no doubt!

The Great Pyramid of Giza is assumed by many to be the tallest man-made structure on Earth. However, it’s at odds with the Lincoln Cathedral and the Eiffel Tower. However, at 146.7m tall, it’s not to be toyed with!

2. The Oasis food court is a world record holder.

Cairo is a major metropolis for foodies. It’s said to have the biggest food court of its kind on the planet – Oasis. Oasis is home to around 25 different restaurants, and there’s space for more than 4,000 people.

3. You can barely move for cars around here!

Cairo is absolutely bursting with automobiles – it’s said to be home to around 4.5 million vehicles, and that’s just accounting for the cars! 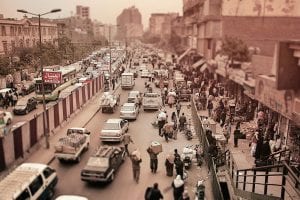 4. If you fancy taking a trip to the Nile, head straight for Cairo.

The city is a great place to see the Nile from, as the huge river runs right through it.

5. Cairo’s been around for a very long time.

Cairo was founded more than a millennium ago – it was set up around 969 AD. However, its predecessor city, Memphis, dates back even further – and was the original capital city of Egypt.

Cairo’s home to a staggering number of people. There are more than 9.7 million denizens in the city, and that’s just based on 2019 figures. There are no cities with more people in the whole of Africa.

7. Cairo’s been an important asset to many different empires.

The city of Cairo has been of particular interest to many different empires and sieges thanks to its proximity to the majestic Nile. For example, did you know that the Ottomans had control of the city?

8. Napoleon once held Cairo – but not for long!

Weirdly enough, Emperor Napoleon was in charge of Cairo for a time. However, it was only for a period of three years! Believe it or not, the Ottoman Empire lost the city to Napoleon – only to claim it back again! Now that’s revenge! 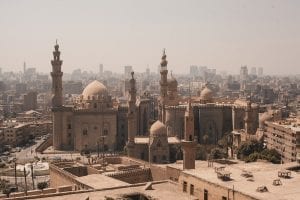 9. Its translated name is pretty intriguing.

Cairo roughly translates into ‘the one who won’ – interesting stuff!

The city plays home to one of the oldest educational establishments on Earth – Al-Azhar University.

11. Who’s breaking out the tape measure for this one? 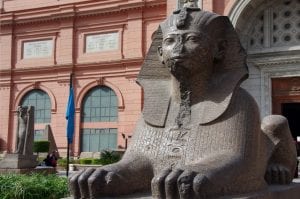 The Museum of Cairo

The city is only around 23m above the sea on average – it’s fairly close to the water compared to most cities!

13. Cairo is generally protected by UNESCO.

The main hub of Cairo city itself is actually a UNESCO World Heritage Site – it’s been protected by the list since the late 1970s.

Cairo summers tend to go on forever thanks to its place in the world – there’s only ever a winter and a summer, and the summers last around eight months a year! 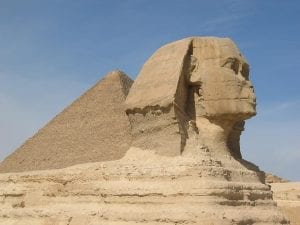 The city of Cairo is shaped almost like a fan – it’s narrow at the bottom and wide at the top!

Is Cairo a safe city to visit?

Generally, yes, Cairo is fairly safe as there are so many people out in daylight as well as night. However, petty theft is always an issue no matter where you go, so be careful!

What is Cairo mainly known for?

Cairo is mainly famous for being the heart of Egypt, home to the Pyramid of Giza, and one of several ideal vantage points to enjoy the River Nile from.

What is it that makes Cairo unique?

Cairo is a unique city in that it is the only one to play host to a Wonder of the Ancient World that’s still with us - the Great Pyramid of Giza!

Do you know any fun facts about Cairo?  Share them in the comments below!

We hope you’ve enjoyed these facts – are you hungry for more? Check out these interesting facts about Ancient Egypt!