We’re all well aware of the plot element in the film V for Vendetta and the use of Guy Fawkes’ masks. After the film, the Guy Fawkes’ masks have become a universally known symbol of protest used among various groups. The masks both conceal the identity of the protestants and demonstrate their commitment to a shared cause.

But, who was the man being illustrated in the famous mask? What was he like? To unveil his true identity, we’ve prepared 24 fun facts about Guy Fawkes to satisfy your curiosity…

1. Fawkes is a controversial figure.

Guy Fawkes was first a face of betrayal because of his role in the plot to blow up the British parliament in 1605, then a popular symbol of protest.

2. Fawkes was actually born in York!

Fawkes was a representative of a flagrant Yorkshire family and a convert to Roman Catholicism.

His parents were loyal followers of the Church of England. The family on his mother’s side were recusant Catholics, while his cousin became a Jesuit priest.

3. He was a loyal compadre.

Oswald Tesimond, Guy Fawkes’ school friend described him as “pleasant of approach and cheerful of manner, opposed to quarrels and strife … loyal to his friends”. 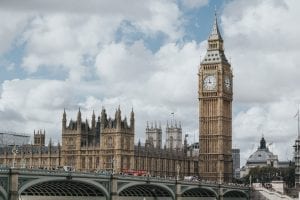 The Houses of Parliament and Big Ben, London

His adventurous spirit, and religious passion, led him to leave Protestant England (1593) and enlist in the Spanish army in the Netherlands.

While in the Spanish army he gained repute for great bravery and cool determination.

5. Fawkes wasn’t actually the original leader of the plot.

The Gunpowder Plot conspirators, led by Robert Catesby, were keen Roman Catholics enraged at King James I for refusing to grant greater religious tolerance to Catholics.

The conspirators planned to blow up the Houses of Parliament during the state opening to kill the king and members of Parliament. Their goal was to clear the way to re-establishing Catholic rule in England.

6. What was in Lord Monteagle’s letter?

In late October 1605, Lord Monteagle, an English aristocrat received a mysterious letter. He intended to be present at the opening of Parliament a few days later, on November 5th.

The mysterious letter contained a message that the Lord shouldn’t attend the Parliament’s opening in order to preserve his life. The sender of the letter warned the Lord about the things that were about to happen and advised him to burn the letter at the end.

7. No one’s really sure who sent the letter.

It’s believed that the letter was possibly sent by Monteagle’s brother-in-law, Francis Tresham.

King James had his doubts regarding the letter at first, whether the threat was genuine or not?

Despite his scepticism, on November 4th, the Earl of Suffolk led a search of the Palace of Westminster and its vicinities, where England’s Parliament was due to meet the next day.

9. Firewood may have been a tip-off.

The earl stated that he found no considerable cause for concern, but he did notice a privately lent ground-floor storeroom that had an unusually large amount of firewood. 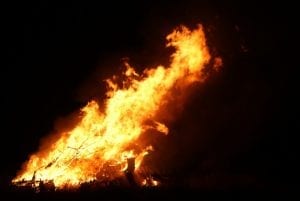 10. Fawkes was enlisted by Catesby.

Robert Catesby, known as the initiator of the plot, and his small band of Catholics decided that they needed help from a soldier who would not be as familiar as they were.

In April 1604 they sent a man to the Netherlands to enlist Fawkes, who, without knowledge of the precise details of the plot, returned to England and joined them.

11. Fawkes helped to plant the gunpowder.

The plotters lent a cellar spreading under the palace, and Fawkes planted 36 barrels of gunpowder and concealed them with coals and firewood.

12. Tunnelling was a big part of the plan.

The initial plan was to dig a tunnel under the Houses of Parliament to move the gunpowder directly under Parliament’s walls. 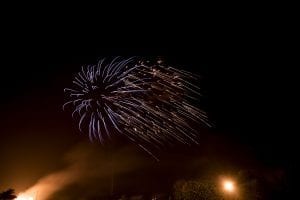 Fawkes pretending to be a servant took the false identity of John Johnson.

Once the plotters managed to rent a basement in the House of Lords the tunnel plan was forsaken.

Sir Thomas Knyvett, a marginal but reliable royal official, supervised a second search of the buildings around Parliament.

Knyvett had exposed an astounding conspiracy to blow up the members of both Houses of Parliament, the king, most of the royal family, and important officers of state. 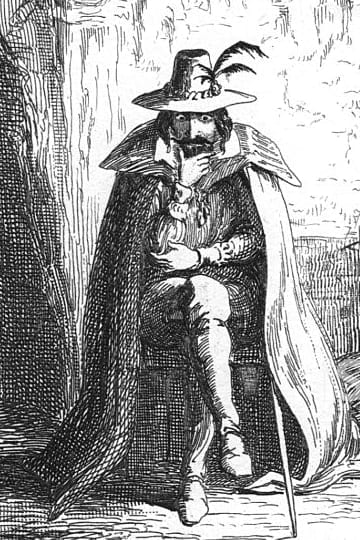 They intended to set up a Roman Catholic regime in Protestant England, with James I’s daughter Elizabeth—who would not be in attendance—as its puppet ruler.

17. Fawkes was eventually brought to book.

When the plot was exposed Guy Fawkes was arrested, on the night of the 4-5th of November 1605).

He revealed the names of his accomplices after being tortured.

18. Fawkes may have leapt before he was killed.

Tried and found guilty on January 27th, 1606, Fawkes was supposed to be executed opposite the Parliament building, but he fell or jumped from the gallows ladder. He broke his neck and died instantly. 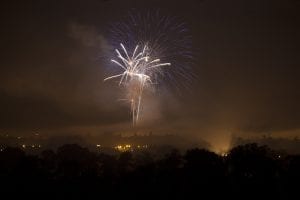 Cut into quarters, his corpse was distributed for public display through the country.

20. The others were also apprehended.

The other plotters were either killed resisting capture or tried, convicted, and executed.

21. Bonfire Night is celebrated in the UK every year.

The Parliament accepted November 5th a national day of thanksgiving. The first celebration took place in 1606.

Guy Fawkes Day, another name for Bonfire Night, is a British ceremony celebrated on November 5th, honoring the failure of the Gunpowder Plot of 1605.

This celebration of Guy Fawkes Day involves fireworks, masked children begging “a penny for the guy,” and the burning of little figurines of the conspirator. 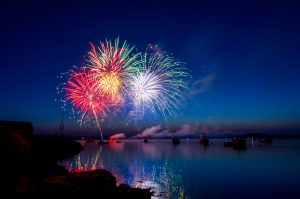 The fireworks represent the explosives that were never used by the conspirators.

Ceremonially guards perform an annual examination of the Parliament building to check for potential arsonists.

Lewes, in south-eastern England, is the place where Guy Fawkes Day’s celebration has a particularly local aspect, including 6 bonfire societies all celebrating the 5th in different parts of the town, all with their own rituals, costumes, fire sites, and fireworks. 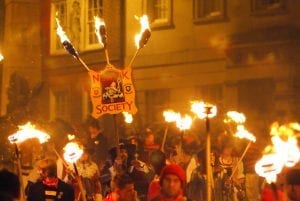 Guy Fawkes Day is generally celebrated in Britain - it’s a unique holiday to the UK!

What do people do to mark the occasion?

Many people have bonfire and fireworks parties; often involving burning an effigy in the shape of a ‘Guy’ - named after Fawkes.

Was Guy Fawkes a good person?

It depends on who you ask - but ultimately, arson is still a violent crime!

Do you know any fun facts about Guy Fawkes? Share them in the comments below!

This page was last modified on October 7, 2021. Suggest an edit