Surely Maryland is the one place in the world that you know everything about, right? This list of fun Facts about Maryland might just perk you up and make you think again about that one…

1. Where is Maryland, anyway?

The state of Maryland is located on the coast of the Atlantic Ocean, beneath Pennsylvania and west of Delaware.

2. US dental history has a firm place here.

The University of Maryland was the setting for the USA’s first dental school.

It has the oldest state capital in America, first opening its doors in 1772. 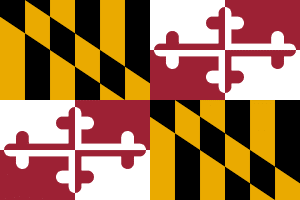 4. For example, Maryland was the first to look after its workers.

When it passed worker’s compensation laws in 1902 it became the first state to do so.

5. Brookeville, Maryland was once the US capital.

The town of Brookeville became the capital of the whole country for 1 day. This happened because President Madison sought refuge there when the British burned down DC.

The checkerspot butterfly has the honor of being the official state insect.

7. It’s home of the refrigerator.

8. One of the best-rated TV shows of all time is based here.

The US drama “The Wire” is set is Baltimore. It holds the distinction of being regarded by fans as one of the greatest shows ever made whilst at the same time never winning a single award from the critics.

The USS Constellation is kept in Baltimore Harbor and was used in the Civil War era. 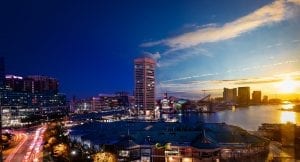 10. It’s around the midpoint for population.

12. Maryland retains some of its British heritage.

It is the only state whose flag has British origins. 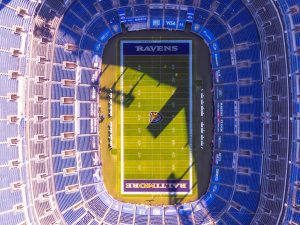 The Maryland Gazette has been continually published since 1729, make it the oldest such paper in the US.

The Backbone Mountain is the highest point in the state.

What is Maryland most famous for?

Maryland is perhaps most famous for being a state of big ‘firsts’, for its trading history, its music and its baseball.

Is it expensive to live in Maryland?

Yes - Maryland is ranked in the top 10 most expensive states to live in across the US.

Does it ever snow in Maryland?

Do you know any fun facts about Maryland?  Share them in the comments below!

This page was last modified on December 27, 2021. Suggest an edit