The tank remains one of the most iconic pieces of military equipment on the planet. These armored vehicles have long been used as fighting vehicles used to cross rugged terrain in times of warfare and conflict. Famously used in World War II, tanks are impressive behemoths that have evolved massively over the decades. In fact, modern tanks are just as powerful as they were in the Second World War – however, they are more spry and efficient these days!

So – let’s take a look at a few fun facts about tanks. If you were expecting fish tanks, I’m afraid you’re out of luck! Maybe that’s going to be a firm fit for a future fact file!

1. Tanks have been used for hundreds of years.

Tanks are thought to date all the way back to ancient times. In fact, they were used as a successor to battering rams and wheeled attack vehicles used from the ninth century onwards.

2. Tanks were based on tractors.

It is James Cowen, an Englishman, who patented a tank not unlike what we know them to be today. His patent covered an armored vehicle that had origins in a tractor running on steam!

Tanks used by British Forces in WWII were kept secret through clever naming alone. They were referred to as ‘mobile water carriers’ – hence ‘tank’! 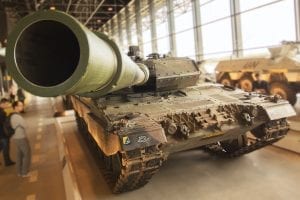 Tanks, while slow at times, are incredible at holding back enemy forces when deployed in the right way – for example, a single Soviet tank was able to hold off advancing German forces into Russia for more than 24 hours.

5. It took a war for the British to start using tanks.

The British didn’t start using tanks on the battlefield until around 1915. In fact, it was during WWI, at the Battle of the Somme, when British armed forces started using these vehicles for the first time.

6. German forces weren’t always happy to use the tank.

During WWI, German forces didn’t seem to prefer the tank too much. In fact, there were only said to be around 20 of them in their deployment up to 1918.

By WWII, it appears that German military personnel had wised up to the tank’s importance in battle. It is thought that around 1,300 tanks were produced during the conflict. Very few of them have survived, with one being a movie prop!

8. What was the Monster?

The Nazis actually had designs on creating a tank they referred to as the ‘Monster’. Fittingly, the Monster tank would have been around 1,500 tons in weight and would need more than a hundred people on board. It seems the project never came to fruition.

German tanks during WWII were actually sabotaged by many people who were forced to work on them by the Nazi regime. 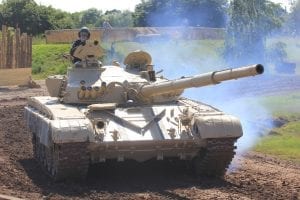 Believe it or not, British forces would identify types of tanks used by gender. Not in the same way we identify boats, however. Female tanks had machine gun turrets, while male tanks boasted cannons.

It is the British and the French who built and deployed the most tanks during WWI, with both countries rolling out more than 6,500.

Tanks started getting faster as the years rolled by, with British forces developing a 20mph tank, the Medium D, which was in progress ahead of the end of WWI. However, tank design and development certainly persisted between the wars. 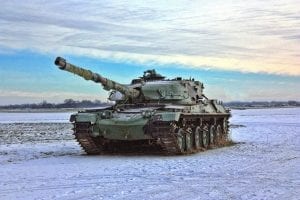 Eventually, tanks would begin to host more powerful and fuel-efficient engines, such as those which ran on gas and diesel in the 1960s. Diesel tanks, in fact, became hugely popular in the 1980s, purely on the basis that they went further for less expense.

14. You could make tea in a British tank!

Tea-making facilities are available as standard in all British tanks. Would you expect anything less? Believe it or not, this has only been a stipulation since WWII. Typically British – it seemed that soldiers were putting themselves at risk to climb out and make hot drinks!

15. What was the smallest tank ever?

The smallest operational tank on record is thought to have been the Renault UE Chenillette. This French tank was four feet tall and six feet wide. This compact battlefield trundler was fairly popular and helped to bolster French forces during the early days of conflict in WWII. 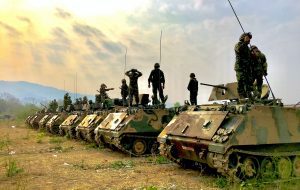 Many tanks produced in WWII were built to cross the water as well as land – making them amphibious!

If you’re interested in getting up close and personal to some old tanks, there’s a tank museum in Bovington, Dorset. 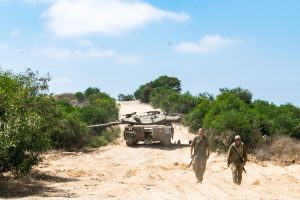 What is the main gun on a tank called?

The main gun on a tank is called a turret.

Can tanks shoot down planes?

Yes - in fact, many have been used to purposely target aircraft.

Did any of the fearsome Tiger tanks survive?

Yes - in fact, there are around seven of the original Tiger I tanks available to view at a British museum.

Do you know any fun facts about tanks? Share them in the comments below!

This page was last modified on December 28, 2021. Suggest an edit