Minecraft became something of a phenomenon around a decade ago. Its open-world gaming changed the way that people played creative games online – as players have to mine and build houses, weapons, clothes, instruments and more from the world around them. This means chopping down trees, mining for diamonds, and even hunting wild animals.

Of course – it’s all done in a very cute and colorful way! It’s caught on with kids and adults alike, and the gameplay has largely remained the same since its initial release. In fact, you can pretty much play Minecraft on almost any system – even your smartphone! Here are some fun facts about Minecraft that you may not be aware of.

Minecraft wasn’t originally called Minecraft at all. In fact, it started life known simply as ‘Cave Game’. Thankfully, it took on a catchier title as time went on, being called ‘Minecraft: Order of The Stone’ along the way.

Despite the game remaining famously simple, there have been a number of expansions released over the years, such as ‘Story Mode’, a spin-off game which actually brings in plotlines and game targets into the world of crafting and mining. 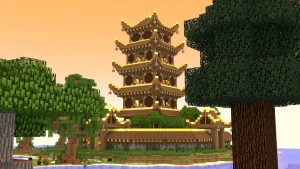 3. Nintendo enhanced the game even further.

In fact, the Nintendo ports of the game are unique thanks to the fact that you can apply Nintendo-themed skins to your characters and worlds. Therefore, it’s perfectly possible to play as Mario in your own Minecraft world!

4. It only took six days to program.

Believe it or not, the very first version of Minecraft, which was released in 2009, was designed and built in just six days. However, over the next two years, leading up to 2011, it would take its full form – and this is more or less the Minecraft we know and love to this day. 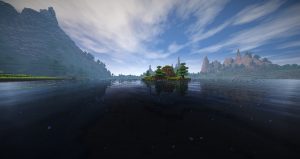 5. There’s an ‘end’ to Minecraft if you look hard enough.

While many players prefer to keep things simple, there is an overarching mission in Minecraft where you can eventually explore ‘The Nether’, an alternative dimension in the game.

There is also ‘The End’, which is rich in all kinds of beasties and supernatural nasties. You’ll need to build portals to reach these zones. However, the nature of Minecraft allows you to enjoy the game as a simple build, create and survive game – without you needing to go any deeper in!

6. You can make it as difficult or as tame as you like.

Despite the linear, open-world nature of the game, you have the option to tweak the difficulty level and experience if you wish to. In fact, ‘hardcore’ mode is likely to be pretty tough on any beginner players.

This mode places you in the world of the game as if it’s the real thing – in the sense that you only get one life! In the normal version of the game, you’ll be able to respawn again and again, albeit randomly across the world’s map.

By spectating online, you can learn more about the game. Spectator mode is hugely popular with players who just want to watch the game from afar – the brilliant soundtrack is really peaceful, too – meaning that many will likely find it a relaxing experience!

8. Will the Minecraft movie ever be released?

There has been a Minecraft movie in the pipeline for many years – though it is still yet to head to the big screen, The Morning Show and The Office star Steve Carell has been attached for almost as long as the project has existed. 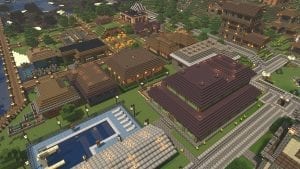 9. Denmark is mad for Minecraft.

Minecraft is truly massive in Denmark. So much so, a full scale model of the nation exists within the Minecraft world – created by government employees in an attempt to get citizens more interested in the local geography.

A rare Easter egg you might spot in the game occurs right at the title screen! It’s thought that there’s a one in 10,000 chance that the title of the game will appear as ‘Minceraft’ instead of ‘Minecraft’. If you’ve loaded up the game around 10,000 times, it’s highly likely you’ll have seen this trick pop up! 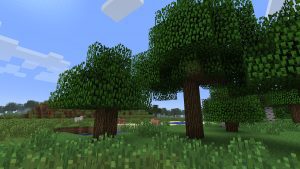 an example of tree specimens in Minecraft

11. There are a few different trees to chop down.

While it’s easy to assume that there’s only going to be one type of wood in the game to begin with, there are actually six different types of tree available for you to chop down and harvest.

You can even create trees from scratch, though it’s going to need a fair amount of work! Keep a close eye on your inventory and materials!

No - it’s a paid game across all devices, and the amount you pay will vary on the platform.

Who owns the rights to Minecraft?

Minecraft was officially purchased by Microsoft back in 2014 - Mojang and the full rights were sold for an amazing $2.5 billion!

Is Minecraft in Super Smash Bros?

Yes - the characters of Steve, Alex, Zombie and Enderman were all added to the Super Smash Bros Ultimate lineup in 2020. There’s also a Minecraft fighting stage with music.

Do you know any fun facts about Minecraft? Share them in the comments below!