The global landscape is truly fascinating! There are some unbelievable highs and stunning lows to be seen all around. Of course, some of our most spectacular landscape features are mountains – and these can be found all over the world, from Wales to China.

How many mountains have you conquered already? Regardless of your own prowess or experience as a mountaineer, we’ve lined up a few interesting facts about mountains and peaks which might just surprise you. Read on for more!

How do you measure a mountain? While many will base at ground level, plenty actually base below the water. That’s why, in many cases, people measure mountains and peaks from water level upwards. It’s seen as the fairest way to compare peaks.

2. We rely on mountains for the drinkable stuff!

Mountains are hugely important sources of water. In fact, up to 80% of the freshwater we drink comes from the peaks. Therefore, we have a lot to thank them for!

3. Everest is still the tallest of them all.

The highest peak in the world is Mount Everest, found out in the Himalayas, at more than 29,000 feet tall. 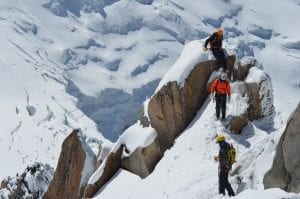 4. Asia has the majority of the tallest peaks on the planet.

The 14 tallest mountains on the planet are found in Asia, specifically in the Himalayas range.

5. How are mountains created?

Mountains are formed through forceful movements in plate tectonics. This means that pieces of the Earth’s crust smash against each other to create huge peaks of land. Mountain creation can take centuries.

6. Mountains may not be immune to earthquakes.

In fact, it’s thought that earthquakes may actually fell mountains, too. For example, it is thought that Mount Everest may have actually been a lot taller were it not for seismic activity.

7. Everest isn’t the biggest mountain on the planet, however.

While Mount Everest holds the record for being the largest peak on land, the tallest peak top to bottom can be found out at sea. This record belongs to Mauna Kea, a dormant volcano that measures more than 33,400 feet from base to peak. Its home is in Hawaii.

Believe it or not, around a fifth of all land on planet Earth is thought to be mountainous. That’s why you’ll find peaks and valleys as far spread as Scotland, France, Russia, China, South Africa and beyond. If there’s one thing most territories have in common across the globe, it’s the presence of mountains.

As well as covering much of the Earth’s surface, mountains are said to be home to up to 10% of the world’s population.

9. Mountains are spread far and wide. 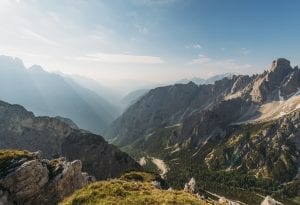 10. There are mountains beyond Earth, too.

There are mountains in space, too! In fact, you won’t have to look too far, as there’s a mighty peak up on the Moon. The biggest mountain here is Mons Huygens. This mountain is thought to be around 15,000 feet tall and is one of many mountains on the Moon’s surface discovered by Galileo.

11. Mountains have big effects on the weather.

Mountains have a huge impact on the weather around us and can even affect how and where storms may travel. Therefore, a mountain range may act as a brilliant weather shield or refuge in some climates.

12. The biggest mountain we’re aware of is on another planet.

The tallest mountain in existence isn’t even on Earth – curiously, it’s on Mars. The mountain in question is Olympus Mons, and it’s said to be three times the size of Mount Everest. Its upper crater is around 45 miles in width, and it’s two miles in depth. That’s enough to cover and engulf some countries!

Venus, too, has mountains – and they are snow-capped in metal. Strange but true! 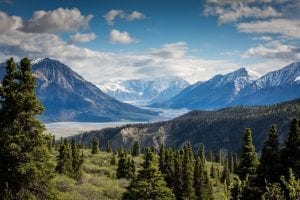 What is the oldest mountain in the world?

The oldest mountains in the world are thought to belong to the Barbertown Greenstone Belt, which is more than three billion years old!

What is the most visited mountain in the world?

The longest mountain range on the planet is the mid-ocean ridge, which is more than 40,000 miles long.

Do you know any fun facts about mountains?  Share them in the comments below!