There are plenty of facts and figures that separate men and women – but how many of them are actually true? In this fact file, we’re going to break down all kinds of stats and surprising study findings to help get to the bottom of what really sets the genders apart.

Did you know that one gender is actually more likely to be diagnosed with ADHD over the other? Who is more sensitive to taste – men or women? Time to take a closer look at some fun facts about men…

Men often say women talk a lot more than they do, yet they have an ‘Adam’s Apple’, and that is evidence of their capacity for sound!

Their voice boxes are proportionally far larger than women’s, so the nearby cartilage protrudes to form their Apples, giving them deeper voices!

The term for the male larynx, of course, refers to the story in the Old Testament of the Bible, referring to Adam and Eve and the forbidden fruit.

3. Men react differently to women when it comes to exercise.

When men exercise they burn more carbohydrates than women, who burn more fat! 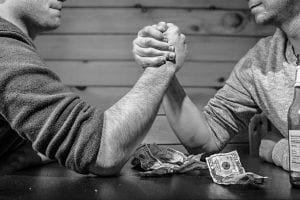 We often quip people are ‘thick skinned’, but to be fair it’s really men who are! Their skin is an average 25% thicker than women’s!

Women tend to be more receptive when it comes to certain senses. For example, men are thought to have much less sensitive tastebuds and smell receptors! This is all down to women having more sensory cells, on the whole.

7. Something to be proud of?

Plenty of men will proudly accept that it is known, of all the primates, proportionally, their penises are longer and thicker than any other species!

8. The ‘male’ symbol is very appropriate.

The Roman God of War is Mars, and his symbol is a circle with an upwardly pointing arrow on top. The very same symbol used to denote ‘Man’!

9. Men react better to the cold than women.

Men do not feel cold temperatures as acutely as women. By having a usually lower body temperature, due to having greater muscle mass than women, men often turn the radiators down sooner than women in winter! 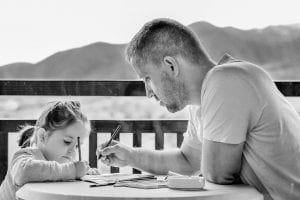 10. You’re more likely to be diagnosed with ADHD if you’re male.

Medical data from worldwide surveys suggest that triple the number of males have ‘ADHD’, or Attention Deficit Hyperactivity Disorder, than females. Unusual behavioral patterns, are, reportedly, less noticeable in pubescent and more mature females. This is thought to be as a result of female biological processes such as menstruation, pregnancy and menopause causing hormonal imbalances.

As many women will agree, it is widely accepted that the size of the brain does not necessarily correlate to intelligence! Men do usually have larger brains!

This is thought to be in proportion to the higher demand for increased number of neurons needed to control their usually greater muscle mass and increased stature! 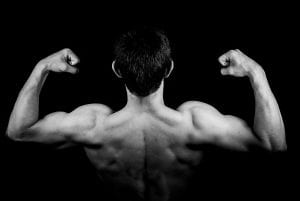 13. Men have more muscle than women.

Men tend to have up to half the amount of body fat as women carry, but up to 50% more muscle mass!

It’s official – men are not as good as women at ‘multi-tasking’! It has been scientifically proven that when the brain activity of men and women was monitored and studied, during tasks, women use both sides of their brain.

Men used only one half their brain, so in the main, specifically concentrating their focus on one task at a time!

15. Male aggression is explained by science.

Studies of the brain have discovered why men have long been thought to be generally more competitive and more aggressive than women. Known to have more of the hormone testosterone, men also have a significantly larger amygdala. This is the part of the brain which controls emotional responses! 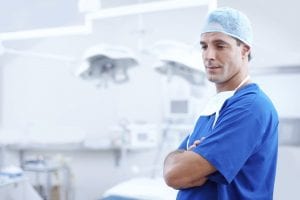 16. Nursing was once a predominantly male profession.

Until the end of the 19th century, more nurses were male than female!

This has changed hugely, however, as only around 5% to 6% of all US registered nurses are men.

Though records confirm more men suffer from color blindness, research at the University in New York has shown that men excel over women when detecting fast movements!

In 2019 a study was undertaken to find out if men are ‘funnier’ than women. Aberystwyth University and the University of North Carolina studied data relating to 5,000 people. Results showed that men have a higher humor production ability over women by a factor of 1 to 2! 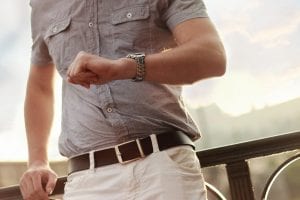 Nick Stoberl is listed by Guinness World Records as having the longest tongue! It measures an incredible 3.97 inches or 10.1 centimeters.

Research from Edinburgh University, in Scotland, confirm that it is usual for men to have longer tongues than women.

Male visitors to Kenya or Tanzania may be surprised when making a new friend there! As a sign of respect, a greeting and friendship, Masai men spit on each other! Masai warriors also spit into the palms of their hands before shaking hands with elders!

21. An odd hobby seems to have more male enthusiasts.

More men than women participate in ‘funambulism’! This is more commonly known as tightrope walking. Of the six most famous funambulists in the world, four are men. 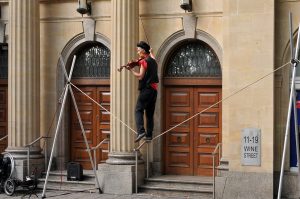 Tightrope walking AND a violin. That’s just showing off!

23. The meaning of the word ‘boy’ is pretty outdated.

The word ‘boy’, which obviously refers to a male child, has only been in use since the 12th Century. It’s thought to derive from the Anglo-Saxon boia. This means, roughly, ‘servant’!

It’s thought that teenage boys are much more likely to quit school than girls – up to four times more likely, in fact.

The word ‘dad’ to mean father has only been around since the 16th Century. It’s thought to come from ‘tad’, a Welsh word which – you guessed it – means father. Looking further back, ‘father’ as a word comes from ‘faeder’. It all stems back to Old English, according to historians. 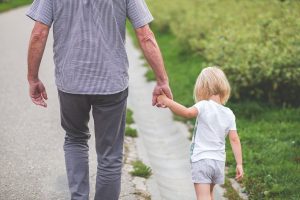 What do men have instead of a uterus?

Biologically, men are very different from women when it comes to reproductive organs - men have prostate glands, for example, whereas women do not.

Can men give birth?

A person born male cannot physically get pregnant, however, there have been several cases of transgender men, or non binary people, giving birth.

Do men have periods?

While women experience regular menstrual cycles, some men are often thought to experience hormonal cycles of their own - as much as 25% of them!

Do you know any fun facts about men? Share them in the comments below!