South America is one of the most diverse and most culturally intriguing continents on the planet.  It is home to miles of rainforest and possesses some of the world’s most important historic artefacts.  What’s more, it intersects the equator perfectly, making it a fantastic holiday destination.  There is certainly more to South America than you might assume if you’ve never been before!

Whether you’ve been to this part of the world before, or are just keen to learn more about the continent, here are a few fun facts about South America to help whet your appetite.

Many people will know that some of the most commonly-spoken languages in South America are English, Portuguese and Spanish. However, did you know that there are more than 300 languages, it’s thought, still spoken at any given time on the continent?

2. Brazil leads the charge in this respect.

In fact, it’s thought that around 180 different languages are spoken in Brazil alone.

3. It’s a continent of many big cities. 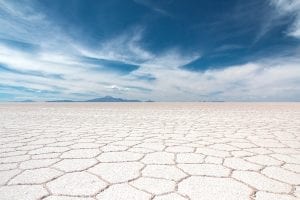 4. It’s also home to many mountains.

South America plays host to the longest mountain range on the planet. That range is, of course, the Andes, which you will find stretches a mind-boggling 4,500 miles.

5. Want to climb to the top of South America?

The highest peak on the continent can be found in Argentina. It’s Cerro Aconcagua, and it’s around 22,832 feet above sea level.

6. The bottom-most city on the planet is here.

Puerto Williams, Chile is home to the most southern city in the world.  It used to be Ushuaia in Argentina.

The highest waterfall in the world is in South America, too. Venezuela’s Angel Falls cascade 2,648 feet.

8. The Amazon Rainforest really is an actual wonder.

The Amazon rainforest is a fantastic, biodiverse location for thousands and thousands of species. In fact, it’s thought that more than 40% of animals and plant life can be found in this one location!  It is constantly under threat of deforestation, too, which is why there have been so many big pushes to safeguard it.

9. South America is no stranger to the UNESCO list.

Brazil is home to 21 UNESCO World Heritage Sites at present, though Peru has 12 to its name, which does of course include the ancient ruins of Machu Picchu. 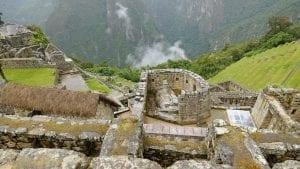 Brazil is also home to the largest city in South America – Sao Paulo, with a population of 12.18 million (2018).   To put this in context, London had a population of 8.9 million in 2018.  Put another way – Sao Paulo is home to more people than populate the countries of New Zealand, Mauritius and Ireland combined!

12. However, we need the continent so we can breathe!

South America is responsible for a fifth of all the world’s oxygen. That’s all the more reason to protect the forestry! 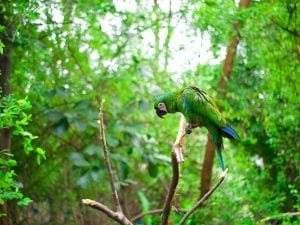 Famous for its parrots, Ecuador

13. Keep those fuzzies well away!

If you keep guinea pigs as pets, be sure to get someone to look after them if you holiday in Bolivia or Ecuador. In these regions – as well as elsewhere on the continent – they are a tasty treat!

It’s thought that traces of early human life dating back 11,000 years can be found here.

15. There are many arid plains.

The Atacama Desert is the driest desert in the world which isn’t found at either of the poles. 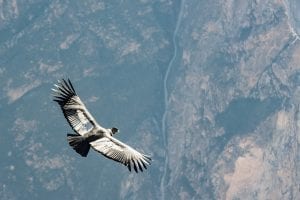 A Condor in the Andes, Peru

16. Religion is rife in South America.

90% of people in South America identify as Christians.

17. The continent is big on renewable energy.

Around 75% of electricity used by homes and businesses in Paraguay come from hydroelectrics. The Itaipu Dam, based in Paraguay, also offers 17% of Brazil’s electricity.

18. Bolivia is the salt flat capital.

At over 10,000 square kilometers, The Salar de Uyuni in Bolivia are the largest salt flats in the world.  It was recently a location for filming the Star Wars movie, The Last Jedi.  It’s also used as a breeding ground for flamingos.. who knew?! 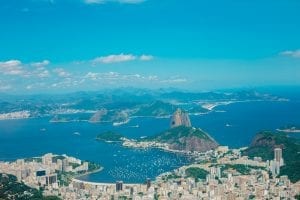 Are North and South America part of the same continent?

Culturally no, though they are somewhat linked at the middle, via Central America - the North is in the Northern Hemisphere, and you can probably guess where South America is!

What is Latin America?

Latin America is a term sometimes used to describe some of the nations across South America, where citizens may largely speak Portuguese or Spanish, known as ‘Latin’ languages that developed from Roman times.

Is Mexico in South America?

No - but it is often regarded as part of Latin America, under the definition explored above.

Do you know any fun facts about South America?  Share them in the comments below!