The Atlantic Ocean is the second largest body of water on Earth, next to the Pacific Ocean. But its size is just the tip of the iceberg — it’s also impressive when we’re talking about history, legends, and marine life.

Here are 14 fun facts about the Atlantic Ocean that will surely make waves!

1. It covers a fifth of the Earth

One of the most important facts about the Atlantic is that the equator divides the ocean into two: the North Atlantic and the South Atlantic. The water in the northern half is warmer and saltier, while the southern half is colder and denser.

3. Its depth is impressive, too 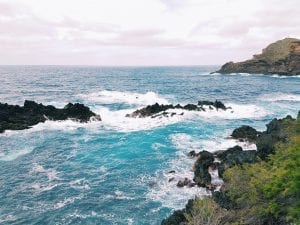 4. It’s a cool fact that the Atlantic Ocean has a ton of icebergs

Icebergs break off from Arctic glaciers and float down to the North Atlantic Ocean, where they pose hazards in shipping lanes. One section of the ocean is even dubbed “Iceberg Alley” because of the sheer number of icebergs that cross paths with ships.

5. It’s the final resting place of the Titanic

A huge North Atlantic iceberg caused the sinking of the RMS Titanic on 14 April 1912. The ship sideswiped the iceberg, which damaged parts of the starboard and pierced six watertight compartments. Hours later, the ship sunk into the Atlantic. The fact that about 1,500 people died makes it an important basis for many modern shipping regulations.

6. It’s the first ocean to be crossed by a plane

On May 1919, three U.S. Navy flying boats (called Navy-Curtiss or “NCs”) took off from the waters outside New York City with a big goal in mind: to cross the Atlantic as no aircraft had ever done before. Only one of them, the NC-4, completed the mission, and thus the Atlantic became the first ocean to be crossed by an airplane.

The ocean was conquered by Amelia Earhart, too. In fact, this amazing woman crossed the Atlantic twice. She first crossed in 1928 alongside pilots Wilmer Stultz and Louis Gordon. Then, she ventured across the ocean solo — the first female aviator to do so — in 1932.

8. The Bermuda Triangle is here

9. It got its name from Atlas the Titan

The name “Atlantic” comes from Greek mythology, which means the “Sea of Atlas.” Atlas was a Titan punished by Zeus. He had to stand on the edge of the world and carry the heavens on his shoulders for eternity. 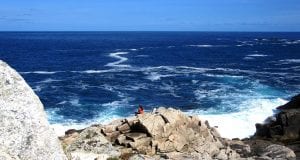 10. The Atlantic Ocean is about 150 million years old

Hundreds of millions of years ago, the Earth only had one giant landmass called the Pangaea. It may sound unbelievable, but the fact is, the Atlantic Ocean didn’t exist at that time. Then, about 180 million years ago, the Pangaea began to break up, and the landmasses of the Western and Eastern hemisphere drifted apart. This opened up the Atlantic Ocean basin, which, over time, was filled up with water.

Although the Atlantic Ocean existed for millions of years, it was first mentioned in writing in 450 B.C. It’s believed that Plato, the Greek philosopher, wrote these records. 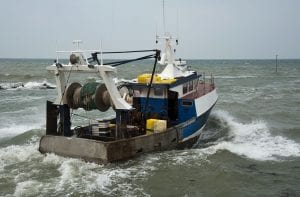 12. The Atlantic is home to rich sea life

The Atlantic is a rich marine environment, with countless species of fish, sea turtles, dolphins, sharks, corals, molluscs, and more. Some even live more than 914 meters (3,000 feet) below sea level.

The Atlantic has essential trade routes and waterways, like the Strait of Gibraltar between Morocco and Spain and the Bosporus Strait in Turkey. Major ports include Rotterdam in the Netherlands, Hamburg in Germany, New York in the USA, and Buenos Aires in Argentina. 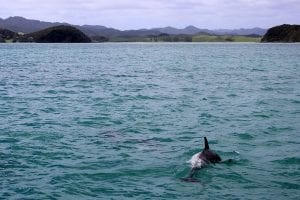 FAQs about The Atlantic Ocean

Who was the first solo diver to reach the deepest point of the Atlantic Ocean?

On December 21st 2018, Victor Vescovo used a private submarine to achieve the first manned solo dive to reach a depth of 27,480 feet (8,376 meters), at the Puerto Rico Trench.

What does the Atlantic’s name mean?

It actually translates, roughly, into the ‘Sea of Atlas’?

Is The Atlantic actually a sea?

No - it is very much an ocean, and a truly massive one at that!

Do you know any fun facts about the Atlantic Ocean? Share them in the comments below!