How often do you actually think about your own body?  We’re meant to look after ourselves better than we probably do.  How well do you know your own body?  Here are 23 interesting facts about the human body to tickle your brain.

1.   Your feet are more complex than you think

25% of your bones are likely to be found in your feet.

2.   Your mouth has more bacteria than you can imagine

Your mouth is a hive for bacteria – so much so that there’s more bacteria in there than there are people alive on Earth right now!

3.   Your body stores plenty of fat

You can make around seven normal-sized bars of soap out of the fat from your body. And that’s not meant as an insult!

Human bodies are faintly bioluminescent – which means we literally glow! However, our eyes aren’t powerful to see this!

5.   There’s not much wisdom in teeth

We are the only animals on the planet with chins.

7.   Your body has amazing regenerative abilities

Your stomach replaces its lining once a week, otherwise, it would digest itself!

Skin is an organ! It also replaces itself in full every month.  You just never notice it!

Your skeleton replaces itself, too – in fact, it does so every ten years. You’re not the same person you are in your 30s that you were in your 20s – literally!

8.   However, only the liver is capable of full regeneration

Only one organ has the power to completely regenerate itself – your liver! However, that doesn’t mean you shouldn’t look after it.

9.   Some people have quite peculiar fears

Some people fear their own bellybuttons! The fear of omphalophobia means there’s no chance of navel-gazing!  Others fear body odour – they suffer from bromidrophobia. 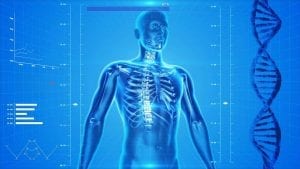 10. Air is essential for survival

There’s a chance your brain could survive without air, if only for around ten minutes.

11. The human body holds many mysteries

There’s no scientific consensus out there to explain what fingerprints are actually for, nor what good yawning actually does for the body.

12. Your intestine is longer than you think

When stretched out, your intestine is likely to be around 23 feet in length. 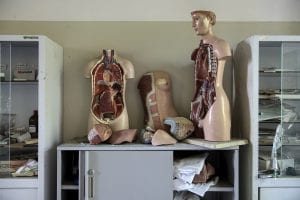 13. The human body can grow or shrink…

You’re likely to shrink at night, and you may even grow taller if you go to space!

14. Pregnancy can affect your brain

Pregnancy can cause your brain to shrink.

15. Your stomach acid can even dissolve metal!

Your stomach’s acid is extremely corrosive. It can dissolve metal instantly, not that you should eat it! 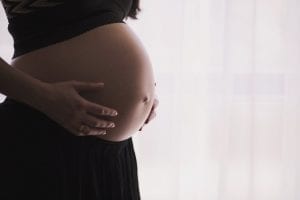 16. Ironically, we blink faster with age

You’re more likely to blink slower as a baby than you are as an adult.

17. Some people hear the movement of their body parts

Time to feel uncomfortable – some people have the unnerving ability to hear their eyeballs roll around, and to be consistently aware of their own heartbeats.

18. Our eyes have an impressive resolution

If you’re a photographer, you’ll likely measure quality in megapixels. Your eyes are thought to be around 576 megapixels – at least there’s an upper target!

19. Think twice before cutting your hair

Your hair is likely to grow around six inches per year.

20. Room temperature is a killer

Sperm is likely to die at room temperature, which is why testicles dangle.

You’re likely to breathe around 20,000 times each day, though you probably shouldn’t count them! 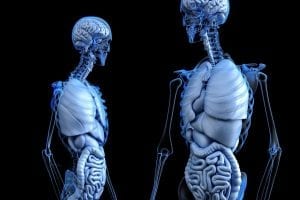 22. Your brain is a giant power saving calculator

Your brain is a massive calculation machine, but it only uses around the same amount of power as a 10W light bulb!

23. We drink a lot of water in a lifetime

It’s likely you will have drunk around 12,000 gallons of water by the time you reach 70. That would fill a fair sized swimming pool!

FAQs about The Human Body

Who named the parts of the body?

The various organs and parts of your body were named after ancient people - anatomists - after things they saw in the world around them!

What’s the heaviest part of your body?

Believe it or not, it’s your skin! It makes up quite a lot - and your liver and brain are in second place, respectively.

What’s the lightest organ in the human body?

The lung is - understandably - the lightest organ in your body.

Do you know any interesting or fun facts about the human body?  Share them in the comments below!

Are you fascinated with the human body? Check out these awesome facts about DNA