In the US, the right for every individual citizen to bear arms is a contentious one. It is laid out in the original constitution that US citizens may own and carry firearms – and this has led to organizations such as the NRA, or National Rifle Association, to set up for the protection of such rights.

While many people see the NRA as a force for good and a force for gun control, it has over the years come under controversy. Political commentators such as Michael Moore, through his documentary Bowling for Columbine, brought the inner workings of the NRA into sharper focus than ever before. Right here and now, however, we’re just going to share a few facts with you! 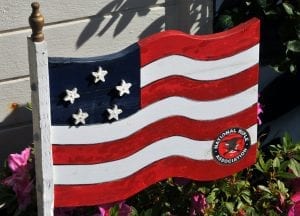 Do you have any interesting or notable facts about the NRA that we’ve missed?  Share them here in the comments section below!

This page was last modified on January 6, 2021. Suggest an edit