Tokelau is located in the Pacific Ocean, almost exactly halfway between New Zealand and Hawaii. As such, it is technically a territory of New Zealand.

Tokelau, which translates to ‘north wind’, is actually a country comprised of a group of atolls! Learn more about this exciting place by reading our fun facts about Tokelau below!

The only viable way to travel to Tokelau is by boat! It takes 24 hours to reach Toke Lau from Samoa. There is no flight nor bridge to Tokelau.

2. Nukunonu is a top tourist draw.

The most popular spot for visitors to stay at and explore is called Nukunonu. At its atoll, there is accommodation. There’s tons to see those interested in marine life – a great day out!

At Fakaofo, there is a special attraction for visitors, where they can see pigs swim! They do this to catch fish by the coral reef. 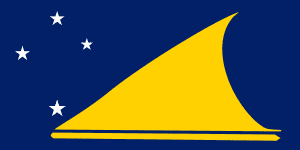 The population of Nukunonu is only 1,411. The small number of people here means that the community is very tight.

5. Save your NZ money for Tokelau vacationing!

Tokelauan is the most frequently spoken language in Tokelau, with English as a close second. About 45% of the population also speak Samoan.

Tokelau is known as being one of the smallest countries in the world, along with the Vatican and Monaco.

Tokelau produces nothing commercially. That means that it exports nothing towards the rest of the world, and only imports what it needs. It relies entirely on New Zealand for its goods and food, apart from fish and certain fruit.

9. However, it’s a wealthy enough nation.

Tokelau is known as being the wealthiest of the Polynesian countries. 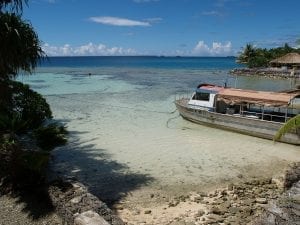 10. Their flag is fascinating!

The flag of Tokelau depicts the southern cross being approached by a canoe. This represents the people of Tokelau navigating their way via stars.

Until recent times, generating power on Tokelau was a problem for many people. Solar power has revolutionized the area. Previously, generators powered by diesel were the primary source of power. Today, solar power means a clean, cost-effective way to produce electricity.

Prior to solar power, Tokelau paid $1 million annually to New Zealand for electricity. Solar panels at Tokelau now produce 100% of the electricity!

12. It has links to Britain as well as New Zealand.

Tokelau fell under British Protection in 1877, and arrangement was formalized in 1889.
New Zealand supports the administration as a Commonwealth country – this also means that Queen Elizabeth II is the head of state for Tokelau. 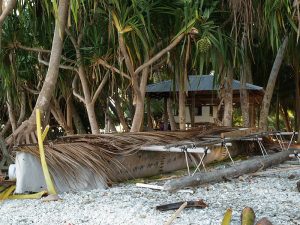 13. Climate change is a big worry.

Global warming and climate change pose a great threat to the communities of Tokelau. The highest point in their region reaches an elevation of only 5 meters! Surveillance of this is being carefully monitored.

Historically, water shortage has caused concern in Tokelau. The people have dug wells and also continue to collect rainwater to this day.

Imati is the distribution of food to ensure the dietary requirements of all residents are fairly met. Tokelauans take nutrition very seriously, and Imati is a sociable way of looking after each other. 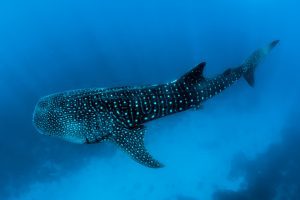 Since 2011, Tokelau has declared itself and its entire exclusive economic zone as being a shark sanctuary. This means that no commercial fishing operations in the area are allowed to target or keep caught sharks. Other shark sanctuaries around the world include the Maldives, The Bahamas, and Honduras.

How do I say ‘Hello’ in Tokelauan?

To say ‘hello’ in Tokelau, use the word ‘talofa’. This is a greeting visitors hear a lot, and a warm smile always accompanies it!

What is the national sport in Tokelau?

The national sport of Tokelau is cricket. Much like New Zealand, cricket is a very big deal in Tokelau!

What is the surface area of the atolls of Tokelau?

The surface area of Tokelau is only 4.7 square miles! The four atolls of Toke Lau are known as Atafu, Olohega, Fakaofo and Nukunonu. They are built on defunct volcanoes!

Do you know any fun facts about Tokelau?  Share them in the comments below!